“Is jazz as we know it dead? Well, that all depends on what you know.” — Ancestor trumpeter Lester Bowie

During 2010, a number of independent presenters ensured that the D.C. area remains a strong source of live, avant jazz music. For many fans, it may even be remembered as one of the city’s best years ever.

Following in the iconic footsteps of the historical late-20th-century presence D.C. Space, District-based Transparent Productions showcased an array of top talent (full disclosure: I am a founder and current producer of Transparent). Some would say that Transparent is greatly responsible for helping to sustain the music’s 21st-century appeal.

There were a number of standout moments in the company’s shows this year. William Parker — the legendary free jazz bassist who runs New York City’s world-class avant-garde Vision Festival — augmented his set by treating the audience to a screening of his rare collection of films from early N.Y. jazz loft performances. Brandon Ross and Stomu Takeishi performed a memorable evening of un-amplified duets. And who could forget striking pianist Matthew Shipp’s pre-performance on-stage discussion with Transparent Productions founding member Thomas Stanley, on the important legacy and influence of poet, playwright and activist Jean Genet?

This year’s Transparent season featured shows at Joe’s Movement Emporium and the French Embassy, and showcased the following acts:

Joe’s Movement Emporium also presented the Word Free D.C. Music Festival, organized by guitarist Jon Matis of the American Composer’s Forum. And guitarist Ed Ricart and his New Atlantis Collective emerged as welcome additions to the avant-jazz curatorial scene. The crew put together a well-received inaugural New Atlantis Festival in 2010, and Ricart says it’ll be the first of many.

A particularly standout moment in the rest of the New Atlantis schedule was the performance at Twins Jazz, put on by the reed frontline of Marshall Allen, Danny Thompson and Elliott Levin. All joined by the showcase of new generational talents, bassist Luke Stewart and guitarist Ed Ricart. The Fridge, the Freezer, Twins and Bossa Bistro are spaces that were supportive of the many New Atlantis performances heard during the year.

Further mention should be made of the French Embassy, which featured its own rare solo piano and poetry performance by the great Cecil Taylor. The Embassy also hosted the Sonic Circuits-organized rare duet performance between French guitarist Richard Pinhaus and Merzbow. Mention also goes to the Black Cat for presenting drummer Mike Reed’s quartet, People, Places, and Things, a blend of modern and classic Chicago avant-garde sounds. And kudos to the Library of Congress for their equally rare presentation of a most memorable quartet-led performance by innovative free jazz trumpeter Wadada Leo Smith.

If strung together sequentially, there were enough shows to see one each week of the year.

Unfortunately, few of these aforementioned performances received advanced press notice in the major papers, and even far fewer received post-performance reviews. That said, the Washington City Paper’s Michael J. West should be commended for his fine coverage, and John Murph’s wonderful writing on the fall Cecil Taylor show hopefully reflects a return of his deft analysis and perspective.

2010 — all told, a fine and productive year for such music, indeed.

List of avant-garde jazz performers hosted in D.C. in 2010:

—
Bobby Hill is a DJ on WPFW 89.3 FM, and he organizes the Transparent Productions music series.

D.C. pianist James Fernando is a semi-finalist in a worldwide jazz competition 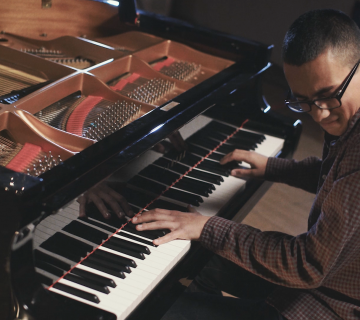 D.C. jazz musicians march against homophobia in the community 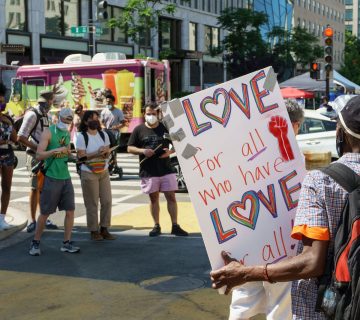