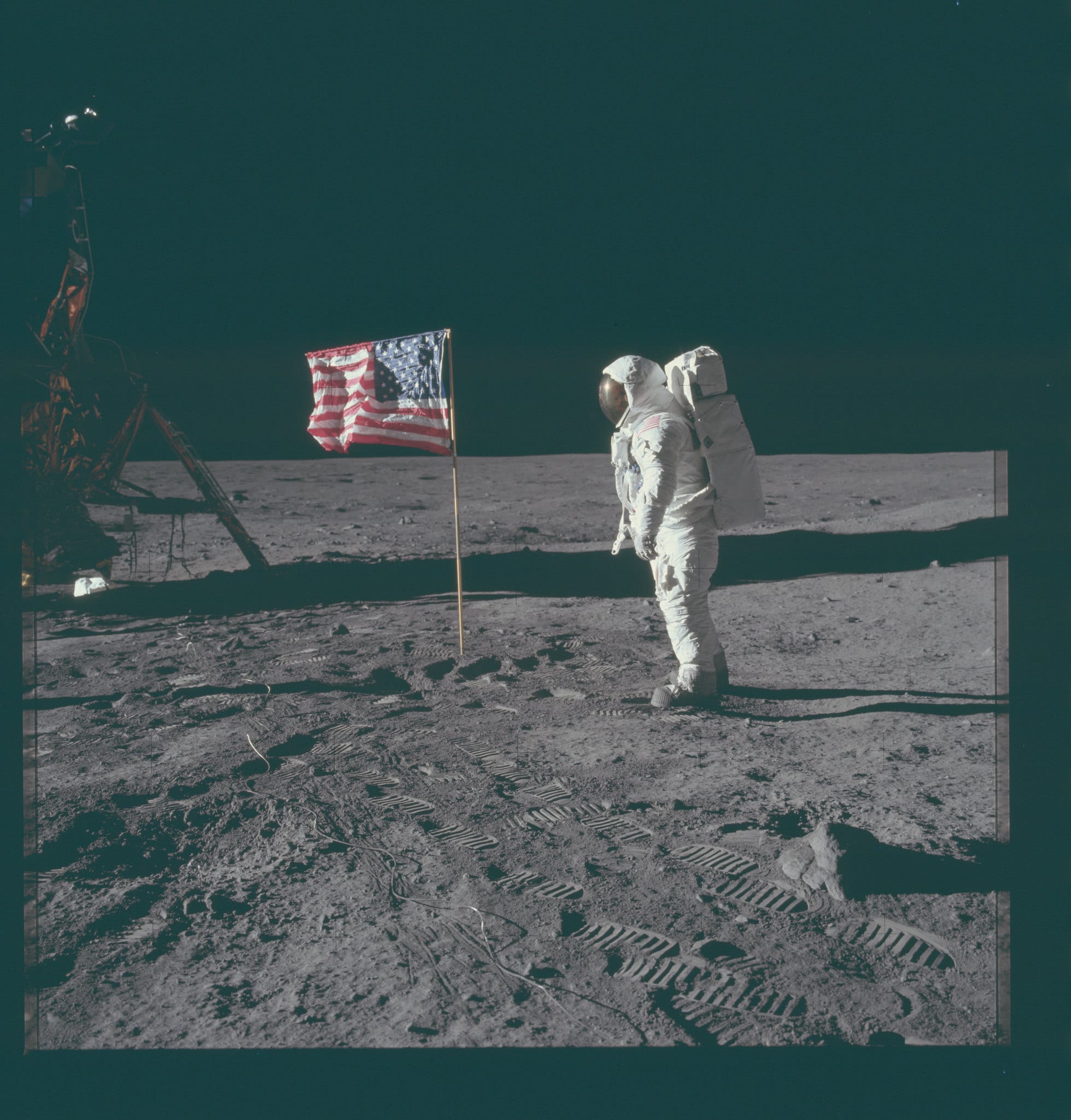 This year marks the 50th anniversary of the Apollo 11 mission, the first occasion a human being set foot on the moon. And this week NEWorks Productions is presenting two shows — at the Harmony Hall Arts Center in Fort Washington, Md., and the Kennedy Center in D.C. — to celebrate the historic moment.

The program, to be performed by the U.S. Army Blues big band, is being billed as “Blues in Orbit,” and it features selections from Duke Ellington’s album of that name. But the ensemble will also debut a new suite by Allyn Johnson — the pianist, composer and educator that our Luke Stewart once called “the dean of D.C. jazz” — titled “One Giant Leap,” and written in honor of the moon landing. Johnson joins the band on piano for performances of his new work during the two concerts this week.

Johnson’s three-part suite, commissioned by NEWorks, explores the intense emotion of the experience and its aftermath for the astronauts. But it also foregrounds some behind-the-scenes contributors who helped to put the first humans on the moon:
the “hidden figures” spotlighted in a recent feature film of that name. 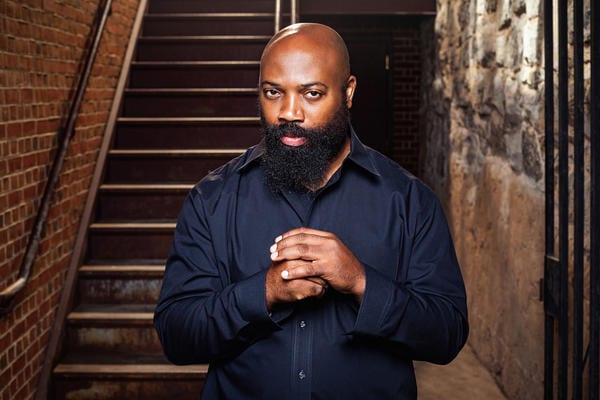 Allyn Johnson is one of D.C.’s most revered and influential musicians. Courtesy Allyn Johnson

Movements 1 and 2 of “One Giant Leap” are directly inspired by statements made by the Apollo mission’s two most famous astronauts. Neil Armstrong’s declaration, “That’s one small step for man, one giant leap for mankind,” was the seed for the first part, which features large intervallic leaps in the melody. Movement 2, called “What Is Man, What Is Woman?” sets Buzz Aldrin’s quotation of scripture — “What is man that Thou art mindful of him?” (Psalms 8:4) — to music.

The third movement, “Black Computers,” is dedicated to Katherine Johnson and other African-American women mathematicians at NASA who did many of the calculations for the astronauts’ navigation.

“What’s interesting to me is that John Glenn [the first American astronaut to orbit Earth] said he would not go up in space until [Katherine] Johnson did the computer’s calculations,” Allyn Johnson told CapitalBop. The third movement “goes from me trying to get the orchestra trying to sound like computers — you know, very ‘out’ — to a beautiful ballad which represents the women.”

By devoting the last third of his suite to these people, whose crucial roles in the Apollo missions long went unsung, Johnson also calls attention to a paradox in Armstrong’s sentiments — and to the social debate that swirled around the U.S. government’s use of public money to fund space exploration in the 1960s.

Johnson performs “One Giant Leap” with the U.S. Army Blues on April 9 at the Harmony Hall Arts Center and April 14 at the Kennedy Center’s Millennium Stage. The “Blues in Orbit” concerts are co-presented by the Maryland-National Capital Park and Planning Commission, as well as the Kennedy Center. You can reserve seats for the Harmony Hall Concert here. Both performances are free.

Editor’s note: A previous version of this article misstated the date on which “One Giant Leap” will be performed at the Kennedy Center’s Millennium Stage. It is April 14, not April 11.