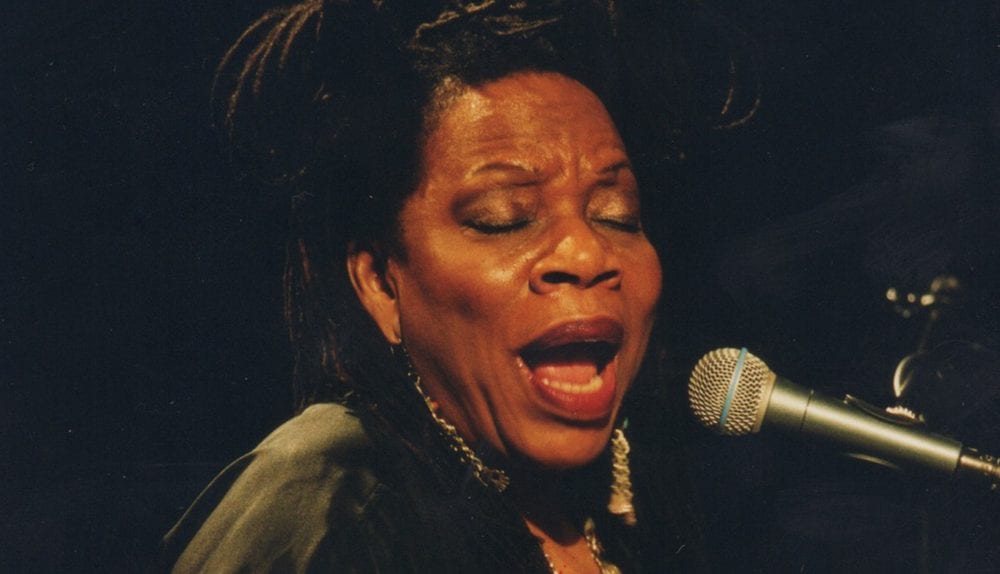 Amina Claudine Myers is one of the most respected pianists of her generation, though she’s never become the most widely known. It is CapitalBop’s honor to present this living legend of Creative Music in a very rare and special solo performance at NYU in Washington’s Abramson Family Auditorium. The concert, on Oct. 14, will be the fall installment of our Traveling Loft series. It will be preceded by a free master class, delivered my Myers, that is open to the public.

Originally from Arkansas, Myers was a pupil in the tradition of the church, where she played organ and piano. In the early 1960s she moved to Chicago, where she soon became involved with the Association for the Advancement of Creative Musicians; there her skills as a composer and arranger for voice were a source of musical inspiration for her colleagues in the organization (at the time the AACM was dominated by men, but it has since become a launching pad for some of the world’s great female voices).

Get tickets for just $15 in advance!

And register for the master class here.

In the ’70s Myers relocated to New York City along with many of the “first wave” of AACM members. She began a long and fruitful career as a leader and collaborator, with many of the most well known Creative Musicians of the time. Her gorgeous, fulsome voice complements her absolutely remarkable keyboard playing — which comprises a seamless blend of warm gospel harmonies and free-form improvising. On classic albums like Amina Claudine Myers Salutes Bessie Smith (1980), The Circle of Time (1983) and Augmented Variations (2009), Myers can convey generosity, faith and revolution in a single swoop.
Her work continues today, as her ambitious compositions and arrangements, and her innovative ensembles and collaborations, still garner attention and praise.

Performing before Myers will be Fred Foss, one of D.C.’s most treasured musicians. A performer, lecturer and teacher, Foss has taught nearly every jazz musician from the District who has gone on to stardom in the past 30 years (Ben Williams, Marc Cary, Rashaan Carter and many more). As a saxophonist, he wields a true bebop language, having developed his sound in the days of tough-love on the bandstand, playing with greats like Abdullah Ibrahim and Lionel Hampton. As a youngster Foss studied and became close friends with Jackie McLean, with whom he often is compared. However, his career has shown that he has an original concept rooted firmly in the tradition of jazz.

CapitalBop is excited to continue its Traveling Loft series with this concert of powerful elders.