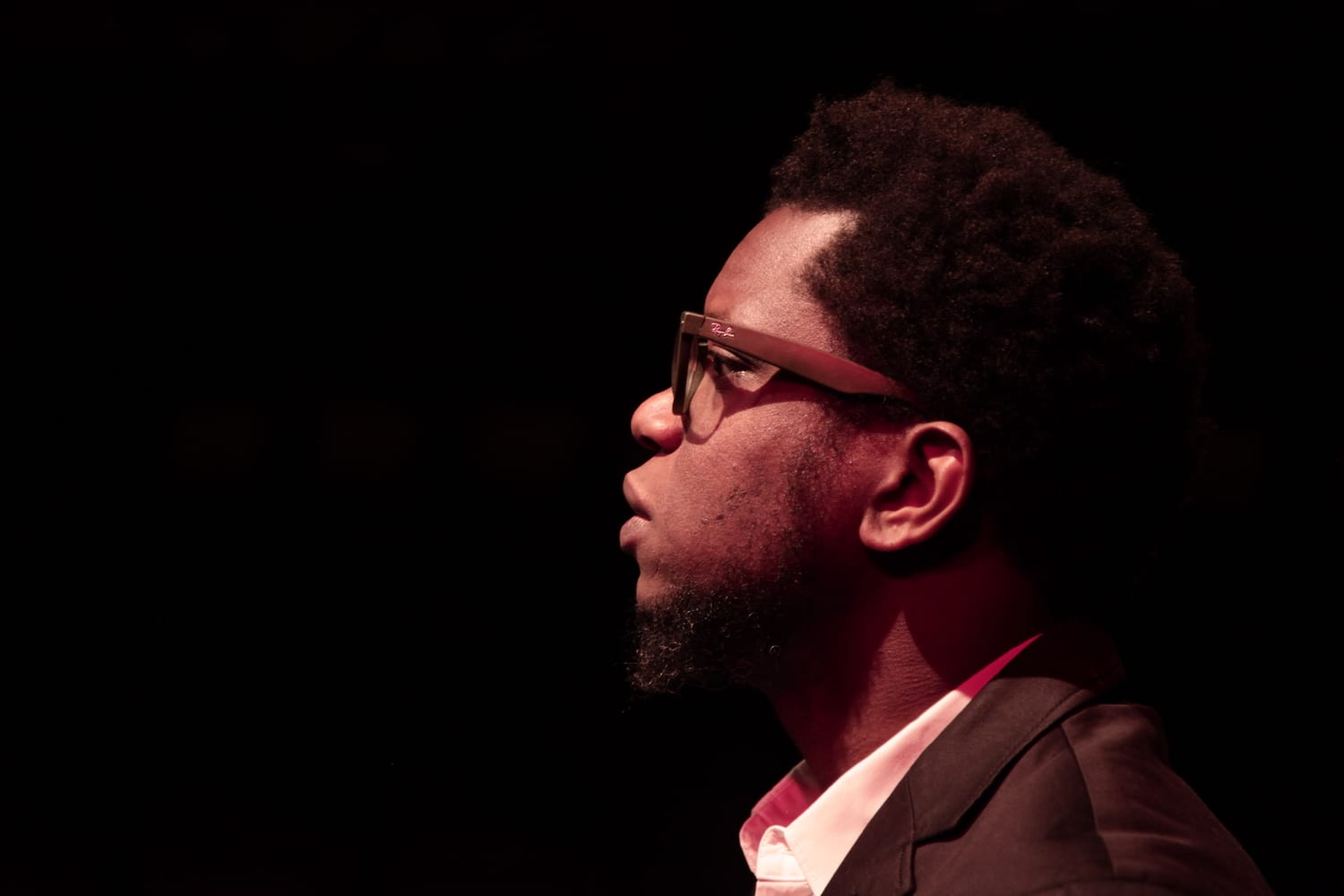 Aruán Ortiz presents himself in a tight-fitting blazer and hip spectacles, with an aerial Afro and a gap-toothed grin. His musical ideas are sometimes brash and wild, but executed with precision and tact. His demeanor is both haunting and celebratory. Onstage with his trio at Bohemian Caverns on Feb. 20, the musicians’ strong chemistry was something to observe; once your curiosity was piqued, you were down the rabbit hole. Most of the time Ortiz was far too cunning to let you catch him.

Ortiz doesn’t talk much. He likes the music to speak for itself. He began his second set with a long rhythmic exploration called “Gregorio’s Mood,” off his 2006 release Alameda. He and drummer Gerald Cleaver danced around each other, branching out and reuniting at focal points. Bassist Chris Lightcap held down a stable figure across a combination of odd meters, with Cleaver constantly displacing the rhythmic pulse.

Only a brief pause informed us that “Gregorio’s Mood” was over, before the band moved on. Ascending and descending chords immediately became the foundation for Ortiz’s next improvisations, which could seem to move beyond what we know of harmony and rhythm. The piano itself appeared to be merely an extension of Ortiz’s upper body: There was no gap between the rolling of his shoulders and the skittering sounds coming from his right hand. He marked the end of his contribution with those same zig-zagging chords, repeating them before giving way to a lopsided, drunken Afro-Cuban clave rhythm. Then Cleaver picked up where Ortiz left off, soloing at a high intensity and a low volume. The trio skated from rumba to swing, ending with a long semitonal vamp.

Ortiz’s playing reflects a lengthy and varied résumé; the Cuban-born, New York-based pianist’s collaborations have bounced from Wallace Roney and Esperanza Spalding to the Woodwind Quartet Ensemble de Santiago de Cuba and Oyú Oró Folkloric Dance Company in New York. He recorded three albums in 2012: Orbiting, Santiarican Blues Suite and Banned in London; the last of those was listed in DownBeat’s best albums of the year and received a five-star rating on BBC’s Jazz Radio.

This trio had enough common language to let their improvisations drift into uncharted waters, and see what arose. The amount you got out of their set depended in large part on your willingness to drift out there with them. The moment when Ortiz slowed down was when he seemed most adept at inviting his audience into the space they were creating onstage; during a spacious arrangement of “Alone Together,” the trio locked the audience into a trancelike bolero. This contrast came a moment too late—some listeners who couldn’t grasp his direction had already left.

The set culminated with a dissonant and frenetic arrangement. Ortiz’s left hand jumped into a motif that he reiterated as his whole body flowed as a unit, giving breath to each repetition. The trio was swinging hard and pushing forward together, gliding into their own zone yet again.

They ended their set because the club was closing, not because they were finished.“I could play piano all night,” Ortiz said. Before leaving the stage, he quickly announced the set list; even if you knew the tunes by name, you might not have recognized them by ear. Ortiz is betrothed first and foremost to the piano, not the audience, but his allegiance is unmarked by pretension. If you can hang, the journey is well worth it.