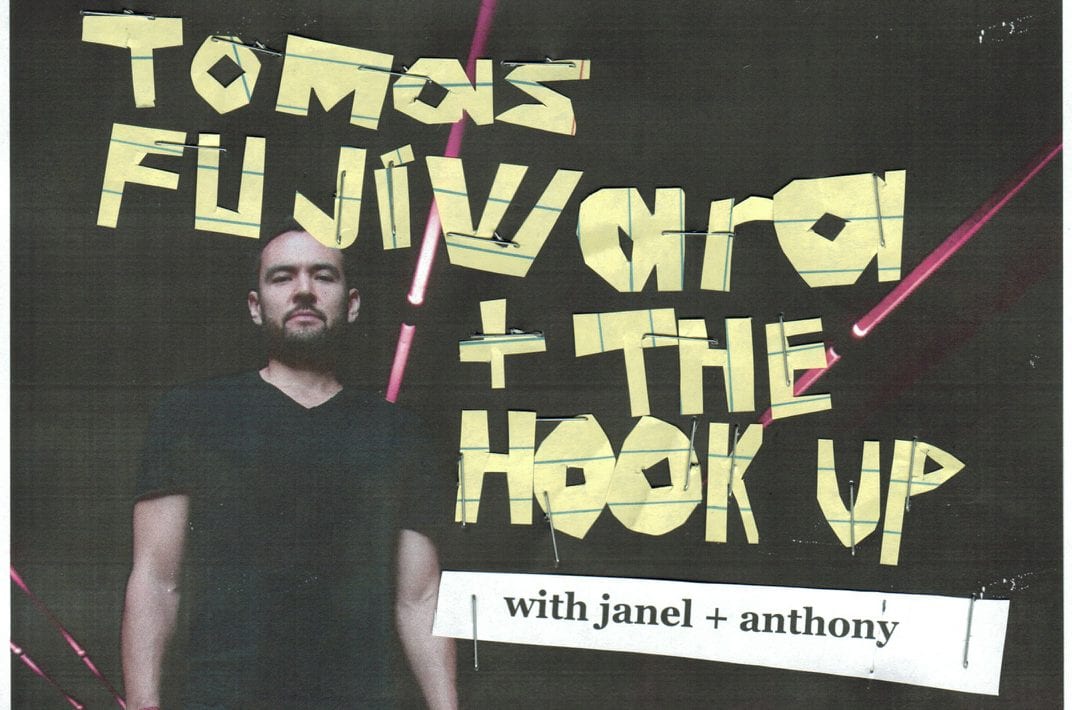 It’s not often we get to present five world-renowned musicians on the same stage, at the same time. Rarer still that we get to hear them playing in a longstanding band, with its own musical language developed over many years. But that is what’s in store this Sunday, when Brooklyn-based drummer and composer Tomas Fujiwara brings The Hook Up, his all-star experimental group. The band features Jonathan Finlayson on trumpet, Mary Halvorson on guitar, Michael Formanek on bass and D.C.’s own Brian Settles on tenor saxophone.

Fujiwara’s compositions are full of displaced accents and criss-crossing melodies, but it’s their trance-like grooves that create the roots. That, and the incomparable playing of the heavy-hitters he’s assembled.

Opening for the Hook Up are the D.C.-based musical power couple Janel & Anthony, a cellist and guitarist who both use heavy doses of looping and effects. Janel & Anthony move far beyond any conception you might have had about what an improvising duo is capable of. Each with a full board of effects pedals, they weave together a dense harmonic tapestry that is sometimes melancholy, sometimes blooming.

Don’t miss a night of amazing music at Union Arts this Sunday. Tickets are just $12 online (or $15 at the door); you can pick them up at hookuploft.eventbrite.com. The schedule is below, plus videos of the performers. RSVP and invite your friends on Facebook.