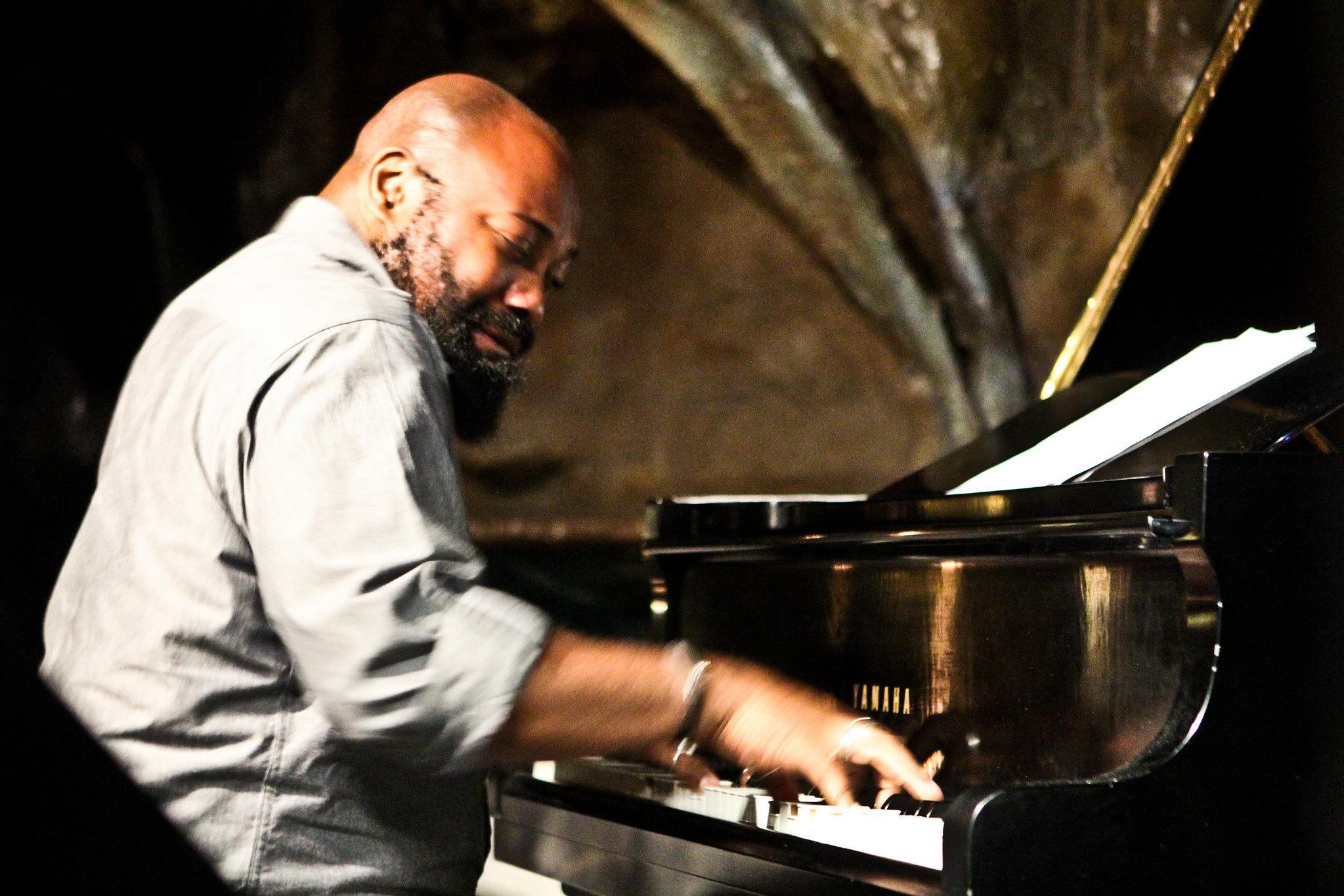 Allyn Johnson and Sonic Sanctuary are among the 24 acts that will perform via stream this weekend as part of the retrofitted 2020 edition of the. DC Jazz Festival. Courtesy Timothy Forbes Photography
News

In a normal year, the DC Jazz Festival hosts hundreds of talented artists in performances at venues around the District for over a week in June. The pandemic prevented the festival from taking place as usual this year, but its organizers have put together a five-day virtual version that will begin on Thursday and run through the weekend.

Sunny Sumter, the DC JazzFest’s executive director, said that by providing high-quality streaming from notable locations, this year’s five-day iteration should be an “engaging, exciting experience that people can have in their homes, in their backyards or wherever they gather.”

Among the virtual festival’s headliners are Grammy-winning pianist Danilo Pérez, who will lead a trio; Atlanta-based singer, songwriter and producer Baby Rose; and pianist Allyn Johnson, a D.C. jazz titan, appearing with his group Sonic Sanctuary. The performances can be viewed on the DC JazzFest’s Facebook page, on fans.com or through Gather, a new streaming platform by EventsDC.

“During this period, I think that some organizations decided to hibernate,” Sumter said. “We did not.”

The DC JazzFest has already built a formidable live-streaming operation amid the pandemic, producing online broadcasts this year that have already received over a million impressions. The festival’s debut on the virtual front came in April, when it debuted From Home, a series of live-streams featuring artists who have played at the DC JazzFest in years past.

“We had to pivot quickly,” Sumter said. “We had to think about how we are to stay viable and to continue our mission.”

This weekend’s festival will include streamed performances from 24 musical acts, with musicians from around the world appearing from their respective cities. And despite the digital barrier, the DC JazzFest intends to stay true to its own tradition by showcasing mostly homegrown talent, as well as some international artists. The DMV-based performers will play at venues throughout the city — of course, without live audiences.

On Sunday, the 6th annual DCJazzPrix, a competition for up-and-coming bands, will showcase five finalists: saxophonist Camilla George and her group, the D.C.-based saxophonist Elijah Jamal Balbed and his quartet, the North Carolina band DreamRoot, the Luxembourg-based trio Reis-Demuth-Wiltgen, and saxophonist and self-described melodic poet Mike Casey. The winner of the competition will take home a prize worth $15,000, to include professional-development assistance, a spot on the mainstage at next year’s DC JazzFest and a showcase at the Tribeca Performing Arts Center in New York. As in years past, audience members will have the opportunity to vote for their favorite finalist, as will the panel of judges.

Sumter said that in its free, virtual iteration, the festival is in some ways more accessible than ever.

“I’d like to think of it as a totally new festival,” she said. “Last year, we had 148,000 people attend. We’re hoping that with the ability to stream around the world with a global music audience in attendance, we will reach a million people.”