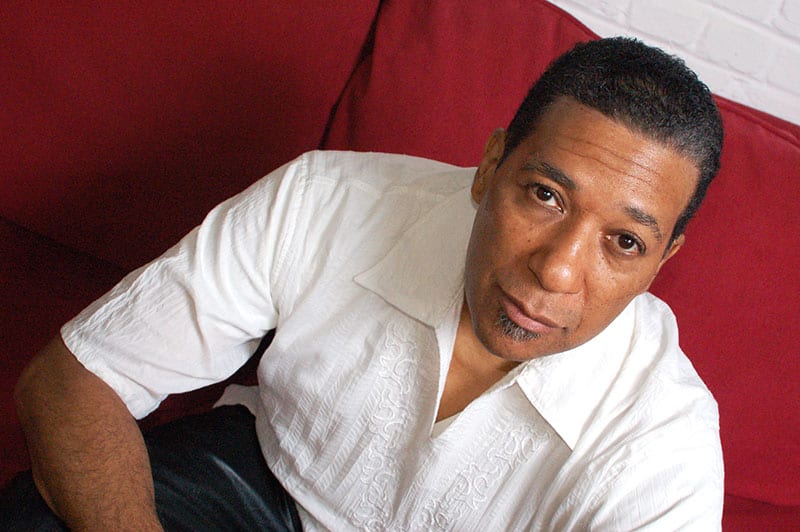 Nasar Abadey – a consummate drummer, composer and bandleader – will present his “multi-dimensional” music at next month’s Mid-Atlantic Jazz Festival. Abadey and his band, Supernova, are among myriad local talents on display at the festival, which CapitalBop previewed earlier this month. We’ll continue to look at some of the festival’s featured musicians in the weeks leading up to the exciting main event, so stay tuned for more.

Supernova is a tag team of some of D.C.’s best straight-ahead jazz musicians, who together form a sound that’s rooted in the music’s tradition but constantly reasserts the notion that jazz is meant to transcend boundaries – not hew to them. Abadey’s work is, as he tells us, concerned with “higher dimensions and deeper levels of raised consciousness.” I asked Abadey a few questions about how and why he makes his music.

CapitalBop: In the jazz continuum, where does your music lie, would you say?

Nasar Abadey: For me it is in the “now.” Over the years, I’ve checked out and researched so many facets of our music – from ancient to the future – that I am concerned about producing something that is inspired from my personal experiences today. But still keeping with the tradition of the past, with a focus on where it will go beyond now.

Additionally, my focus is on how to effect healing through sounds generated in a musical context.

CB: As a creative artist in the D.C. area, how has your perspective changed amid the year-to-year changes in politics and society of this area?

NA: That is a big issue for me, because I’ve lived in other areas before landing in D.C. And I brought my sound here. It is not especially indigenous to D.C., though [the city] has provided me the opportunity to further develop it. The way I sounded when I relocated here is the same as I sound today, only [now it’s] better. I guess my perspective has not changed, but my intentions have. I am more concerned with raising the vibration of this 3-D environment to higher dimensions and deeper levels of raised consciousness. This is the reason I refer to my music as Multi-D, multi- dimensional and multi-directional. We are seeking to dwell in levels of reality beyond 3-D.

Moreover, political and societal shifts haven’t really changed my perspectives or dharma (life’s purpose) as it relates to my overall goal. If anything, it has driven home to me the need to express my intentions with my music. There is a vital need in this area for this spiritual work to take hold. I am glad to be of the number that are traveling this path of endeavor. The numbers are growing!

CB: What sort of role do you see artists in this area taking in their endeavors, both in terms of nurturing a strong creative community, and in terms of branching out to larger communities?

NA: I’ll go back to what Master John Coltrane said: “There is a lot of self-help needed in this area.” We need to create our own vehicles for expressing our work – for getting our work to the masses and developing a strong audience base. When you do something long enough and do it well with the intent of delivering a high level of quality, eventually people take note. From that, the small audience that has followed you will help to spread this enthusiasm, causing a groundswell of reverence in your art, your music. This groundswell can snowball into a large mass. All it takes is vision, self-determination and character. This is my goal and part of my dharma.

In today’s market place, the Internet has made it easier to develop such a network and a wider market for your music internationally.

CB: As a “jazz” musician, what about live performance is important to you? What do you hope to communicate to the audience, if anything?

NA: Live performances are one of a kind. They offer the opportunity to create something new, predicated upon the performance rendered before. Our compositions recorded on CDs take on new life every time they are performed, because we are seeking to play what’s happening now. Audiences really appreciate hearing the band reach for something new.

When I was a young turk, we were amazed to hear how the greats like Coltrane, Miles, Max, Blakey, etc., reworked tunes that were pre-established in our heads from hearing the albums over and over. When they came to town to perform live, the tunes were different – faster and very explorative.

We are only following in their footsteps, and the audience is there to document our journey. As it turns out, we journey together.

CB: In Supernova, what sort of inspiration do you get from the other musicians? What do you look for when choosing the members of the group, and why did you choose these individuals?

NA: The members of my bands must share a passion for the unknown and reach with passion while not getting caught up on playing perfect. I want to hear “mistakes” on the edge because they will lead you somewhere. Perhaps to a place you’ve never been – or the audience has never been, for that matter. I love being in that dimension. It’s like an upward-outward spiral, reminiscent of the Milky Way. Other musicians inspire me to reach for higher realms of reality. I’ve reached the point in life where art is the main objective for me as a musician. So every time I perform it is important for me to not waste any quarter notes, if you know what I mean. A performance means more than to play background music, unless I am allowed to explore there as well.

CB: You mentioned that you were not from D.C. Where did you and your music develop? If it made an effect, in what way did your upbringing mold your musical approach and philosophy?

NA: I developed most of my approach to music in Buffalo, N.Y. There is a strong drum style coming out of Buffalo. I grew up in an apartment on the ninth floor, with our living room window looking over Lake Erie. I didn’t realize it then, but it was such a beautiful view of the harbor. I’d watch cargo ships come in under the assistance of tugboats! It was amazing! I’d watch the Coast Guard practice maneuvers and see the lighthouse operate the light in fog and rain. It really has had an affect on my music and how I play the cymbals. I also lived in San Francisco for a short time, where the ocean continued to color my approach to playing. This was around the time of the Haight-Ashbury era. Later on, I spent time in New York City, which really enhanced my approach to swing and high energy, which I love. There really is no place like New York.

So by the time I arrived in D.C., my sound was already developed and its direction set in stone. D.C. has provided for me an environment in which I can develop my craft in a friendly setting. There is a feeling here similar to NYC … and also the west coast. It is an international city and good place to raise a family. Although I could move my agenda along much faster in a setting like New York City, I feel that this area has more potential for a longer life. New York can and will run you down and discard you when you are all used up. I’ve watched it happen to many of my friends and others whose artistry I am a big fan of.

Nasar Abadey and Supernova will perform at the Mid-Atlantic Jazz Festival at 7 p.m. on Friday, Feb. 18.