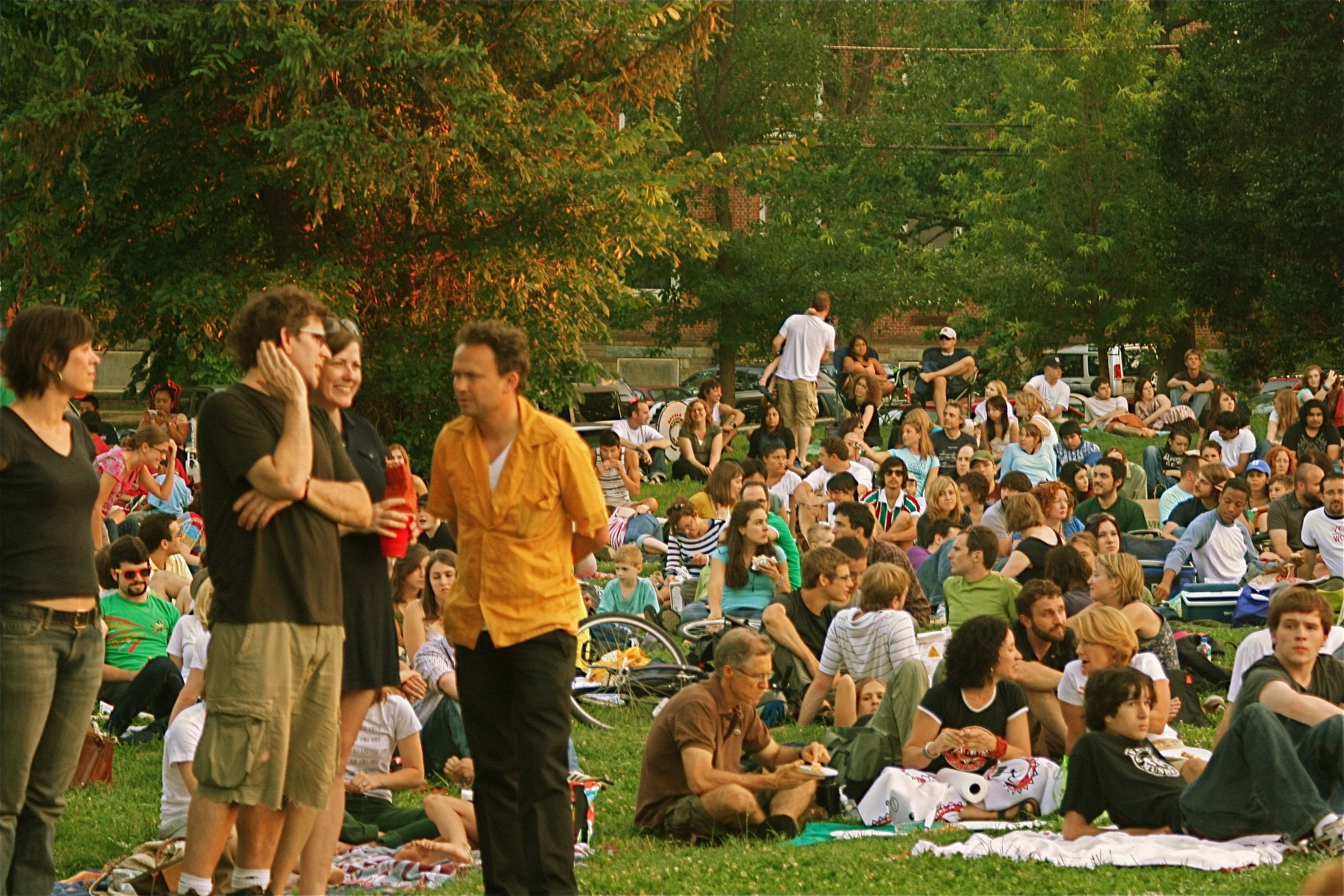 The pop star Sting recently gave a TED Talk on how he overcame a serious bout with writer’s block. Casting for inspiration, he began to compose pieces about his boyhood home, a shipyard town near Newcastle, England. When the yard closed, Sting’s hometown was economically devastated. “There’s a symbiotic and intrinsic link between storytelling and community, between community and art, between community and science and technology, between community and economics,” he said. “It’s my belief that abstract economic theory that denies the needs of community, or denies the contribution that community makes to economy, is shortsighted, cruel and untenable.”

While Sting’s takeaway on community focuses on economics, the other connections he makes are equally valid. Any arts scene that does not snugly embed itself inside the broader community is, like abstract economic theory, shortsighted and untenable. Certainly, there’s a strong sense of kinship among those of us directly connected to the music: Jazz players in this city are remarkably supportive of each other, as are the journalists and presenters who cover and showcase these artists. But I wonder whether further steps can be taken to build bridges to those without their own direct connections into jazz. (If you need evidence that there is a disconnect between us jazz folks and the greater cultural world, just take a look at Justin Moyer’s inane opinion piece on why jazz isn’t worth people’s time, from last Sunday’s Washington Post.)

First, a clarification on the word “community.” As the philosopher and theologian Jean Vanier put it, communities enable us to “welcome and help people in a way we couldn’t as individuals.” Communities are attached to a place. They’re organic, and although they bring together a group of people, they also allow for relationships among individuals to remain intimate. They also provide an identity with which one can engage the outside world.

But communities require action, contribution and development from their members. And in this regard, more effort might be required in the jazz community. You can think of the creative work that musicians provide as a form of action, and the money a listener pays to buy an album or see a performance as a kind of contribution—but a finite, transactional relationship is not where true community is built. Our ability to act and contribute to building a jazz community has been hindered by the music’s shift toward the academy over the past several decades. The conservatory’s ivory tower can be intimidating to some laypeople, and it creates its own body of knowledge and structures, resulting in a divide between those “in the know” and the uninitiated.

We don’t have to look far to find the model for a local music scene that nurtures community in a way that is inviting, not alienating—a scene that requires action from all its members, listeners as well as performers. D.C.’s vibrant indie rock scene has done that for decades, ever since it first developed in the late 1970s with the hardcore punk movement. Two free, public concert series offer us a lens through which we can see the differences between the indie and jazz communities: the performances at Fort Reno, curated by Amanda MacKaye, and the Petworth Jazz Project, curated by Tom Pipkin. (Editor’s note: CapitalBop works with the Petworth Jazz Project every August to present the New Vintage Jazz & Wine Festival.) Both are free and draw a diverse audience, but the vibes are very different. To me, one feels like a community gathering whereas the other feels like an open-air concert. 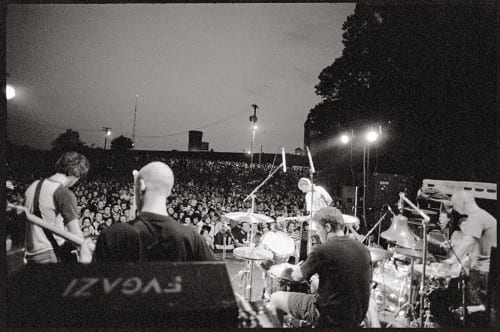 Bands that play at Fort Reno must make a pitch in a creative way, beyond simply submitting press kits. In fact, doing the latter is a strike against you. Instead, MacKaye receives creative, “DIY” packages that aim to demonstrate how passionately the band wants to play the series—which has been going on in some form or another since 1968—and how exciting their performance will be. The community atmosphere was best brought to light earlier this summer, when a change in National Park Service policy ended up doubling the cost of staging the series. The response from across the indie community was swift and intense, eventually causing the authorities to compromise. As much as I appreciate the free-of-charge jazz concerts that take place around town, I can’t envision this type of citizen response taking place, should any of them be canceled.

MacKaye nurtures the scene, and young bands, by making sure that each summer’s program includes kids that are still in high school all the way to seasoned veterans. I was at this summer’s annual “Night of 1,000 Cakes” show at Fort Reno, where attendees brought sweets that anyone could enjoy as the show took place. The lineup included a mixed-race hard-rock band called Stereosleep and was headlined by Black Sparks, a group of teenagers who were a bit green but played with more passion than any band I’ve seen in a long time. In most free concert settings,  the curator’s tastes that are laid upon the community, whereas at Fort Reno it’s much more wide-open.

The ethos of D.C.’s hardcore scene has been inclusive in other ways. During the 1980s and ‘90s, the seminal band Fugazi refused to play shows that were not all ages and whose admission was over $10. The community also had a common way of releasing its material through Dischord Records. The storied local label sells only music from the D.C. area because “this is the city where we live, work and have the most understanding. To expand would be to dilute our focus.” The label also encourages communities in other cities to “take control” of their local scenes.

Between the openness to new acts, the inclusivity to its audiences and the formation of a creative hub that gets the word out with a grassroots approach, the indie scene in D.C. has a handful of facets that could be instructive to the jazz community. All that said, I recognize that community building does not pay the rent, especially if we’re talking about free shows. Also, communities can only grow to a certain point before they are forced to lose their nebulous qualities: Musicians with national and international aspirations require support networks that can only exist with a certain level of formalized structure. Still, I strongly feel that community should be the level at which jazz’s aspirations toward greater relevance and accessibility take root. As artists, presenters and writers, we are asking for members of the broader community to listen, attend and read what we produce. In turn, we should help foster community to create a more sustainable artistic environment.

Sriram Gopal is CapitalBop’s monthly columnist. He can be reached at [email protected]. His column appears on the second Thursday of every month.