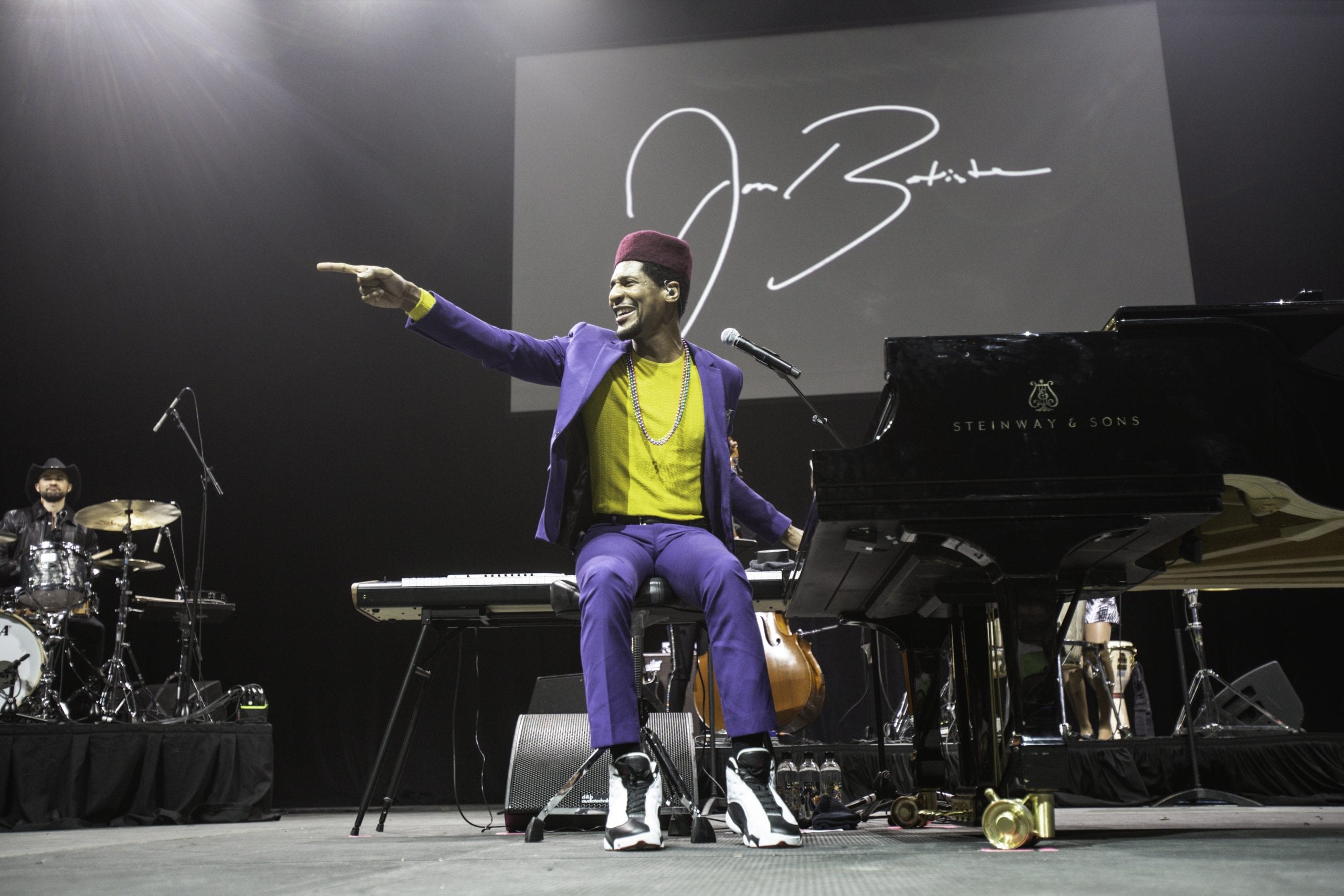 Jon Batiste and Stay Human's set at The Anthem lifted the lid on some new material from a forthcoming album. Courtesy Jati Lindsay/DC Jazz Festival
News

Jon Batiste unveiled some unreleased music on Saturday night during his DC Jazz Festival show at The Anthem.

The 32-year old star pianist, whose group Stay Human is the house band on The Late Show with Stephen Colbert, played three songs from a forthcoming album, to be titled Anatomy of Angels. The LP was recorded live at the Village Vanguard in October and November of 2018; this was Batiste and Stay Human’s first formal concert since that recording.

The three songs adhered to a much more mainstream-jazz approach than the soul, pop and jazz fusion that Stay Human specializes in on the air. The group expertly slid between the first two numbers — “Princey,” a post-bop tune that saw Batiste weaving angular chords into the mix, and “Higher,” which wedded gospel propulsion with lyricality — before showcasing the title track. Batiste introduced “Anatomy of Angels,” a seven-part miniature suite, as imagining “the anatomy of dreams from the perspective of the angels: the ancestors that are watching us.” The sections ranged from a dreamlike waltz undercut by some Eric Dolphy-esque sax blowing to Bill Evans-style piano romanticism when the group slimmed down to a trio.

Elsewhere the band was also in strong form, paying homage to D.C.’s greatest musical icon with a slow, rolling cover of Duke Ellington’s “It Don’t Mean A Thing (If It Ain’t Got That Swing).” And, typical of Stay Human shows, Batiste brought the party to a climactic finish with a tacit ode to his hometown of New Orleans, leading an energetic second-line parade around the venue.

The side musicians onstage with Batiste were Patrick Bartley on saxophone, Negah Santos on percussion, Joe Saylor on drums, Giveton Gelin on trumpet and Kate Davis on bass.

Those left eagerly wanting more should not have to wait long to hear more new music. Batiste promised that Anatomy of Angels would be out in the next couple months, though he didn’t give an exact date.