Trumpeter Ambrose Akinmusire makes his emotions known. They’re in his round eyes – which open wide and white, with an almost irritated bewilderment, when a bandmate’s improvising turns an unforeseen corner. They’re in his big brow, which can close down like a vise in concentration when he plays, only to unlock in an instant as his eyes flicker and fly open with the satisfaction of a clean surprise landing.

Most of all, they’re in that vigorous but serene trumpet attack. It rose in spikes and flares over his rhythm section’s rumbling cloud of sound during the opening strains of their performance at the Atlas Performing Arts Center on May 2.

Akinmusire, who turned 30 the day before the show, is originally from Oakland but now lives near the northern tip of Manhattan. He has been performing and recording on the scene for over 10 years, with everyone from Steve Coleman to Esperanza Spalding. If it hadn’t already been confirmed by his smoke-soaked lyricism, Akinmusire’s stature as a trumpet eminence was established in 2007, when he won first place in the Thelonious Monk International Jazz Competition.

But it was the release of his startlingly good Blue Note Records debut last year that brought him to the forefront of jazz’s little hype machine. The record’s title, When the Heart Emerges Glistening, can be either moving — if you’re religious, or metaphorical — or grisly. (The album’s trenchant protest tune, “My Name Is Oscar,” is dedicated to Oscar Grant, one of many Black men who have been brutally murdered by police somewhere in the United States recently. The song indicates that Akinmusire does have the dire on his mind, and he does believe in music’s need to put us in touch with it.)

At the Atlas, Akinmusire’s melodies — guileful, evasive things — never held the band captive. Even on “Henya,” one of the album’s particularly distinctive melodies, the quintet slithered and sparred, articulating the rigorous improviser’s credo: Nothing that’s been written or mutually understood before the moment can serve as a full presentation of real-time emotion.

Tenor saxophonist Walter Smith III stabilized the melodies with sympathetic harmonies and unison lines, plus some strong solos. And Harish Raghavan maintained an overcast undertone on bass, even when drummer Justin Brown pummeled into groovish power plays. The secret to this quintet is that the drummer really defines its sound; this seems to be the case with so many other young groups today that have reconnected with the polyrhythmic roots of jazz by letting post-Bambaataa patterns guide their course. It also makes a difference that Brown doesn’t just play with flexible, assertive command – he is also extremely loud.

Somewhere in the middle of the set, everyone but Akinmusire and pianist Sam Harris left the stage. Harris tolled a few sparse chords, two- and three-note harmonies building up a bobbing cadence, and the players fell into an almost quiescent duet. The ballad was “Regret (No More),” also from the album, and Akinmusire’s solo invited us to find the blues in hidden places. He sometimes seemed to want to cover up his own notes, too, lipping the trumpet so only a humid thread of sound could emerge, seeping out like early light finding its way through a sheer curtain. 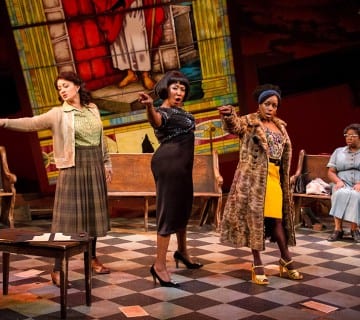 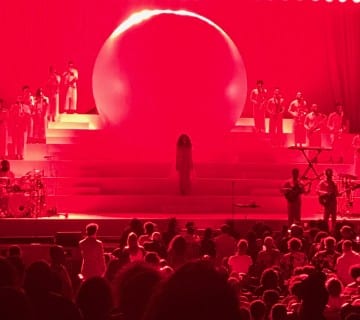 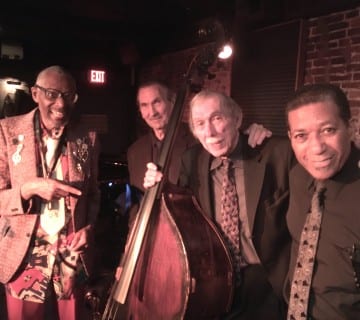