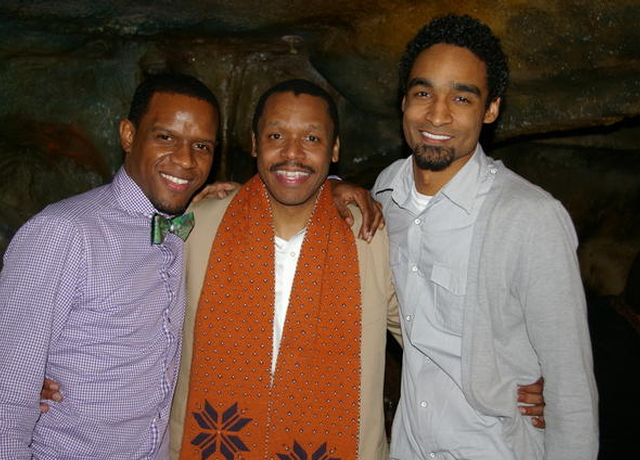 Here in Washington, D.C., we are blessed to have in our midst some of the greatest musicians in the world. Pianist Dwayne Adell is near the top of that list. The listeners who were fortunate enough to hear one of Adell’s two sets at Bohemian Caverns on Friday, Feb. 17 are now, without a doubt, aware of this fact.

Adell reads very little music. He has minimal knowledge of music theory. But upon hearing him play, it becomes plain that none of this matters. He has the ability to play virtually anything on the piano, from jazz to classical and everything in between, all by ear. He once placed first in an international classical piano competition, for which he learned challenging Rachmaninov pieces simply by listening to a recording; his mastery was so complete that he even added improvised variations. Adell was up against pianists who had been playing from a very young age, with training from some of the most revered conservatories on earth. None stood a chance against Adell’s ability to internalize an extremely difficult piece of music, and extrapolate from its melody and harmony.

On Friday, this mastery translated into a magnificent display of improvised soul in a jazz piano trio. Few other than D.C.’s own top musicians could have kept up with Adell’s seemingly endless stream of fresh ideas and blazing technique. That’s why it was a thrill to hear the young bassist Kris Funn and drummer Quincy Phillips alongside him at the Caverns.

I walked in shortly after the completion of the first set, as throngs of people walked out of the club with a distinct look of absolute amazement on their faces. All I heard was “amazing,” “unbelievable,” “incredible,” as I made my way to my seat. For the second set, the audience seemed to be a little more sparse, but very lively.

The second set started with Adell playing an improvised rubato solo, filled with expressive note flurries. When he adopted a steady tempo, Funn and Phillips suddenly recognized that he was playing a blues and jumped right in, comping as he built the harmonic and rhythmic tension. When it seemed like it might be time for a bass or drum solo, the band instead laid out and Adell changed piano styles on a dime, as if someone had flipped a switch in his mind. The solo was not the least bit out of place, as he used his left hand to play bass support in the piano’s lowest octave while improvising on his right hand. He was playing stride, just as well as any of the great pianists of the early 1900s. As the band returned, Adell switched back to the classic blues comping as Funn and Phillips traded solos. The tune ended with thunderous applause from the audience.

Adell then performed his own renditions of “Autumn Leaves” and “Giant Steps,” playing the changes but substituting his own melodies. In typical fashion, Adell spent the performance moving from tune to tune without any predetermined setlist. His rhythm section was kept constantly on its toes, listening out for what Adell would do next.

By the end of the set, after an astonishing, Monkish blues, the crowd was behaving as if in church, listeners clapping and moving in their seats, unable to hide their excitement and amazement at the trio. As the last chord was played, the audience rose for a standing ovation, demanding an encore. The group obliged, and settled back into their spots for a final blowout – an uptempo minor blues. The three playing together kept the energy at a high level, while Adell used the full range of the piano, playing 16th- and even 32nd-note runs. Re-harmonizing the changes, he conjured ghosts from Bach to Duke Ellington. And it didn’t stop there. Once it seemed that the group had reached its limit, the tempo suddenly sped up – past a breakneck speed.

At the conclusion, everyone glanced about the room in awe, even the musicians. Dwayne Adell had proven that his mastery of the piano and the music rivals that of any of the greats, from Erroll Garner and Art Tatum, from Bud Powell to Oscar Peterson. We can only hope that one day, Adell will be able to tour and be recorded properly under correct circumstances, so his voice can be heard by audiences beyond the D.C. area.