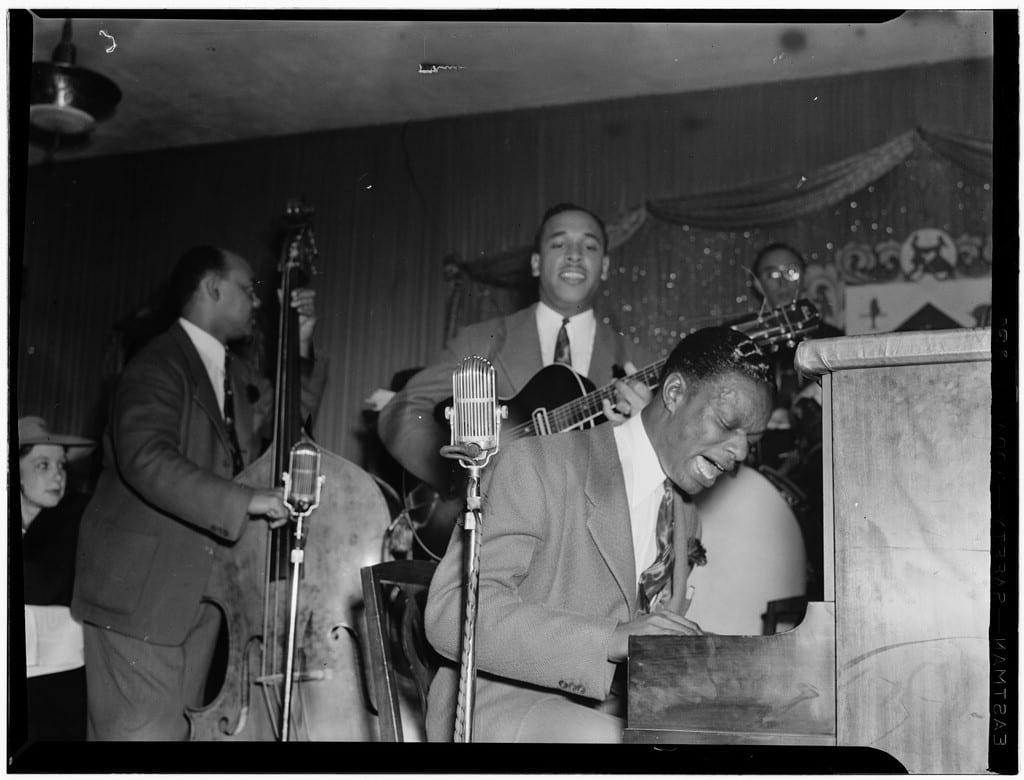 The Nat King Cole trio, with Wesley Prince on bass and Oscar Moore on guitar, was the ensemble that launched Cole's career. That group's earliest work is collected in a new box set. Courtesy William Gottlieb/The Library of Congress
News

A just-released boxed set of music from the early career of Nat King Cole reveals that he once wrote and recorded a song dedicated to a D.C. nightclub owner.

“The Romany Room Is Jumping,” which that had never previously released commercially, appears on Hittin’ The Ramp: The Early Years (1936-1943), a new collection of the iconic pianist and vocalist’s earliest recorded works. It comes out on Resonance Records, a label known for historical jazz finds, which is co-run by Silver Spring native Zev Feldman.

In the spring of 1941, the Nat King Cole Trio was playing the Romany Room, Paul Young’s then-popular downtown club on 13th Street NW. During Cole’s residency, Young’s wife gave birth to the couple’s first child, Barry. Cole marked the occasion by writing and recording “The Romany Room Is Jumping” for the Young family.

The family held onto this sole recording for over 50 years, letting it bounce from basements to attics, until Paul’s grandson Zachary discovered the 78-rpm disc and contacted Jordan Taylor (who co-produced Hittin’ The Ramp). Zachary Young told NBC 4 Washington, which first reported the local connection, that he grew up listening to his father whistle a tune that he claimed Nat King Cole wrote for Zach’s grandfather.

Taylor says its not clear why Cole wrote and recorded “The Romany Room Is Jumping,” as Cole and Young likely would have just met.

“March, April, May 1941 was the first time the [Nat King Cole] Trio worked outside of L.A.,” Taylor told CapitalBop in a phone interview this week. “And there’s no evidence of him doing this elsewhere … not that we have found, which certainly makes it that much more special.”

Taylor went on to add, of the discovery of the song: “It’s a great feeling, but it’s even better to be able to get it out and heard by anybody who actually wants to hear it.”

Hear an excerpt of “The Romany Room Is Jumping” below.