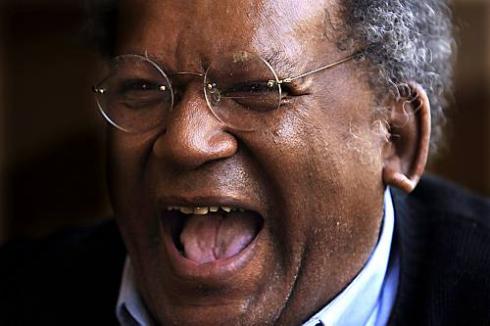 Anthony Braxton will perform at the Kennedy Center for the first time in his storied career. Courtesy intoabluehaze.blogspot.com

From the Kennedy Center’s well-appointed vantage on the banks of the Potomac, jazz has never seemed so accommodating, so open-armed, as it does this week.

The center on Tuesday announced its 2012-’13 jazz season, the first under the curation of Jason Moran, the institution’s new artistic advisor for jazz. The lineup is bursting with variety, including names as divergent as Mulgrew Miller, Anthony Braxton and Medeski, Martin & Wood.

The 36-year-old Moran, an award-winning pianist and composer, isn’t out to erase the music’s vaunted history from our present conversation. Note the long-shadowed presence of Dr. Lonnie Smith, the Heath Brothers and the Dizzy Gillespie All-Star Big Band on the schedule. But there’s no doubt this season — which begins in October and runs through the following June — represents a fleet fast-forward for the center, long considered an artistically conservative institution.

JALC will focus, as usual, on codifying the impression that jazz is an historic language, one that can perhaps be pronounced in a number of accents but must nevertheless be defined by a specific grammatical code. Inasmuch as its 2012-’13 schedule ventures outside the realm of what’s commonly called “jazz,” it does so mostly by including blues musicians – practitioners of a progenitor to jazz, not a contemporary extension or outgrowth of it. The Kennedy Center, on the other hand, invites all manner of modern-day brethren into the tent: jam band musicians (Medeski, Martin & Wood), funk-jazzers (Soulive), an Afropop-jazz alchemist (Lionel Loueke).

If there’s one thing that unites those three artists, it’s that their music is so plainly tied to the act of movement. Unlike so many “serious” jazz musicians, they really want you to make you dance. That attitude is the cornerstone of Moran’s own Fats Waller Dance Party, a project he introduced last year with the D.C.-reared vocalist Meshell Ndegeocello. In it, Moran and Ndegeocello return Waller’s music to its original function as a catalyst for dancing and revelry, by refracting his songs through a fusion of electronic music, R&B and jazz. (JALC will also be holding a dance party next season, but that will feature the Harlem Renaissance Orchestra, a firmly anchored ensemble whose self-described mission is to “keep the spirit of big band swing music alive.”) The Fats Waller Dance Party – as well as the Medeski, Martin & Wood and Soulive concerts – will take place at the “Supersized Jazz Club,” a Moran brainchild that will take over the Kennedy Center’s atrium with a dance floor, sofas and a bar.

When Jason Moran implores us to dance, he’s validating the idea that entertainment and diversion can be worthy goals in and of themselves: He believes jazz has something to gain from self-identifying as fun. That’s a big part of why he has planned a night of music and comedy that he will co-host with David Alan Grier. And it’s why Moran’s famous trio, the Bandwagon, will lead at an election-night jam session on Nov. 6 that’ll be more of a party than a concert.

It also bears noting that, while the JALC season lacks any shows headlined by artists under the age of 30, at the Kennedy Center, 22-year-old pianist Kris Bowers and 24-year-old Julian Lage will take center stage in separate performances. Bowers applies equal dashes of piano mastery (having just won the Thelonious Monk International Jazz Competition) and contemporary swagger (having just recorded with hip-hop stars Jay-Z and Kanye West on their recent album, Watch the Throne). And Lage, a wunderkind guitarist, will appear alongside piano master Fred Hersch in an up-to-the-minute meld of classical and jazz.

Then there’s the issue of legends. JALC, for its part, is devoting many shows to honoring the music’s hall-of-famers, often in posthumous celebrations of giants such as John Coltrane, Nina Simone and Joe Henderson. Moran’s Kennedy Center season will put less focus on those already deified, but he has invited some living legends. The ones he has chosen are telling.

Drummer Jack DeJohnette, a fusion pioneer and genre-loathing mastermind, will appear as part of his 70th birthday tour. And the avant-garde composer, saxophonist and conceptualist Anthony Braxton will perform at the Kennedy Center for the first time in his more-than-four-decade-long career. If Braxton’s music isn’t exactly dance-inviting, he has surely done more than almost anyone else to fray the margins of what music we consider to be digestible, and pleasurable. That’s a righteous legacy, and one to which Moran clearly aspires.