Years in the making, the vast and illuminating Max Roach collection was finally unveiled on January 27 at the Library of Congress. The approximately 100,000-item archive gathers many of the famed drummer’s correspondences with musicians, poets, political luminaries and other personal friends; photos; music scores; and recordings, representing every period of Roach’s nearly 60-year career. And it includes the manuscript to an autobiography that he co-wrote with the late Amiri Baraka, but eventually abandoned.

At the event, Larry Appelbaum, the library’s chief jazz archivist, mentioned in his remarks that one of the most revealing aspects of this collection is Roach’s contracts. For the first time, the public can see and analyze the interaction between a widely noted and well-respected musician and the mid-century music industry. “Never before have we been able to see in such a vast collection the place where the musician meets the business,” Appelbaum said.

Roach is widely considered to be one of the most influential musicians in jazz. He joined the New York City scene in the early 1940s, just as bebop was being born, and his fierce, cross-hatched swing feel helped give the music its identity. He would go on to become a famed bandleader (first with the Clifford Brown-Max Roach Quintet, then with a variety of bands, including his all-percussion ensemble M’Boom), as well as an important Civil Rights and Black Power activist and advocate for the rights of jazz musicians. The library’s collection sheds light on all these sides of his persona. 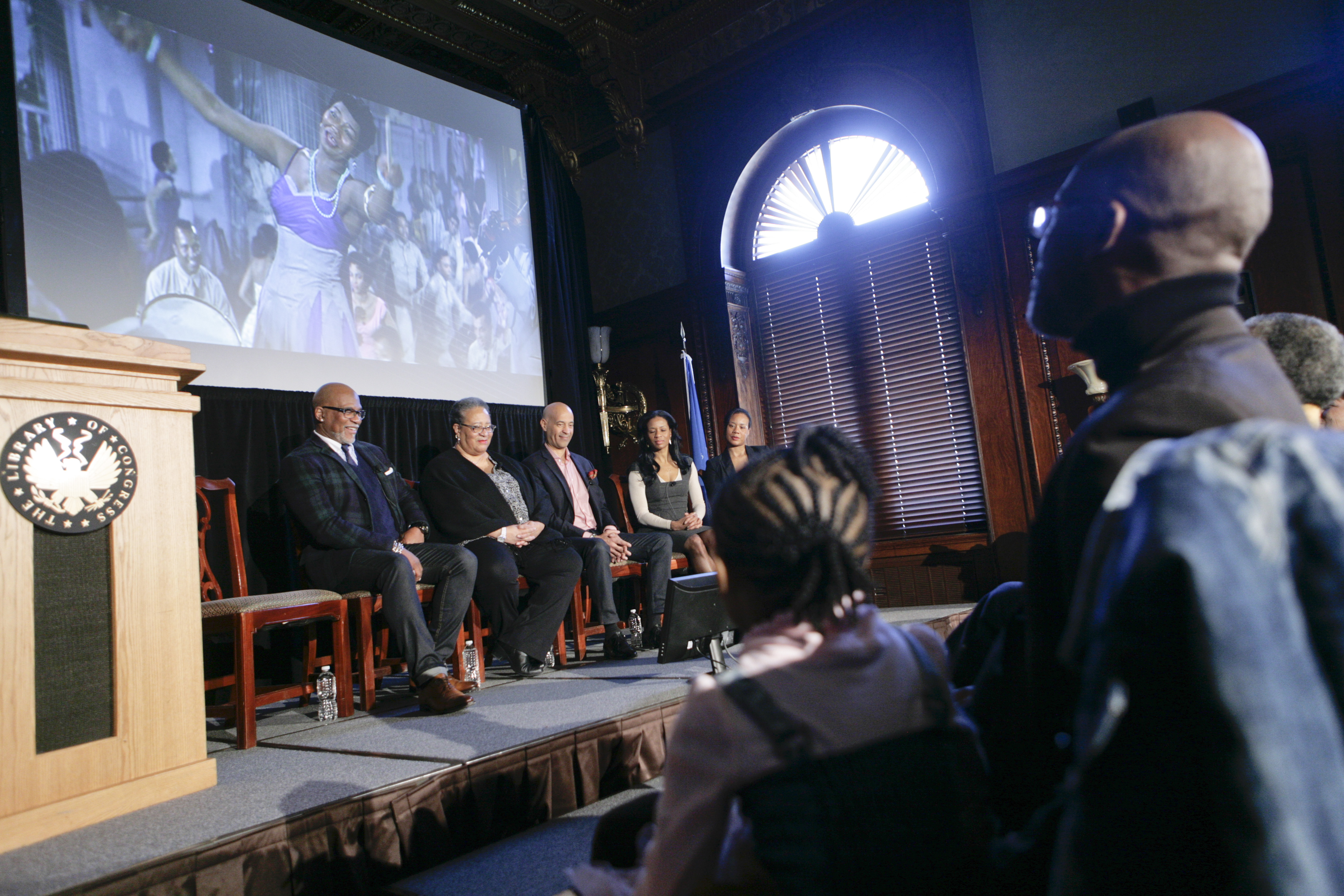 Max Roach’s children sat on a panel discussion at the unveiling of the LIbrary of Congress’s new collection. Courtesy loc.gov

The unveiling presentation took place in the Thomas Jefferson Building’s meeting room, where selections from the new collection were on display, including some of his contracts. They showed information ranging from musicians’ salaries to travel costs, as well as pictures and promotional materials from Roach’s many performances. Bits of the autobiography manuscript were peppered in. But perhaps the most eagerly anticipated items were Roach’s letters to different musicians and creative colleagues: The ceremony’s tip-of-the-iceberg display showed letters from Charles Mingus, Maya Angelou and others. Notably, there was a nearly illegible letter written by the pianist Hassan Ibn Ali, a spectral persona in jazz history who recorded on only one known album, with the Max Roach Trio, and is a source of wonder for many researchers.

Appelbaum introduced the collection by playing some audio and video clips that are included. Again, the story of the pianist Hassan came up when his only other known recording was revealed to the audience. A solo piano version of his “Almost Like Me,” as recorded in Roach’s own living room, filled the room. Hearing this brief, never-before-publicized recording, the audience felt the importance of this collection.

After this, a panel discussion followed featuring Roach’s five children. The discussion was often nostalgic, as the siblings took turns recalling interactions with different musicians while displaying an immense amount of love and respect for their late father, who died in 2007. His oldest daughter, Maxine, is a viola player who has appeared on a number of popular recordings from the 1970s to the present, including some recordings and performances with her father. A classical musician, she recalled, “My father was one of the best chamber music players I’ve ever heard.”

The audience also included some of Roach’s notable collaborators. Invited to the podium was Janus Adams Roach, Max’s third wife, who invoked the names of Roach’s parents, who took their infant son to register his birth on January 10, two days after being born.  Mistakenly, Mr. Roach’s birthday is celebrated on this later date, rather than the true date, January 8. The poet Sonia Sanchez was then called to the podium, and she read her “10 Haiku for Max Roach,” receiving a standing ovation. Lastly, during the question-and-answer period with the audience, the veteran musician and radio programmer Brother Ah (known previously as Robert Northern) reverently recalled his friendship with Roach, telling how the drummer had taught him how to behave while on tour as a young musician.

The unveiling was well received by the audience, as the collection has been highly anticipated. Appelbaum stated that it is up to musicians, researchers, scholars and journalists to make use of this and other collections in the library, so that the information stays alive and relevant. Even so, with this amount of rich material, only about two-thirds of the collection has been catalogued and made available to the public.  As for the rest, as Larry Appelbaum explained, “It will take a few years, at least.”