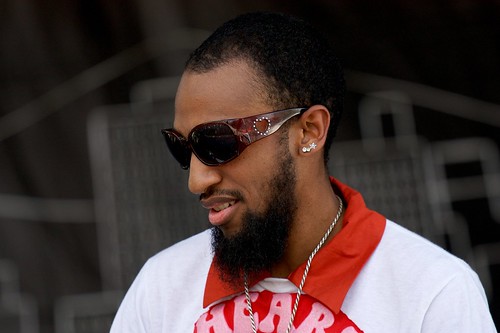 Jonathan Scales is a freak of nature on the steel pan drums. He performs at Red Door on Thursday. Courtesy nottheonlymaxm/flickr

Every week, we run “Weekend in Jazz,” highlighting all our favorite shows around the city that weekend. But this Thursday is so tightly packed with a range of exciting shows that we felt the need to pluck some items off the D.C. jazz calendar and highlight them separately. Don’t miss this evening of stellar shows! There’s a concert at Strathmore with cool jazz icon Lee Konitz; performances at the Convention Center by legendary pianist Randy Weston and D.C.’s own rising star bassist, Ben Williams (preceded by a major discussion led by U.S. Rep. John Conyers on the importance of jazz as a music of social justice and civil rights); and a late-night show at the redoubtable Red Door loft featuring two diverse talents, Jonathan Scales and Juini Booth. And that’s not all – check the “honorable mentions” at the bottom of the post for a list of compelling shows around the club circuit on Thursday.

At this year’s annual Congressional Black Caucus Foundation Jazz Concert, the legendary hard-bop pianist and Black Arts leader Randy Weston will perform with his talented African Rhythms combo. Young gun Ben Williams, a D.C. native whose debut album recently topped the jazz charts, will also perform with Sound Effect, his stellar, groove-based jazz group. Prior to the show, from 3 to 5 p.m., a panel discussion will take on “The Legacy of Modern Jazz Masters and Black America’s Quest for Freedom.” The panel includes Dr. Leonard Brown of Northeastern University, vocalist and instructor Jessica Boykin-Settles of Howard University and WPFW disc jockey and author Willard Jenkins, among others. The event is hosted by U.S. Rep. John Conyers. Free. Click to view event on calendar

Jazz legend Lee Konitz will be featured at this performance by the Brad Linde Ensemble at the intimate Mansion at Strathmore. Early in his career, Konitz was in the nonet that recorded Miles Davis and Gil Evans’ famous “Birth of the Cool” album, and from there he has not ceased to innovate. Though initially aligned with the cool movement, Konitz also went on to embrace the avant-garde, and his music nowadays is a singular brand of post-bop: slippery, lyrical and extremely nimble (in spite of his octogenarian status). Fellow saxophonist Linde is one of Konitz’ students, and leads this cool-oriented ensemble, which will feature Dan Tepfer, one of New York City’s brightest young piano players. Tepfer’s compositions will make up the bulk of the program this evening. Tickets $30. Click to view event on calendar

Juini Booth is a deep, spiritually guided bass player whose résumé practically jumps off the page. Hard-bop architect Art Blakey, free jazz legend Albert Ayler, piano revolutionary McCoy Tyner, jazz-pop fusion trumpeter Chuck Mangione – they’re all on the list. His broad, elastic sound is based in the rhythms of West African spiritual music, and its infectiousness is immediate. He’ll perform here in a combo featuring one of D.C.’s most respected drummers, Nasar Abadey. Following Booth’s performance comes the Jonathan Scales Fourchestra. Scales is a steel pan drummer who tends toward funky, rockish compositions. He’s a virtuoso, and his quartet brings a pounding energy to the stage. $15 suggested donation, BYOB. Click to view event on calendar FULL DISCLOSURE: Editor Luke Stewart is an organziser of this show, but CapitalBop is unaffiliated with it.