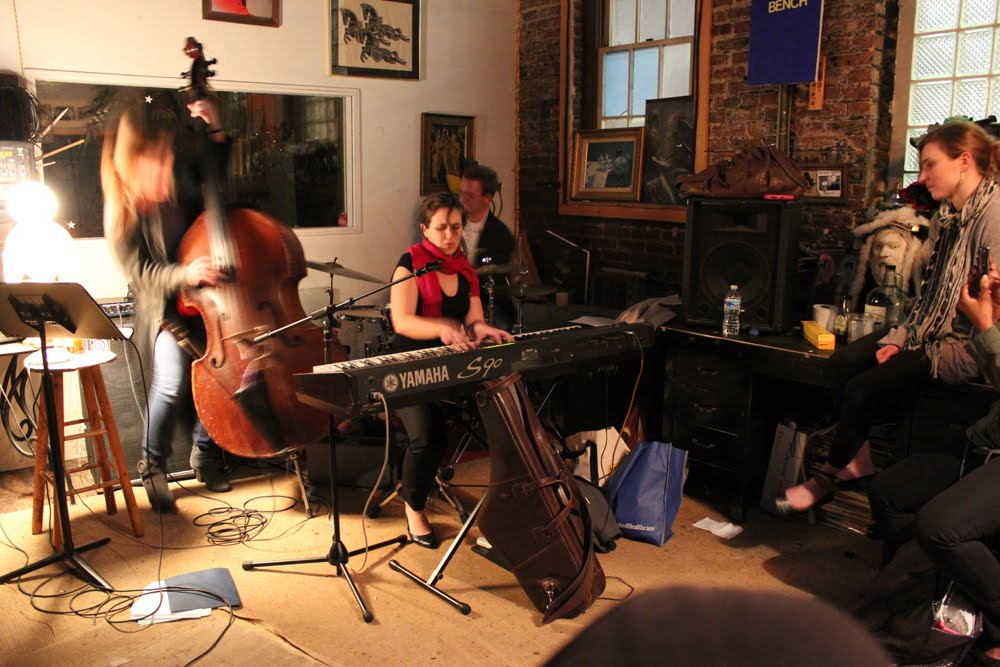 The biggest news in the D.C. jazz scene over the past few weeks has almost indisputably been the Washington Women in Jazz Festival. That’s appropriate, given that March is Women’s History Month, but most folks would be lying if they said they predicted such a wide-ranging display of talent.

See, this city’s many expert female musicians too often fly under the radar – as is frequently the case in the male-dominated greater jazz world. But pianist and singer Amy K. Bormet’s festival has been a resounding success, with folks from around the city breathlessly taking note and taking part.

Tonight marks the fourth and second-to-last show in the festival, which has presented performances every Wednesday in March. So it seemed like a good time to throw up some photos from last week’s WWJF show at Red Door, site of the D.C. Jazz Lofts. (Twins Jazz, home base for the festival, was booked up last week, so CapitalBop partnered with Bormet to present the loft show.)

Last week’s featured performers were Bormet, Integriti Reeves on vocals and Karine Chapdelaine on bass, plus Andrew Hare on drums. The remarkable tap dancer Melissa Frakman was featured on a few pieces, too. The best part about shows at the loft, of course, is the cooled out vibe and the free flow of musicians who rotate on and off Red Door’s makeshift stage. Last Wednesday was no different, with the likes of singer Andrea Wood and alto saxophonist John Kocur sitting in and bringing fire. For a few gripping performances, Christie Dashiell and Sarah Hughes also joined on vocals and alto, respectively, offering a preview of the lineup that we’ll see next Wednesday at the WWJF’s closing show at Twins.

Tonight’s WWJF gig is sure to be a burner: Leigh Pilzer, a heady and exciting saxophonist, will play at Twins with Jessica Boykin-Settles, probably the preeminent jazz vocalist in D.C. (More info on the gig is available here.) Boykin-Settles was at the loft show last week, but she stood discreetly to the side, simply smiling and moving along to the music. She had a look of sublime satisfaction, no doubt because she wasn’t just listening to great music; the Howard University faculty member was seeing three of her former students – Reeves, Dashiell and Bormet – excel. Here are a few shots from the show. 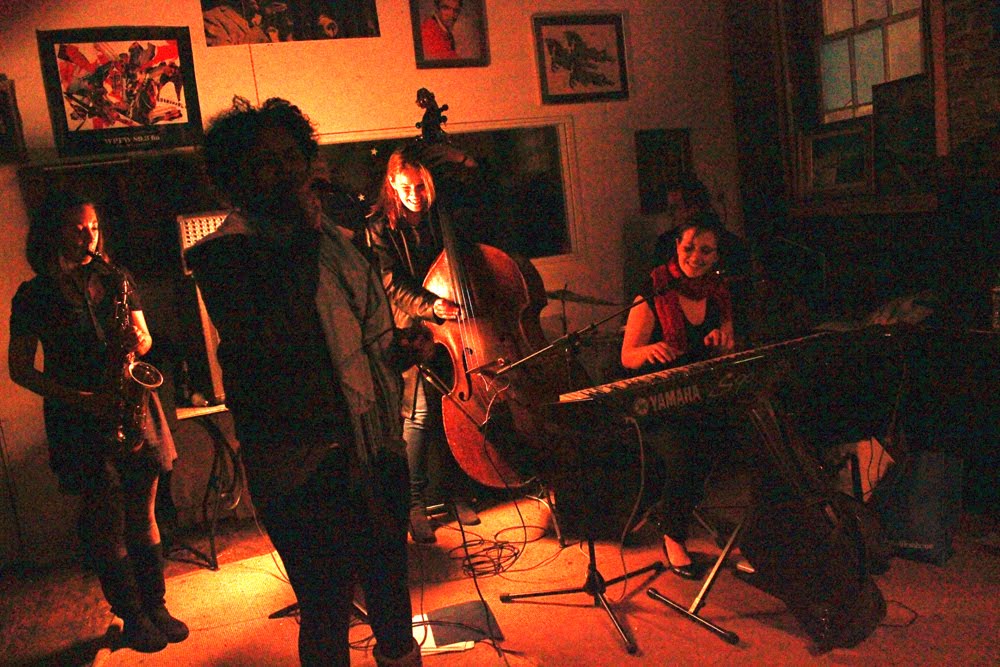 Saxophonist Sarah Hughes and singer Christie Dashiell, who headline next week's WWJF finale at Twins Jazz, sit in at the loft. 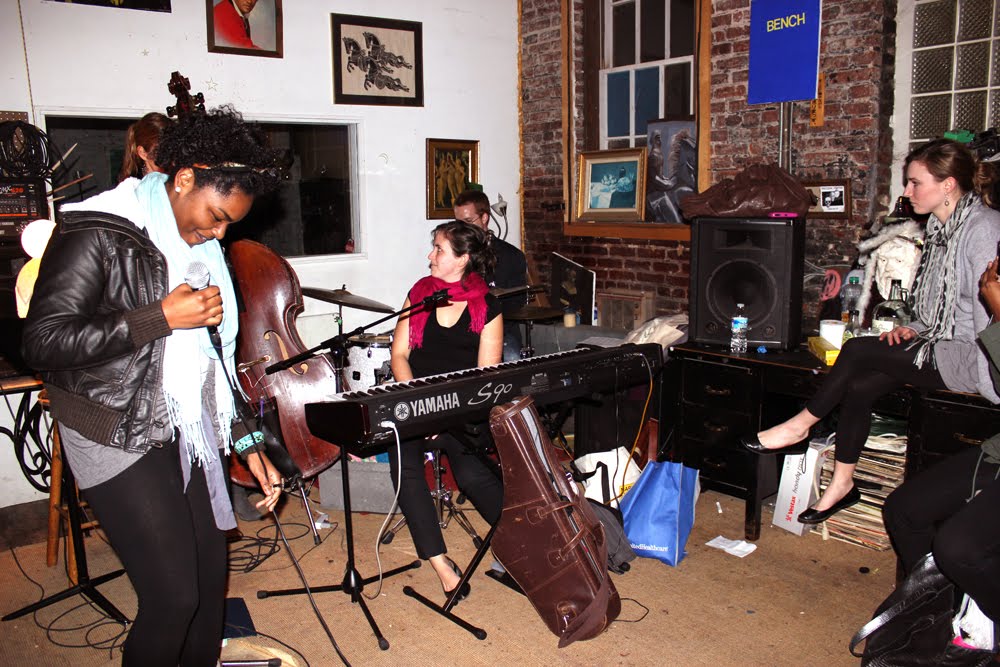 Dashiell, left, and Bormet get ready to start a song as vocalist Andrea Wood looks on. 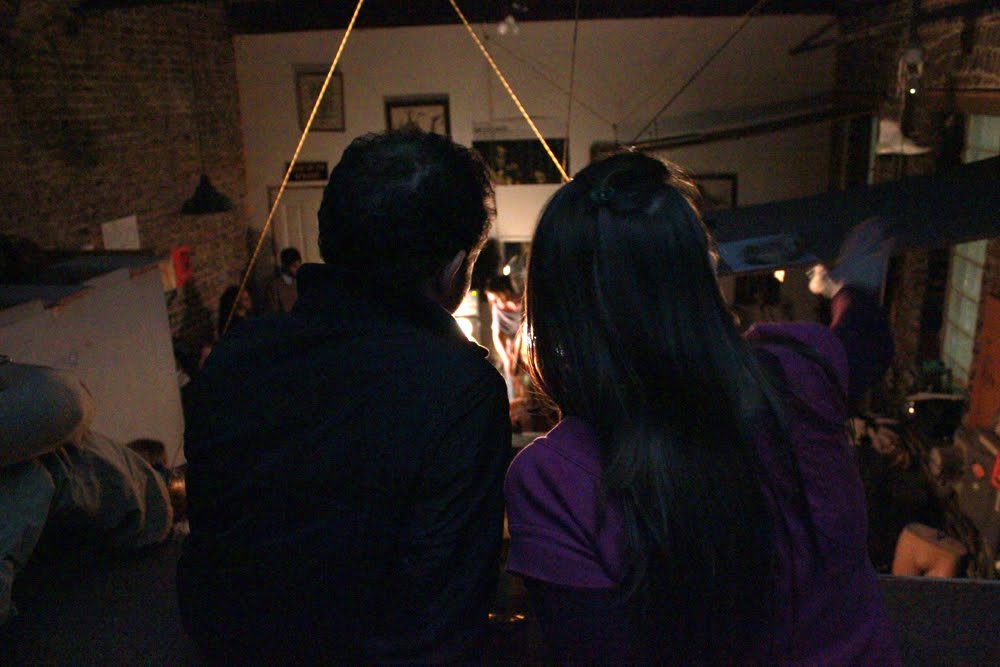 A couple takes in the music from the loft's second level. In the background, Karine Chapdelaine plucks the bass. 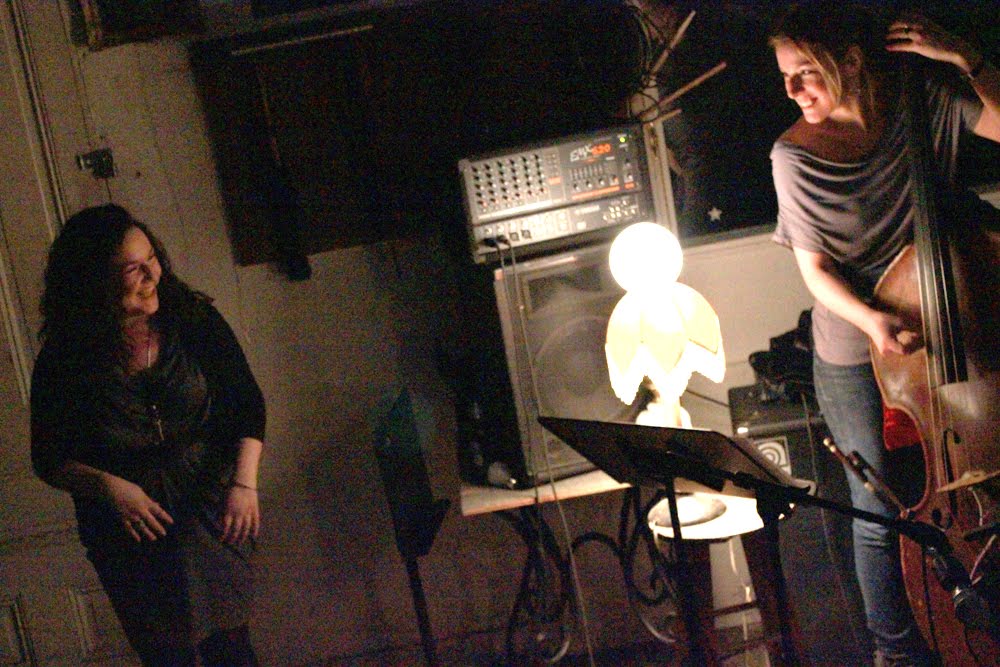