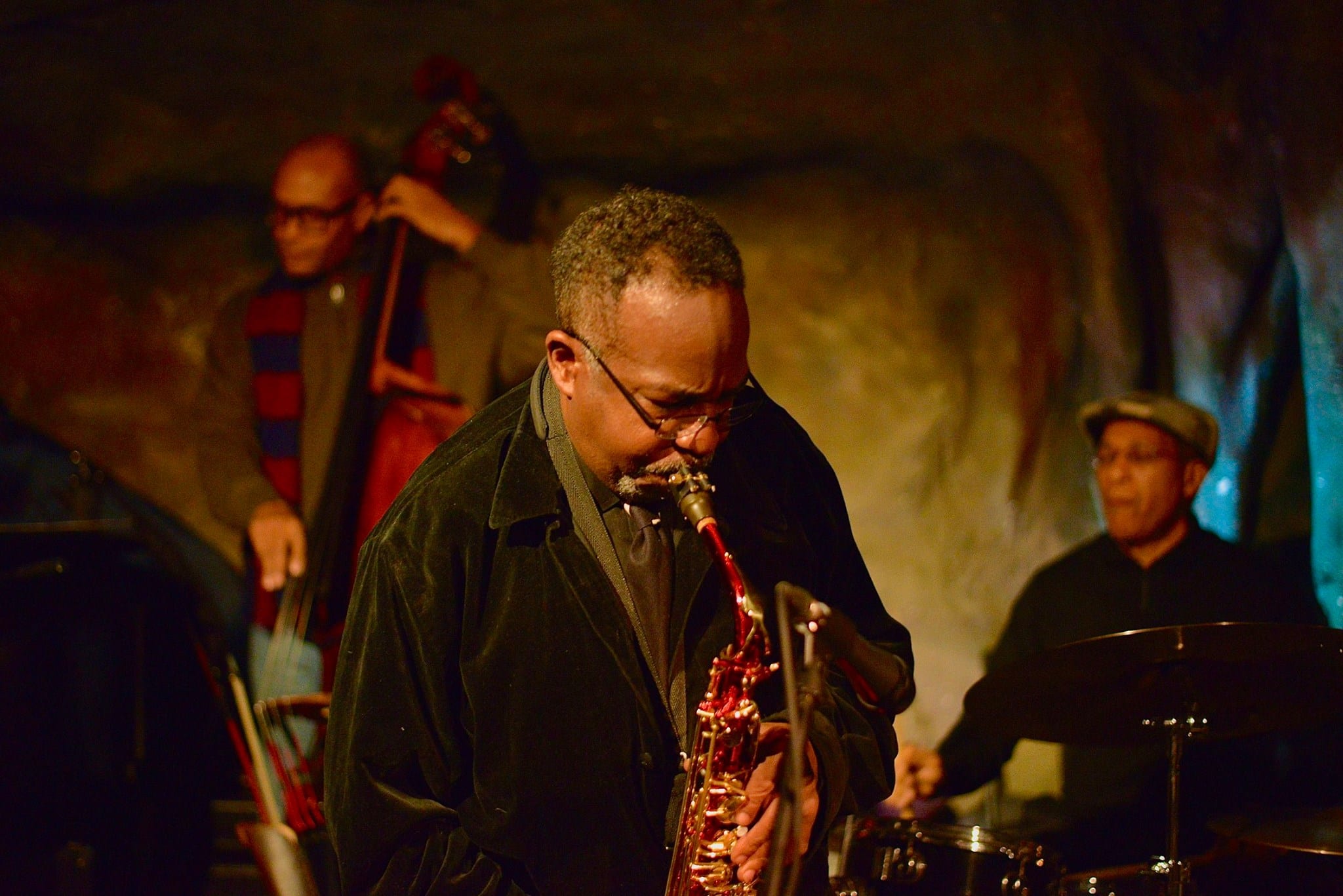 Ron Sutton, a beloved alto saxophonist and D.C. native, died at Washington Hospital Center on Sunday. He was 55. The cause was a heart attack, said vocalist George V. Johnson, a longtime friend and collaborator.

Sutton’s playing was built upon the bebop vernacular of Charlie Parker, and reflected his training in D.C.’s tradition-steeped jazz community. But his sprightly and angular phrases had their own distinctive flavor, often moving in exciting and unexpected directions, fusing the old with the new. A frequent Sutton catchphrase was, “Back to the future,” pianist Marc Cary said.

Sutton’s soloing was always heartfelt and charged with energy. “He liked to lift off,” Cary said in an interview.

Johnson, an area vocalist and organizer, said of Sutton: “He put his stamp on the music in this town.” He called Sutton an “unsung hero,” and “one of the finest alto players from Washington, D.C.”

Sutton was among a cohort of young musicians who came of age in D.C. in the late 1970s, and went on to apprentice with some of jazz’s mid-century greats. Before and during his time in high school at Duke Ellington School for the Arts, Sutton took part in Tony Taylor’s Lettumplay program, where he met many fellow youngsters who would also go on to become professional musicians: Cary, trumpeter Donvonte McCoy and saxophonist Bruce Williams, among others. After graduating from the program, Sutton returned as an instructor.

Raised in a musical family, Sutton also studied as a child with saxophonist Fred Foss, an influential jazz educator. “Ron was a kid who never quit,” Foss told CapitalBop. Sutton began to catch the attention of jazz greats at a young age. At 19, his playing so impressed Freddie Hubbard that the iconic trumpeter phoned Sutton’s father, who was a jazz radio DJ, to profess his admiration. Soon after, alto saxophonist Jackie McLean offered Sutton a full scholarship to the jazz program he ran at the University of Hartford’s Hartt School of Music. Sutton studied there for some time, but left before graduating.

After departing from Hartt, Sutton quickly settled into a regular gig with drummer Art Taylor, working in that band alongside Cary until the legendary drummer’s death.

Sutton would later record with Cary on the pianist’s 2003 album N.G.G.R. Please (the acronym stands for “Native Go-Go Rhythms”), and on the 2006 release Abstrakt|Blak (a collaboration between Cary and the emcee Shon “Chance” Miller, released under the name XR Project), and with McCoy on the trumpeter’s 2015 debut, 3rd Floor. 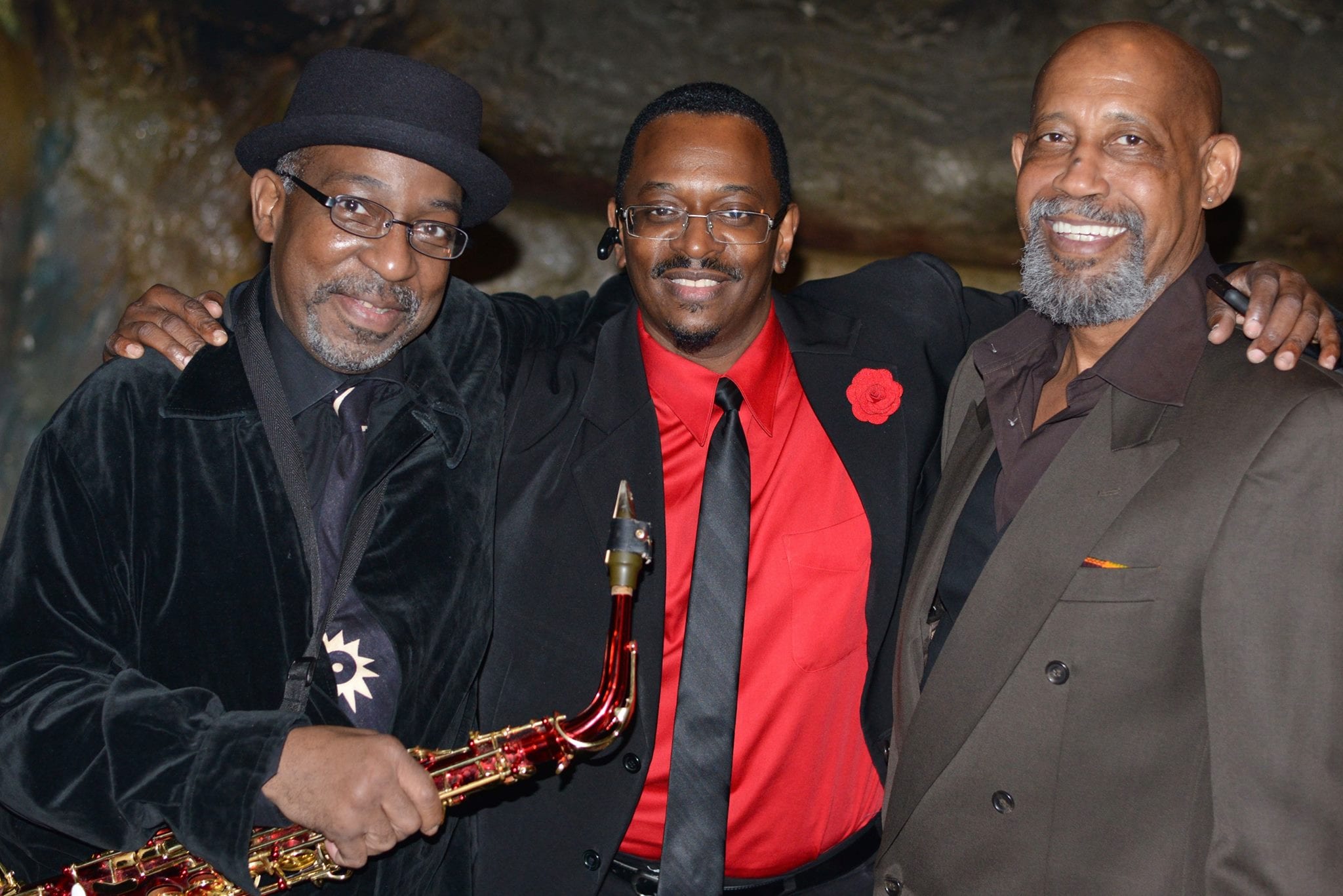 Ronald Anthony Sutton Jr. was born to Ron and Virginia Sutton on Jan. 27, 1963, in Washington, D.C. Music was, almost literally, in his blood. His grandmother is said to have given piano lessons to trumpet legend Clifford Brown, and both his grandfather and his father were deeply connected to the D.C. music scene. George V. Johnson — who drove the Metro bus that Sutton used to ride to school, and would later become his close musical partner — recalled visiting the studios at WHUR 96.3 FM, where Sutton’s father, Ron Sr., had a show. Johnson would bring cassettes for Ron Sr. to play, and a young Ron Jr. would be “running around the studio” as his father played the new music, Johnson said.

Sutton is survived by two sisters, Lisa and Whittney Sutton.

Lisa said that her brother always seemed to be most comfortable when he had a horn in his hand. “And when he got on the stage, it was like he transformed even more,” she said. “He traveled with his horn like it was his child.”

Sutton was known to many as “Uncle Ron,” and his warm personality endeared him to many well beyond his immediate family. Cary said that he certainly came to consider Sutton a member of his family. The two had roomed together on and off, and at times he would come home to find Sutton in the kitchen, cooking dinner for Cary’s children. “He was father to a young man who wasn’t his blood,” Cary recalled.

In the early years of his career, Sutton often moved between New York City, D.C., and Wilmington, Del. It was during this time that he began to struggle with chronic arthritis and lupus, illnesses that put heavy pressure on his professional life but did not stop him from working regularly. Days before his death, which came as a shock to friends and family, he still was showing up to gigs and rehearsals in his hometown.

George V. Johnson has created a GoFundMe page on behalf of Ron Sutton’s family to cover costs for his funeral.