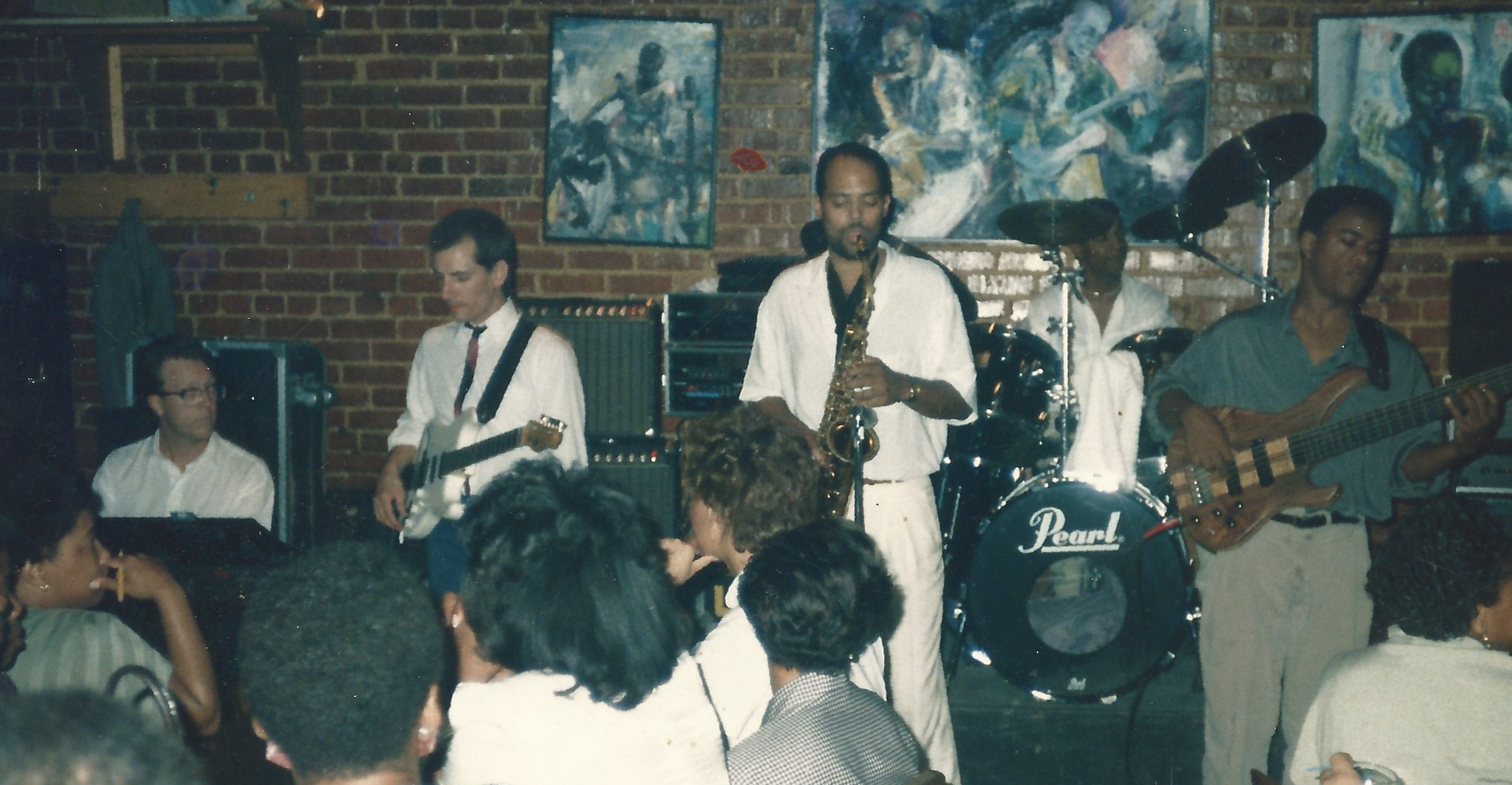 Marshall Keys, center, often led bands in the 1980s and '90s at Takoma Station. This weekend he will help kick off a new jazz series. Courtesy Marshall Keys
News

The restaurant and bar was a vital organ in the D.C. jazz scene from the mid-1980s through the 1990s. Now it’s partnering with Jazz Kitchen Productions — run by Michael Philips, the music director at WOWD, a community radio station based in Takoma Park, Md. — to present performances on the last Sunday of every month, with gigs scheduled through November. The Carr-Keys Quintet, featuring the esteemed saxophonists and D.C. jazz elders Paul Carr and Marshall Keys, will play the first show of the series this Sunday evening at 6 p.m. (Tickets are available through the Jazz Kitchen website.)

Takoma Station has hosted a low-key jazz jam session every Tuesday night for the past two decades, but it’s been many years since it presented true jazz concerts. Philips was visiting the jam back in the spring when he approached David Boyd, one of the club’s co-owners, about reviving Takoma Station’s swinging past.

“You know, you guys used to have these great jazz concerts here in the ’80s and ’90s,” Philips recalled telling Boyd. “They were packed — they were really enthusiastic crowds, and it was great having a place in the reaches of D.C. where you could go see jazz.… You ought to bring them back.”

Takoma Station was opened in 1984 by Bobby Boyd (David’s father), who began hosting jazz concerts six months after setting up shop. David said his dad was a jazz aficionado, but the venue’s transition into a jazz club happened largely by accident. 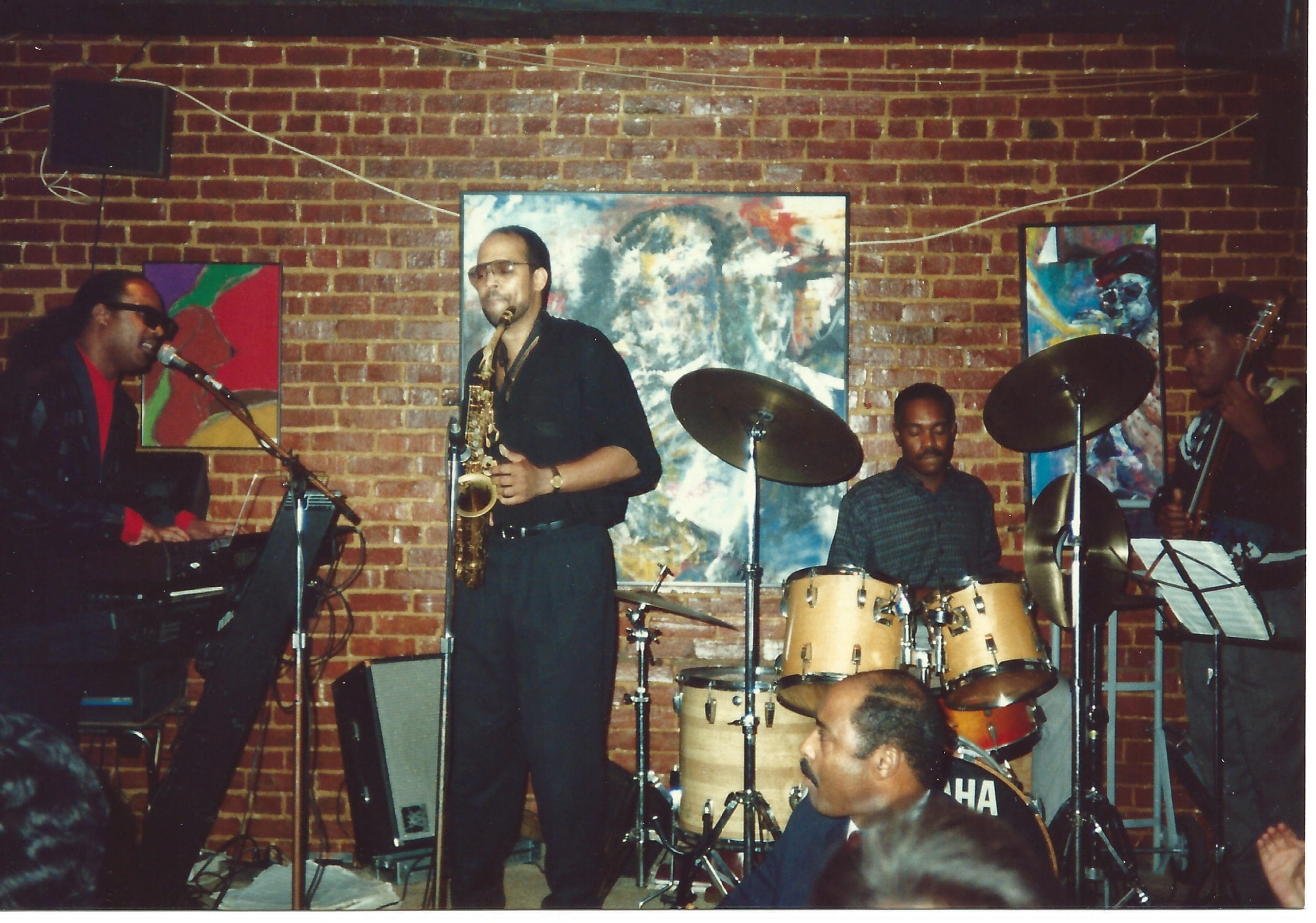 Jazz musicians “used to play there and perform while people were eating and socializing, so it just kind of morphed into this jazz place,” Boyd said. “People from Howard [University] used to come to Takoma Station on Thursdays, and people wanted to come to a place they could feel comfortable in. It just turned into a big party with jazz music playing.… We didn’t even really have a stage when we started — we just played on the floor.”

Takoma Station’s Thursday jazz nights became so popular that Bobby Boyd began adding more music to schedule, until jazz was being played virtually every night of the week, David said. The club’s more casual atmosphere, the friendliness of the wait staff and the presence of top-quality local acts made it a go-to spot for D.C. jazz lovers — and even a destination for celebrities visiting town.

“Many well-known people from that time — George Duke, Stanley Clarke, Wynton Marsalis, Stevie Wonder, Muhammad Ali — came through and just hung: Sit in, play, have a drink,” Keys said. “When I was there, it was an immensely successful run. Five to six years of lines out the door. And it wasn’t just because the band was good — and it was good; really, really good — it was the whole package.” Some of the regulars who held court on the bandstand included Keys, Carr, powerhouse local vocalist Sharon Clark, drummer and BlackByrds cofounder Keith Killgo, and guitarist Paul Bollenback.

Takoma Station slowly began to feature more music from other genres: particularly go-go, R&B, reggae and hip-hop. By the turn of the millennium, jazz was being more or less phased out. But folks like Keys who remember the club’s early days expect that getting to play regular jazz shows there again will be a joy.

“To this day, people stop me in the streets and tell me they remember coming to hear me play back at Takoma Station,” Keys said. “I cannot overstate how significant my years were playing at Takoma Station.”