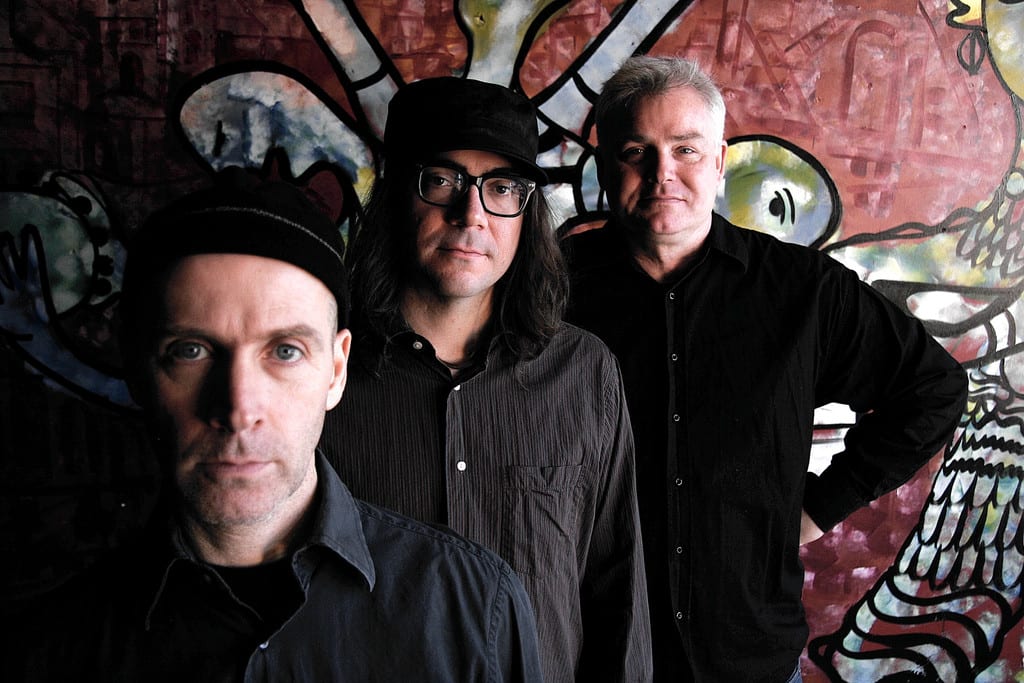 If you haven’t heard of The Messthetics, now’s a perfect opportunity. The uncategorizable, nationally renowned trio — guitarist Anthony Pirog (known to CapitalBop audiences as a leading experimental voice) with bassist Joe Lally and drummer Brendan Canty — just released its second album, Anthropocosmic Nest, this past Friday, and the band performs tunes from the record at the Black Cat this Wednesday.

The group’s sound oscillates between ethereal, atmospheric rock; heavy, churning punk; and explosive showcases of electric-guitar improvising. You can hear all the elements of the Messthetics’ sound in the hazy weave of “Touch Earth Touch Sky,” the concluding track of Anthropocosmic Nest.

Some of these key elements, notably the roller-coaster melodies and pedalboard alchemy, come from the strong sonic identity Pirog has built. But he is only able to reach such heights because of the concrete foundation laid down by Lally and Canty. That duo propelled the seething, charged music of Fugazi, the D.C. band which helped redefine the sound and ethics of post-punk in the 1990s, often slowing down breakneck punk tempos to something more deliberate and meditative. Anthropocosmic Nest and the band’s 2017 self-titled debut are both out on Dischord Records, the iconic Washington, D.C. independent record label run by Ian MacKaye, Fugazi’s former frontman.

After Wednesday, the Messthetics will head out on a tour across the United States and Australia. Visit the Black Cat’s website for tickets for the record release show, with Mock Identity and Janel Leppin opening.