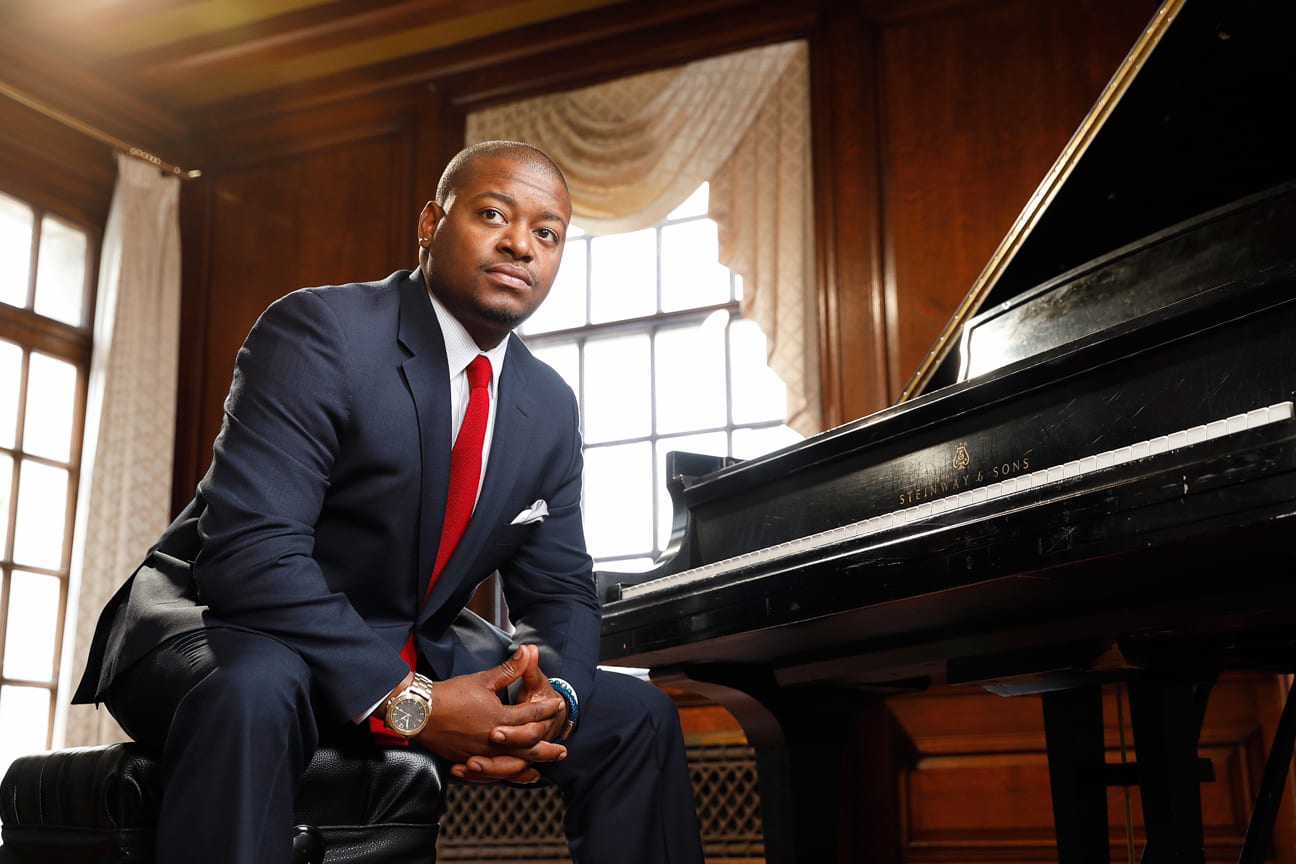 On After 5 Music, his soon-to-be-released debut album, the multi-instrumentalist and vocalist Danté Pope reaches back into the classic sounds of 1950s and ’60s R&B, creating original music with an old-school flavor. Today Pope released “The Promise,” the second single off the album, and it finds him leaning into his gospel roots, delivering a tender rumination on the wages of time and commitment. You can stream the affecting track below.

The song’s title hints at its inspiration: Pope’s grandparents asked him to write a song commemorating their 50th wedding anniversary. While the lyrics consider the patience and devotion required to maintain a commitment over the course of half a century, Pope’s delicate touch on the piano paints a moving portrait of what that kind of relationship feels like. You can hear the weight of two lifetimes intertwined with every keystroke.

Pope’s first single from the project, “One Summer’s Eve,” funneled the romance of the Four Tops through a more modern, Anthony Hamilton-indebted groove. “The Promise,” on the other hand, is a spare, acoustic-piano ballad that harkens to Stevie Wonder’s mid-1970s work.

This is not the first recorded work from Pope, a Chicago transplant who moved to D.C. 11 years ago and has worked as a musician and educator here ever since. His earlier recordings include Colors In My Mind and Reflections, both EPs that he released in 2017.