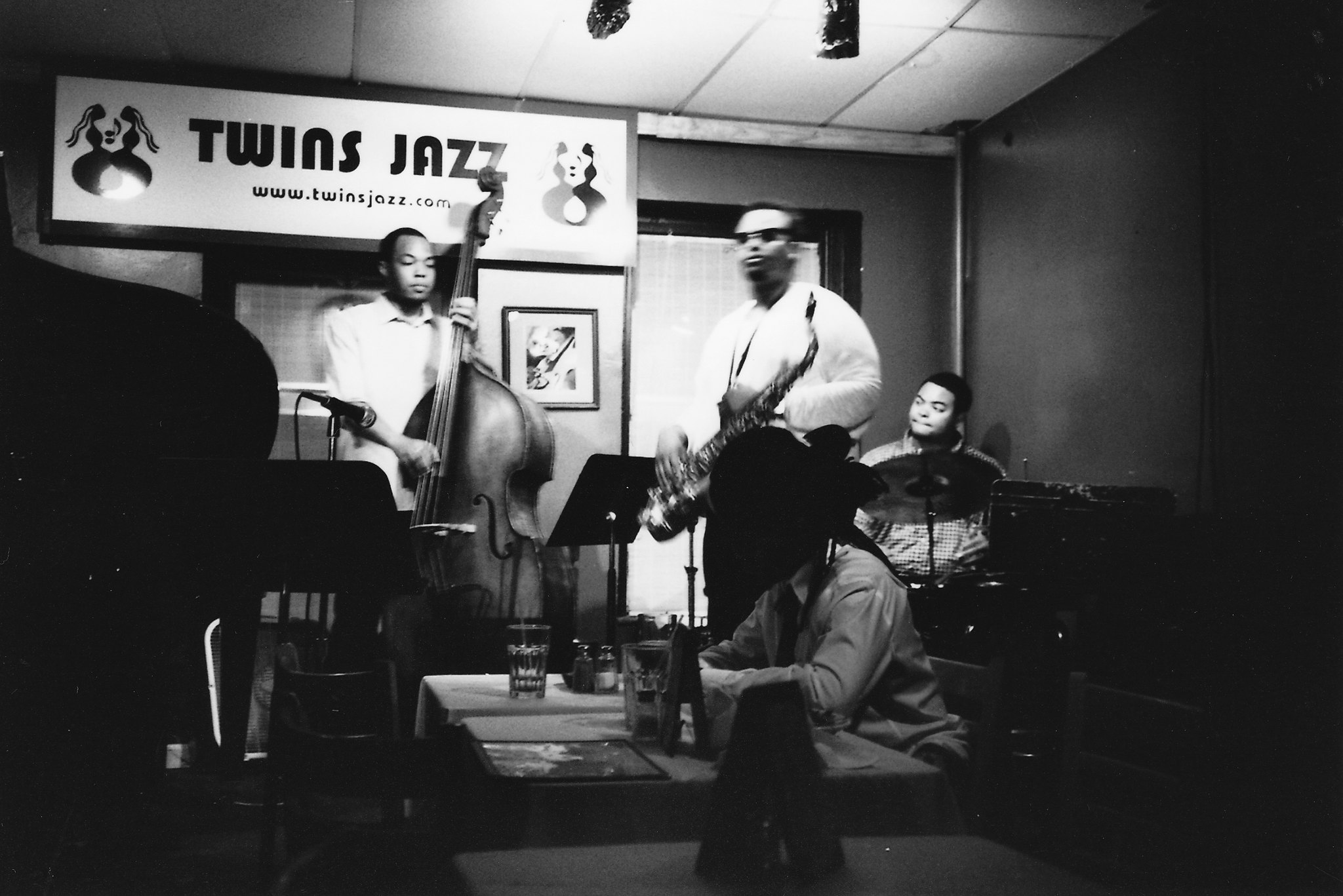 A group performs at Twins Jazz in 2010. The club had operated nightly for two decades. Courtesy Veronica Olivotto/Flickr
News

Twins Jazz, a vibrant supper club that has served for two decades as a cornerstone of the U Street scene, will permanently close, its owners announced Thursday in a statement posted to its website.

Twins is the latest in a string of establishments felled by the coronavirus pandemic, which since March has left music venues shuttered without a major source of revenue.

“When COVID hit, it took a huge financial toll on our family,” Layla Nielsen, the daughter of Twins co-owner Maze Tesfaye, told CapitalBop.

Before the pandemic, Maze and her sister Kelly Tesfaye expected 2020 to be a banner year for the club. The family was planning a series of moves that would allow the twin sisters to retire while keeping the venue open. “We were planning to expand and do a lot more,” Nielsen said. “We were even considering doing renovation projects.”

But since March, when Mayor Muriel Bowser ordered all non-essential businesses closed, Twins has been out of operation, without sufficient income to pay the rent.

Until that moment, Twins was the only remaining full-service jazz club on the historic U Street corridor. Other Black-owned nightspots like HR-57, Cafe Nema and Bohemian Caverns have all closed their doors in recent years. These once-bustling spaces were oriented toward both focused listening and communion, providing a sense of refuge in a city undergoing economic and cultural transformation. For now, Georgetown’s Blues Alley is the only listening room devoted to jazz remaining in D.C.

The Tesfayes opened their first venue, Twins Lounge, in 1987. Located in upper Northwest D.C., the club was successful enough to allow the sisters to open a second location on U Street in 2000. Although the original Twins Lounge closed in 2007, the newer Twins Jazz continued to operate nightly through March.

Both Twins Jazz and Twins Lounge were generally held in high regard among D.C.’s jazz community. “They developed themselves over the years to be a formidable institution in the Washington, D.C. metropolitan area, known around the country,” Nasar Abadey, a drummer and educator who played consistently over the years at both locations, told CapitalBop.

The current prohibition on in-person entertainment put a full stop to Twins’ revenue stream, while bills such as rent, insurance, utilities and taxes continued to pile up. This financial situation is untenable for the Tesfaye family, which would have had to dip into retirement accounts to avoid closure, Nielsen said. “The combination of all the things that are happening, the inconsistent messaging from federal and local governments from top to bottom with how things are being handled — we just cannot operate under those terms and feel comfortable with operating our business like that,” she said.

For Twins, Nielsen said, all forms of possible income — from carryout dining to the few forms of fiscal relief currently available to small music venues — amounted to “pennies compared to what we needed to stay open.” Only a hefty enough sum to cover their entire operational costs would have saved the club, she said.

Thus far, music venues in the D.C. region have yet to receive any targeted funding from a government or philanthropic body aimed at offsetting the pandemic’s impact.