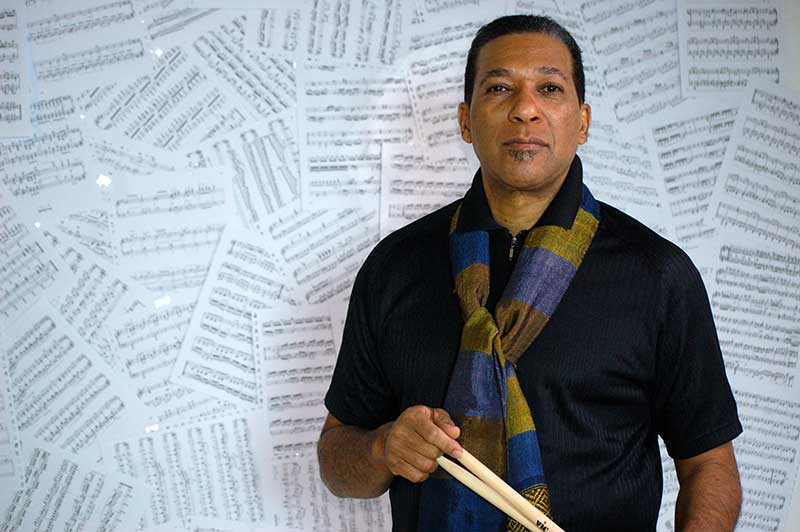 This Friday (tonight), a monumental assembly of D.C.’s finest musicians will perform at the Lincoln Theatre in the Washington Renaissance Orchestra’s first ticketed show. (The 17-piece band debuted earlier this year at the Kennedy Center’s Millennium Stage, and the scene has been buzzing about that show ever since.) The orchestra is the product of two important leaders and historians of the D.C. scene: the drummer Nasar Abadey (pictured above), who serves as artistic director, and the pianist Allyn Johnson, musical director. The powerful vocalist Navasha Daya will front the band, which features some of the city’s finest soloists.

Brian Settles and Charlie Young are two of the excellent saxophonists in the band’s large horn section. As it happens, saxophonists of various styles can be heard all over the city this weekend, too. Right down the street from the Lincoln, on both Friday and Saturday at Bohemian Caverns you can find tenor saxophone great Houston Person. A major figure of the hard-bop era and trailblazer of soul jazz, he’s contributed his thick, swinging sound to scores of recordings dating back to the mid-1960s, both as a leader and sideman. The local talent Ron Sutton will be at HR-57 with his quartet showing his wide mastery of the jazz language on both Friday and Saturday; his gigs as a leader are rare, and worth catching.

As the whole city probably knows by now, the DC Jazz Festival is coming up next week. Roy Hargrove gets things off to an early start at the Hamilton with his quintet this Saturday. It’s the official launch show, though the festival doesn’t start in earnest until Tuesday.

As usual, all our favorite upcoming shows are shown in the calendar below. To see everything, click on “tags” and remove the “CB PICK” selection.