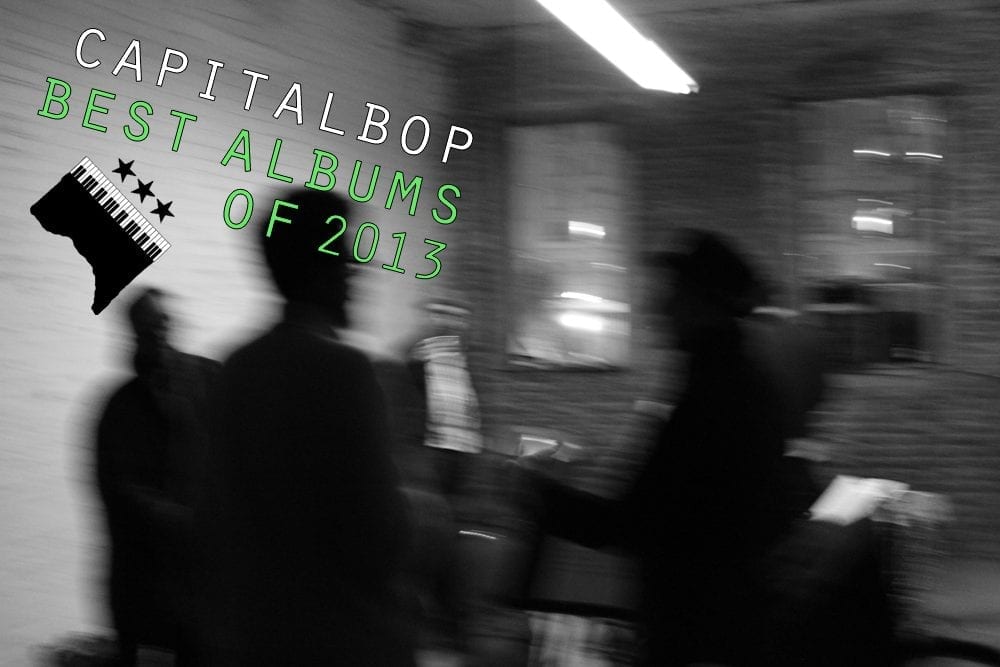 In a year when just about every musician in the world seemed to be putting out his or her own recording, D.C.’s jazz scene yielded a manageable and strikingly high-quality crop. It’s not just the caliber but the variety, in terms of sound and perspective, that grabs your attention about these albums.

D.C. musicians showed an interest in crossing boundaries and reaching beyond the District for inspiration — look to Kenny Rittenhouse’s New York Suite, or the Caribbean underpinnings of Reginald Cyntje’s Love, or the influence of Spanish classical music on Siné Qua Non’s Simple Pleasures. At the same time, all of these excellent records are pure and without pretense: They strip away the glitter and bloated imagery — the feeling of high velocity and low impact — that pervade our lives in a digital age. Some albums below have simple titles that get at that spirit of grounded introspection: Folk and The Truth (both Victor Haskins and Allyn Johnson used the latter). What a fitting pair of names. Jazz, a folk music made between folks seeking common ground, is less concerned with style or symbols than it is in approaching that illusive, subjective place called personal truth. Kenny Rittenhouse has developed a reputation as one of the DMV’s most versatile and virtuosic trumpeters, able to bounce between classical music and various sorts of jazz with the poise of a true master. His sophomore album, New York Suite, further exhibits him as a gifted composer, crafting complex lines and harmonies, all the while making great use of his excellent group. Read Luke Stewart’s review

The first thing to note about the debut album from Siné Qua Non is the instrumentation. A drum set, percussion, steel pan and bass, with winds and frequent vocals on top. Those first three fit within the drum family, so this group’s rhythm section is truly an unfettered interplay between drums and bass. Read Luke Stewart’s review

The trombonist and composer Reginald Cyntje isn’t against didacticism, and he doesn’t have to be. Music creates rare opportunities to deliver serrated messages with a cushion, and that demands conviction. Cyntje’s blog finds him ministering from the pulpit of life, and he has insight. But you worry about Love, a concept album that’s heavy on vocals and filled with abstract-noun song titles (“Faith,” “Determination,” “Peace”). Cyntje’s sophomore effort works because it seems sure about where you should go, not how you should get there. Read Giovanni Russonello’s review

One of the more studied saxophonists of the D.C. area, Brian Settles has released an album that feels like a new start – a new beginning – rather than a follow-up to his debut, 2011’s Secret Handshake. Where the preceding record was a strong exploration of various aesthetic and timbral approaches, the newer Folk presents Settles’ music with much more focus and deliberation. Read Luke Stewart’s review

If you want to get to know a local jazz scene, or a new strain of thinking in the music, look to its pianists. Eighty-eight keys make up an orchestra unto themselves, percussive and complementary and narrative. Pianists are called “professors” because they lead by example and by diplomacy, even when they’re not bandleaders; other players can relate their own ideas to the keyboard, and a good pianist can relate them to each other. Read Giovanni Russonello’s review

Tommy Cecil/Bill Mays, Our Time: Sondheim Duos, Volume 2: The second record in as many years from this piano-bass duo brings forward the bounding energy and proud humanism of Stephen Sondheim’s compositions. (Buy)

Greater U Street Jazz Collective, Ballin’ the Jack: The Greater U Street Jazz Collective, a longstanding fraternity of local jazz musicians, turns up the ambition and energy on this record, which takes the form of an audio-only musical and tells the self-same stories of jazz and mid-century Black America: It’s a tale of music, migration and continuous forward marching. (Buy)

Victor Haskins, The Truth: This young trumpeter and composer offers seven impressive tunes on his debut record, which sways between crisp swing and funk influences and fills itself with interplay between the leader and the quick-stepping alto saxophonist Luis Hernandez. (Buy)

Todd Simon, Simon Says: This pianist shows his broad enthusiasms and abilities at the fore of a seven-horn ensemble, playing all original compositions; his rigorous arrangements simultaneously tangle themselves and gain momentum, guided by the flexible swing of Joe McCarthy’s drums. (Buy)