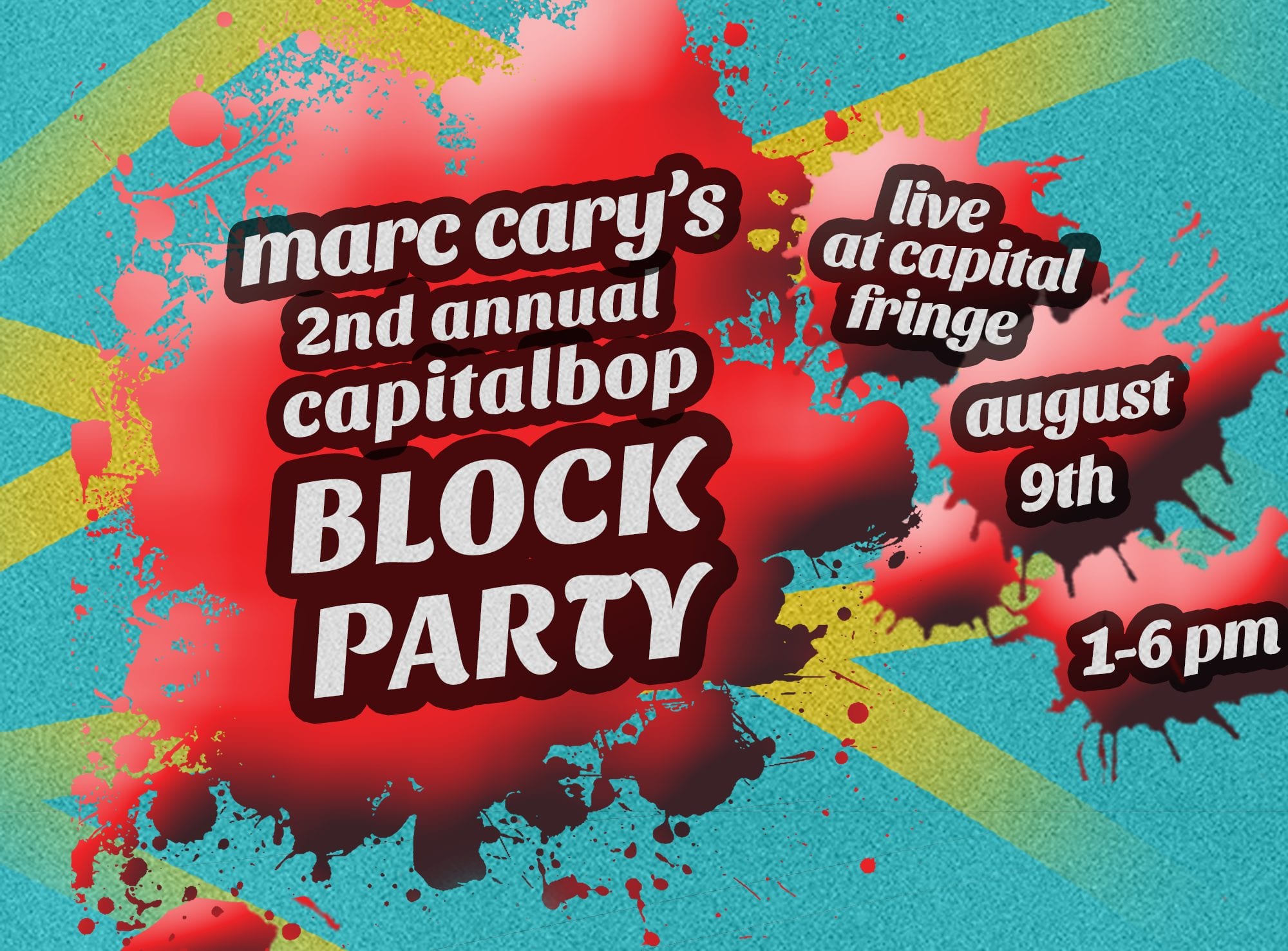 It’s the high heat of summer right now, but these warm and clear afternoons won’t be around for long. Let’s enjoy it while we can: Come grab a drink and invite your friends along for the second annual CapitalBop Block Party on Sunday, Aug. 9, featuring Marc Cary’s Rhodes Ahead. Cary will lead a three-band bill performing in the courtyard at Capital Fringe’s new space at 1358 Florida Ave. NE, just north of H Street. It’s going to be an energizing, dance-inducing day of music—and the perfect way to spend an afternoon … whether you’re coming from brunch, from church, or, alright, just rolling out of bed.

Last June we brought Rhodes Ahead to D.C. for its first American performance in over a decade. The show ended up being a sneak peek of Rhodes Ahead, Vol. 2, an album that came out in March and has been making a very big splash ever since.

Cary’s a D.C. native who grew up playing go-go before graduating to the New York jazz scene, where he joined the bands of world-famous stars like Abbey Lincoln and Roy Hargrove. With Rhodes Ahead, a project he launched in 1999, Cary crafts a soulful blend of hip-hop, drum ‘n’ bass, jazz fusion and world music. His set at our Block Party on U Street last year was so joyful and beautiful, we’ve decided to bring him back again. Cary worked with CapitalBop to curate the rest of the lineup at the Block Party: He hand-picked The Moment, a DMV neo-soul group that’s on the rise, led by young drummer Domo “Youngman” Lee, and we brought the outstanding electronic experimentalists Nag Champa on board.

It’s all happening in a warm, Sunday-afternoon setting, with drinks served at Capital Fringe’s outdoor bar. Come hang out with friends old and new, and let the music move you. Below is a special CB Sessions video that we made with Marc Cary last year, in advance of the first annual Block Party. We’ve updated it at the end with info on the second annual.

Plus: Marc Cary will lead a go-go/jazz master class for youth at Union Arts that morning. Here’s info on that program, which runs from 11 a.m. to 12:30 p.m.

This concert and master class are part of CapitalBop’s Traveling Loft series is funded in part by the D.C. Commission on the Arts & Humanities, an agency supported in part by the National Endowment for the Arts.