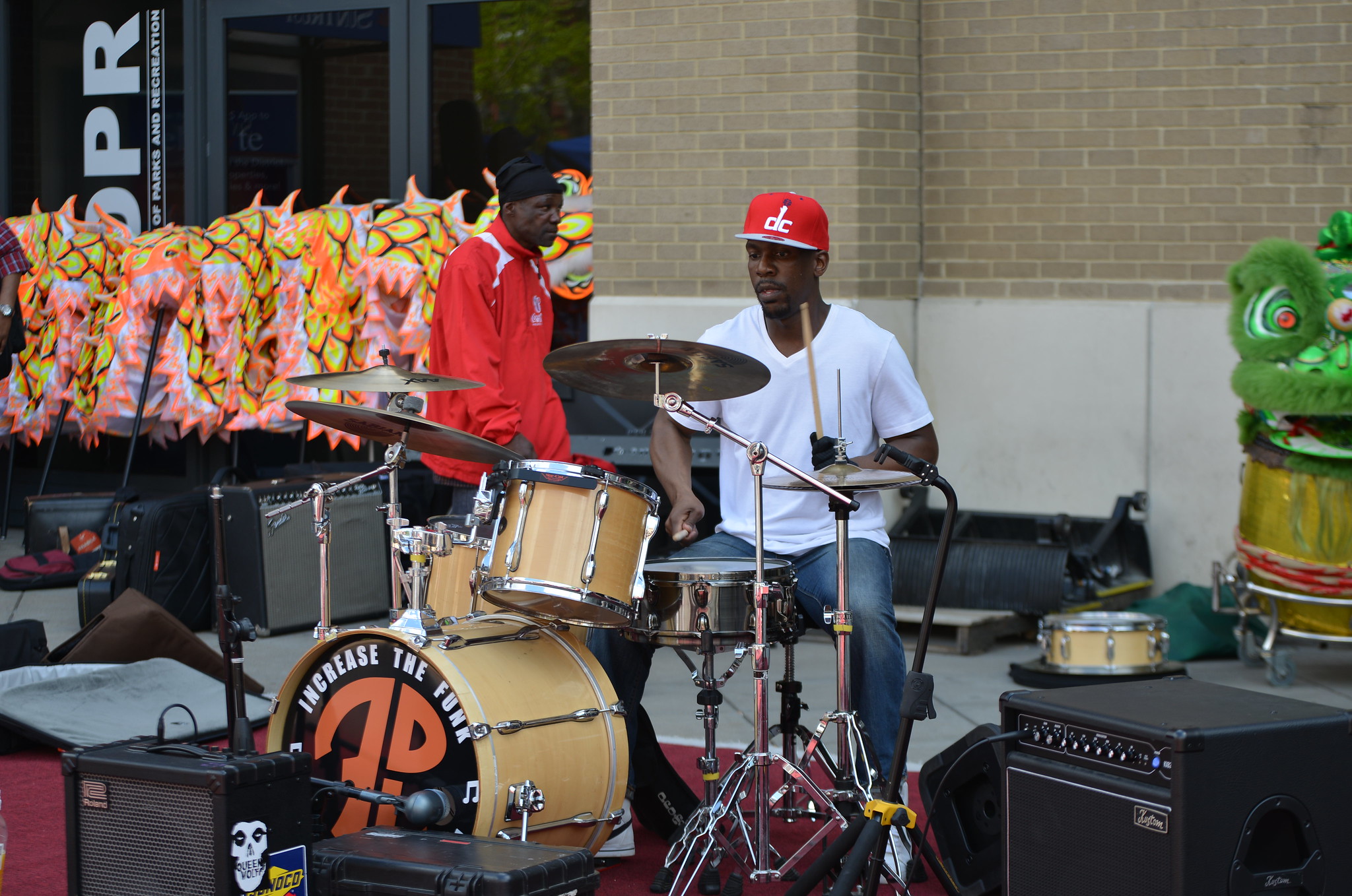 For the third time since 2018, the D.C. Council is considering a bill to curtail the volume of street performances. Courtesy S Pakhrin/Flickr
News

Members of the D.C. Council reintroduced a controversial bill on Tuesday that would outlaw street performances above a certain volume level, drawing an outcry from many musicians and community advocates.

This is the third time since 2018 that the council has considered such legislation, following attempts that year and in 2019. The Amplified Noise Amendment Act of 2018 sought to outlaw amplified street performances that could be heard from more than 100 feet away or that registered at a level of 80 decibels in the nearest occupied building.

The new bill, the Amplified Noise Amendment Act of 2021, would make illegal any performance that “exceeds 90 decibels from the sound source,” according to the text of the legislation. Violators would be “punished by a fine of up to three hundred dollars ($300).”

Debates about “amplified noise” in Washington, D.C. these days are deeply tied to broader conversations about gentrification and displacement. “Don’t Mute D.C.” became a rallying cry in 2019, just months after the council’s second attempt to push through street-noise legislation, when an anonymous resident of a high-rise luxury apartment near the U Street corridor complained about the go-go music being played at a Metro PCS vendor’s store at Florida Avenue and 7th Street NW. The store had been known for playing amplified go-go from its speakers for over 20 years, and a movement sprang up in response painting this as another prominent example of the way new residents erase the cultural values and traditions of traditionally Black neighborhoods — often by policing sound.

The 2021 street-performances bill was introduced by D.C. Council Chairman Phil Mendelson (D) and Councilmembers Anita Bonds (D, at-large) and Brooke Pinto (D, Ward 2). Mendelson was responsible for introducing the original bill in 2018 but had to pull it from consideration when it became apparent that he would not have the votes to pass it. Then-councilmember Jack Evans (D, Ward 2) reintroduced the same bill in January 2019. The council never took a full vote on the bill that time, either. Ward 2 encompasses Gallery Place, ChinaTown and the U Street corridor.

After withdrawing the 2018 bill, Mendelson organized public hearings for the council to gather feedback. He then worked with members of the D.C. music community like Chris Naoum, a founder of Listen Local First, and Aaron Myers II, a musician and the Capitol Hill Jazz Foundation’s board chairman, to undertake decibel tests to determine how loud street performances can comfortably get. Naoum and Myers then put together a new version of the bill that they hoped would garner greater consensus.

Their proposal set higher decibel limits and eliminated fines, while including provisions to educate street performers on best practices. The council did not adopt that language, but has incorporated higher decibel allowances than in the original 2018 legislation. It also switched to measuring levels at the source, rather than from the perspective of the area residents. The 2021 bill would outlaw performances that register 90 decibels or more at the site of performance.

In an email jointly addressed to CapitalBop and Aaron Myers, both of whom had inquired about the legislation, David Meadows, an adviser to Bonds, said she was supporting the bill because she has concerns over amplified noise and its effects on the “quality of life of residents in the surrounding areas.” Meadows stressed that Bonds merely wants to reduce noise levels, not shut down street performances entirely. He also called the bill “essentially a piece around which to have a conversation,” and emphasized that it was “not final.”

Myers said he thinks that the council is pushing the legislation now in order to get ahead of the waves of street performances — and subsequent complaints by some residents — that may come with the warmer weather and post-lockdown reopenings this spring and summer. “I think they’re pushing this legislation trying to get in front of what’s happening with the upcoming spring and summer,” Myers told CapitalBop Wednesday via phone. “Anticipating possibly that you’ll see more people playing on the street and outside, I think they’re doing this to appease those who have complained in the Gallery Place [area] and some of the newer residents on U Street.”

Myers pointed to an apparent tension in the relationship between performers and newer neighbors. “It’s very clear that many of the residents have not humanized the musicians to begin with,” he said.

Naoum said that after two unsuccessful attempts to pass similar legislation, the bill’s supporters were unlikely to find enough council votes to pass a bill this time either. He also said he has a response this time, referring to a new piece of model legislation that the music community has been developing during the pandemic. “The music community has a bill that is planning to address the real issue,” Naoum told CapitalBop. “The real issue is that many of these developments and buildings that are built in these entertainment districts are improperly soundproofed and were built knowing that these areas are entertainment districts/hubs.”

He added: “I think that’s going to have approval from a much broader part of the council and it’s going to override this legislation.”

Both Naoum and Myers, speaking for many members of the D.C. community, expressed frustration that the council is trying to resurrect this legislation now. “All of these other cities around the country have been putting out statements and wanting to get people out in the streets and enjoying the arts because we’re not ready to open indoor music yet,” Naoum said. “As we’re all excited about getting outdoors and into the arts, these curmudgeons come in here and say, ‘We don’t want it.’”

Myers used even stronger language to express his feelings about the council’s apparent legislative priorities, nearly a full calendar year since the start of the pandemic. “I think it’s insulting that you are picking on the industry that was first to close and will be last to open,” Myers said. “You’re picking on them when you’re targeting street musicians who usually play to make some money when many musicians have not even received one cent in unemployment insurance, still have food insecurities and still have housing insecurities. But this is what they’re choosing to focus on. It’s insulting. It’s treating musicians as if we’re not human.”