After three stunning shows at the DC Jazz Festival, we’re excited to return to Union Arts this Sunday with a program of three D.C.-based acts on the rise. Come hang with us at the loft, where we hosted last month’s killer Three-Piano Cutting Contest. 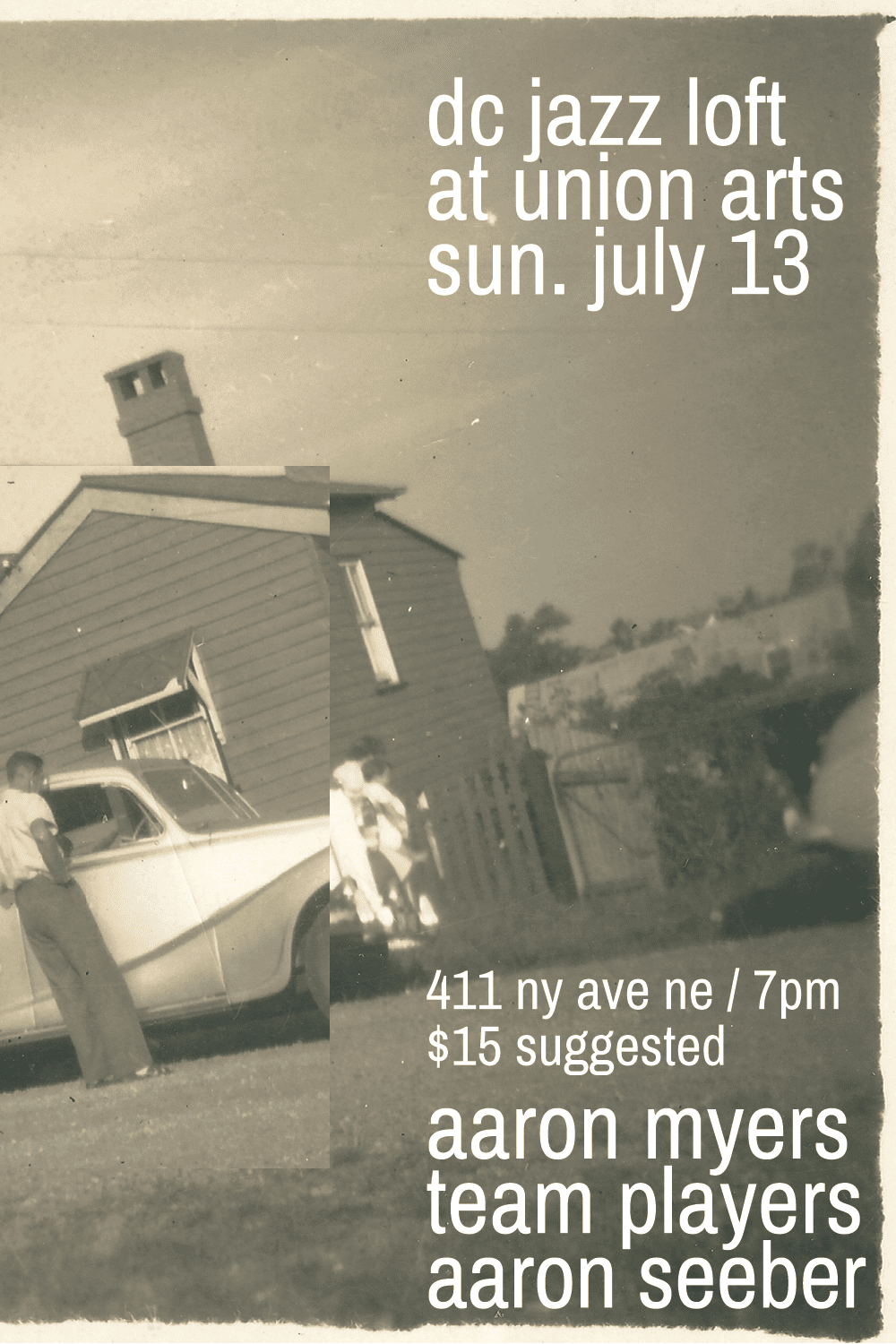 As always, the loft is our homey showcase for the wide array of sounds and perspectives that keep the District’s music scene so rich. As it has since 2010, the loft remains donation-based (we strongly suggest $15 for the musicians). And at Union, it’s BYOB. Come find us by following your ear toward the syncopated sounds spilling into the air from the third floor of our warehouse on New York Avenue, just a few blocks north of Union Market. Enter through the rear door off 4th Street NE.

It’s thrilling to be able to present three very different, but in certain ways like-minded, young ensembles this time around. The night will begin with Aaron Seeber, a young drum phenom who’s been playing on U Street since he was in his teens (and isn’t far out of them yet). Then we’ll hear from the newest project of Brad Linde, one of the area’s top saxophonists and bandleaders; he has a bass-free group called Team Players that’s about to release its debut album. Hear them here first. The four musicians hail from across the United States, from Utah to Ohio to Brooklyn, and they’re crucial members of their respective scenes.

Finishing out the night on Sunday will be Aaron Myers, a powerful young singer who’s held down a residency at the Black Fox lounge in Dupont Circle for the past two years. He’s just right for fans of Gregory Porter (which, these days, seems to be about everyone): That is to say, if you like all-in, soul-stirring jazz singing that can hold soul music and straight-ahead in its head at the same time, check this guy out.