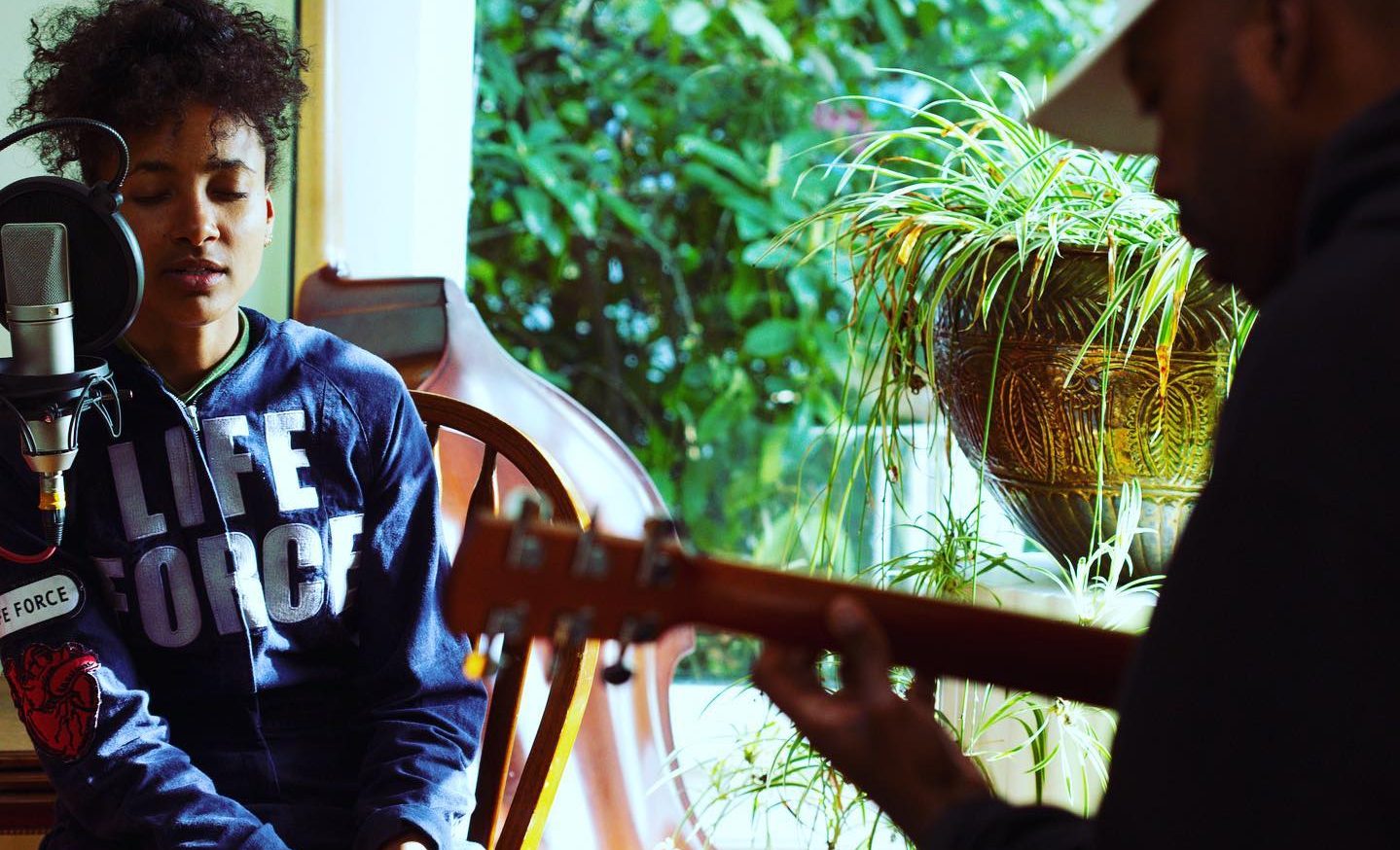 Esperanza Spalding, left, will perform this month at the Kennedy Center in "Iphigenia," the opera she co-wrote with Wayne Shorter. Courtesy facebook.com/EsperanzaSpalding
The Month in Shows

It’s a complicated time: Mayor Muriel Bowser has lifted the city’s mask mandate; Virginia re-instated one; the Omicron variant is most likely among us already; and it is the holiday season. What a mix of misery and merriment we have!

On a personal note, it’s been 638 days since I last wrote one of these monthly missives, recommending five notable upcoming shows on the extraordinary music scene we’re lucky to have in Washington, D.C. It’s my hope that you’ve stayed as well as possible over the last two tough years, and that you’re still finding time to listen to the music. Now, with live events back all over the city, CB is bringing back my monthly “5 picks” column. As always, we’re here to help you stay up on local music, the politics of the COVID-19 pandemic — and, of course, all the great live music that you can go out and (safely) hear on the scene.

It is December in the District, so you know what that means: peak time for holiday shows, especially festive jazz sets, around the city. If you feel it would be safer to stay in, there are some great streaming options available, like Paul Carr’s “Home for the Holidays” program streaming from An Die Musik on Dec. 10, or Warren Wolf’s “Christmas Vibes” from the Keystone Korner in Baltimore on Dec. 23.

Of course, there’s more than great holiday music this month. Drummer Nasheet Waits and saxophonist Tim Berne, two improvising titans on their respective instruments, play a pair of Transparent Relations-produced shows in the region on Dec. 5 and Dec. 6, at Roda Movements in Takoma Park; the second night will be livestreamed by An Die Musik. Terri Lyne Carrington returns to the Clarice Smith Performing Arts Center at the University of Maryland with her group Social Science on Dec. 10.

There’s live music six nights a week again at Green Island Café in Adams Morgan, five nights at Jojo Restaurant and Bar on U Street, and plenty of other new residencies and weekly gigs you can casually catch now that the scene has rebuilt some steam. Check our D.C. jazz calendar for all the action.

The following picks are the absolute not-to-miss performances happening in the Beltway this December.

Paul Carr is both one of the most venerated bandleaders and educators in the Mid-Atlantic region. The tenor saxophonist runs the beloved Jazz Academy of Music, directs the Mid-Atlantic Jazz Festival and still finds time to belt out some honey-sweet, sonorous melodies on his horn. He leads a group through standards and originals, channeling the strong melodic sense of hard-bop titans like Dexter Gordon and Lee Morgan.

Iphigenia: A New Opera by Wayne Shorter and Esperanza Spalding

Saxophonist Wayne Shorter has long been celebrated as the greatest composer for small-combo jazz. He may now reach even greater accolades as a composer with his new opera Iphigenia, with a libretto by the brilliant bassist and vocalist Esperanza Spalding.

Following Shorter’s passion for science-fiction, fantasy and mythology, the opera retells the ancient Greek story of Iphigenia, in a postmodernist rearranging.

Bassist Michael Formanek is a lion of the avant-garde world, a bandleader with the ECM label and frequent collaborator these days with younger stars on the scene like guitarist Mary Halvorson (he also directed the Jazz Orchestra at the Peabody Conservatory in Baltimore until 2018).

He performs a rare solo concert produced by Transparent Productions.

Bassist Kris Funn has a tone that is instantly recognizable – whether on a recording or cutting through the din of a U Street Club. It is raw, aggressive and booming and yet never overpowers his fellows on stage. Funn cut his teeth on the U Street of the early aughts, playing nightly at places like Café Nema, before going on to get schooled in jazz performance from years on the road with Kenny Garrett. He’s maybe best known to jazz audiences outside of D.C. for his tenure anchoring Christian Scott aTunde Adjuah’s “Stretch Music” groups of the 2010s, bringing that visceral swing to Scott’s booming trap beats and smoky and sharp trumpet tone. Around D.C. he leads the CornerStore, an electrified small combo – that comes in trio and quartet line-ups – that mixes up angular harmony, explosive guitar fireworks, hip-hop beats and melodies that hook you in.

The group performs at the new Songbyrd venue, opening for Forgivers, a shoegazey, ’90s Brit Rock-influenced supergroup from New Jersey featuring members of The Gaslight Anthem.