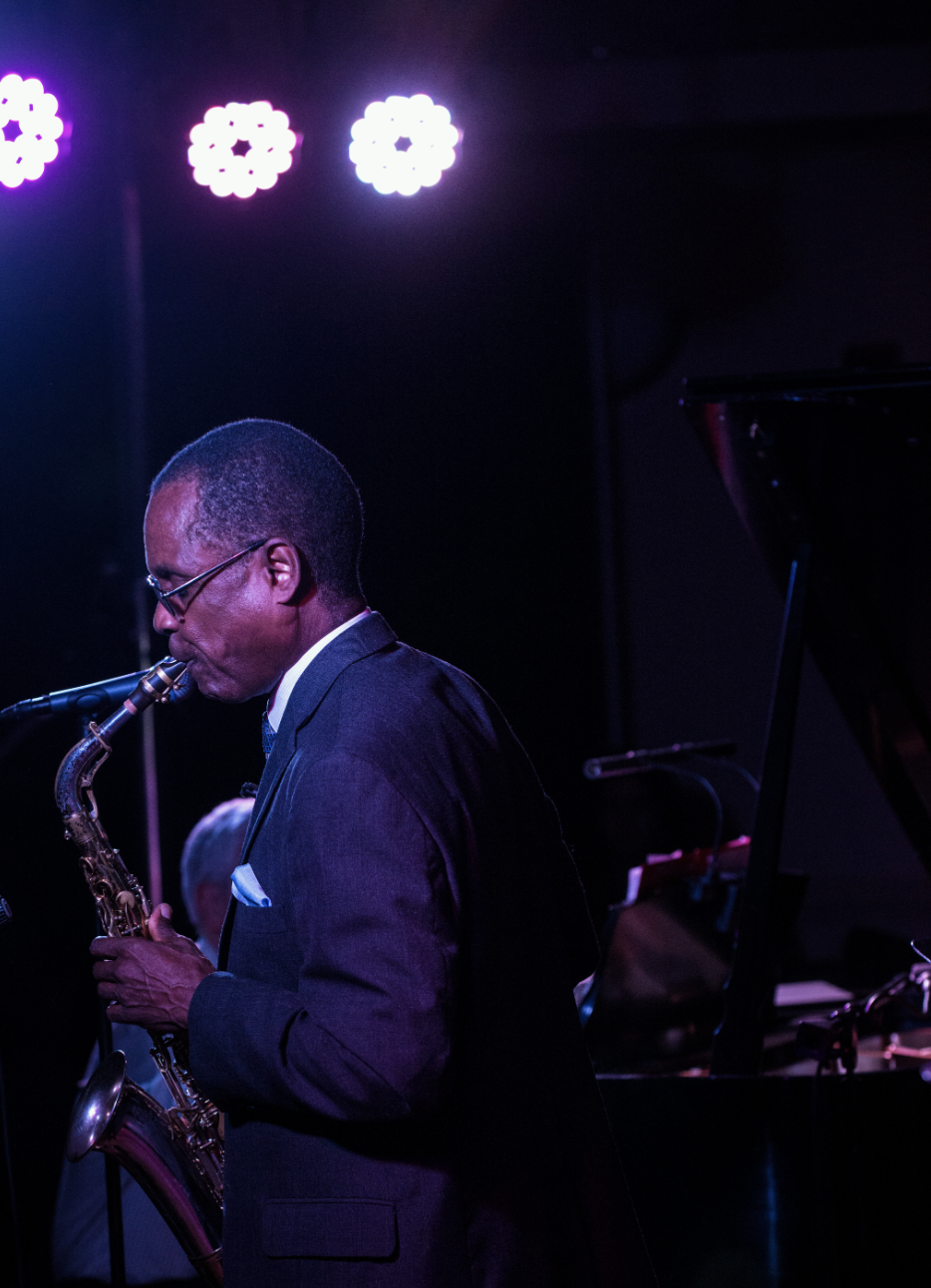 June kicks off the outdoor concert season in earnest, bringing back even more pre-pandemic and new programming to the DMV. The popular “Jazz in the Garden” series at the National Gallery of Art’s Sculpture Garden kicked off last month but its first June presentation is notable: Afro-Cuban percussionist Pedrito Martinez, whose command of rhythm is so great that even the most intellectual jazz fan will feel the need to dance. Trombone Shorty, one of the great modern inheritors of the New Orleans tradition, throws an all-out Nola dance party at the Filene Center at Wolf Trap with his Voodoo Threauxdown. The Home Rule Music and Film Preservation presents a new festival at The Parks at Walter Reed celebrating the premiere of its documentary short about Black Fire Records; the music festival features Plunky and Oneness of Juju; Doug Carn; David Murray; and TCB (CapitalBop is participating in the event, presenting David Murray; and this writer is editing a magazine for the festival).

Some other D.C. scene favorites this month include saxophonist Kamasi Washington and his scorching spiritual jazz at the Sixth & I Synagogue; the incomparable neo-soul vocalist Lalah Hathaway at The Birchmere; the electro-free jazz duo Anteloper, featuring trumpeter Jamie Branch, at Rhizome; and a triad of trumpeters at Blues Alley: Donvonte McCoy, Thad Wilson and Joe Herrera.

For some housekeeping: As programming evolves in this stage of the D.C. jazz scene and the pandemic, I am trying to keep note of changing regular gigs, weekly residencies, jam sessions and the like. Vocalist Alison Crockett and bassist Steve Arnold have resurrected the D.C. jazz singers jam at Mr. Henry’s, Sundays at noon. Drummer Julian Berkowitz’s regular jazz jam at the Green Island Café is canceled until further notice; he does have other weekly performances. Keyboardist and bassist Roberto Villeda hosts a Thursday night Latin Jazz jam (one of the few if only dedicated) at Simple Bar in Petworth. The Artemis in Mt. Pleasant hosts jams on Mondays, led by guitarist Dave Manley, and Fridays. Nasar Abadey, the D.C. drummer known for his band Supernova, leads a trio for brunch at Dolce Vite’s basement – the former HR-57 – on Sundays; it’s free and definitely worth it to see the master.

As always, check the full D.C. jazz calendar for a more thorough list of shows in the Beltway each month.

Ever since he won the Thelonious Monk (now Herbie Hancock) International Jazz Competition in 2014, Marquis Hill has been at the forefront of modern jazz. His Modern Flows records showed his sheer might and dexterity on the trumpet while more neo-soul-inclined joints like Love Tape show his range.

His newest record, New Gospel Revisited – recorded in 2019 – shows him at a pre-pandemic height of power with an impressive band of some of the best of the 30-something generation like Kendrick Scott on drums, Joel Ross on vibes and Walter Smith III on saxophone, as well as a range of original, heady compositions.

Herbie Hancock has helped to shape many of jazz’s machinations in the past 50 years. By his early 20s, Hancock was recording definitive hard-bop albums for Blue Note Records; soon after, he was a sideman in Miles Davis’ second great quintet, which exploded the rhythmic and harmonic barriers of mainstream jazz. By the 1970s, Hancock was on the forefront of jazz-funk fusion, and he created one of the most successful albums that the genre would ever know: Head Hunters. The list of his achievements runs on and on. The best way to experience the Grammy-decorated legend is to sit with his music, live in the flesh. He performs with his current band; he’s on piano, Fender Rhodes, and keytar, with Lionel Loueke on guitar, James Genus on bass and Trevor Lawrence Jr. on drums. (Listing adapted from a previous entry by Giovanni Russonello.)

Saxophonist Charlie Young III is one of the great educators on the D.C. jazz scene. He leads the Smithsonian Jazz Masterworks Orchestra through its deep dives into the rich, century-plus history of jazz.

As a member and sometimes leader of the Duke Ellington Orchestra, he has a great perspective on Ellington’s work in this program for the Westminster “Jazz Night in D.C.” He performs with a stellar group: Kenny Rittenhouse on trumpet, Reginald Cyntje on trombone, Robert Redd on piano, Michael Bowie and drummer Ken Kimery, the Smithsonian Jazz executive producer.

Bassist Michael Formanek is a lion of the avant-garde world: a long-time bandleader with the ECM label and frequent collaborator these days with younger stars of the scene like guitarist Mary Halvorson (he also directed the Jazz Orchestra at the Peabody Conservatory in Baltimore until 2018).

He performs a rare solo concert.

Orrin Evans was always known as a monster pianist in his native Philadelphia and up-and-down the east coast, leading a variety of groups including the Captain Black Big Band, where you could be as likely to hear cascading, symphonic jazz as David Bowie covers. He reached a new level of recognition as the pianist in The Bad Plus, replacing founding member Ethan Iverson until leaving the group recently.

Evans’ touch on the piano is full of surprises; while he never swerves into full atonality, his brand of post-bop veers in and out of old-school, lush harmony and fiercely restless, searching melodic development.