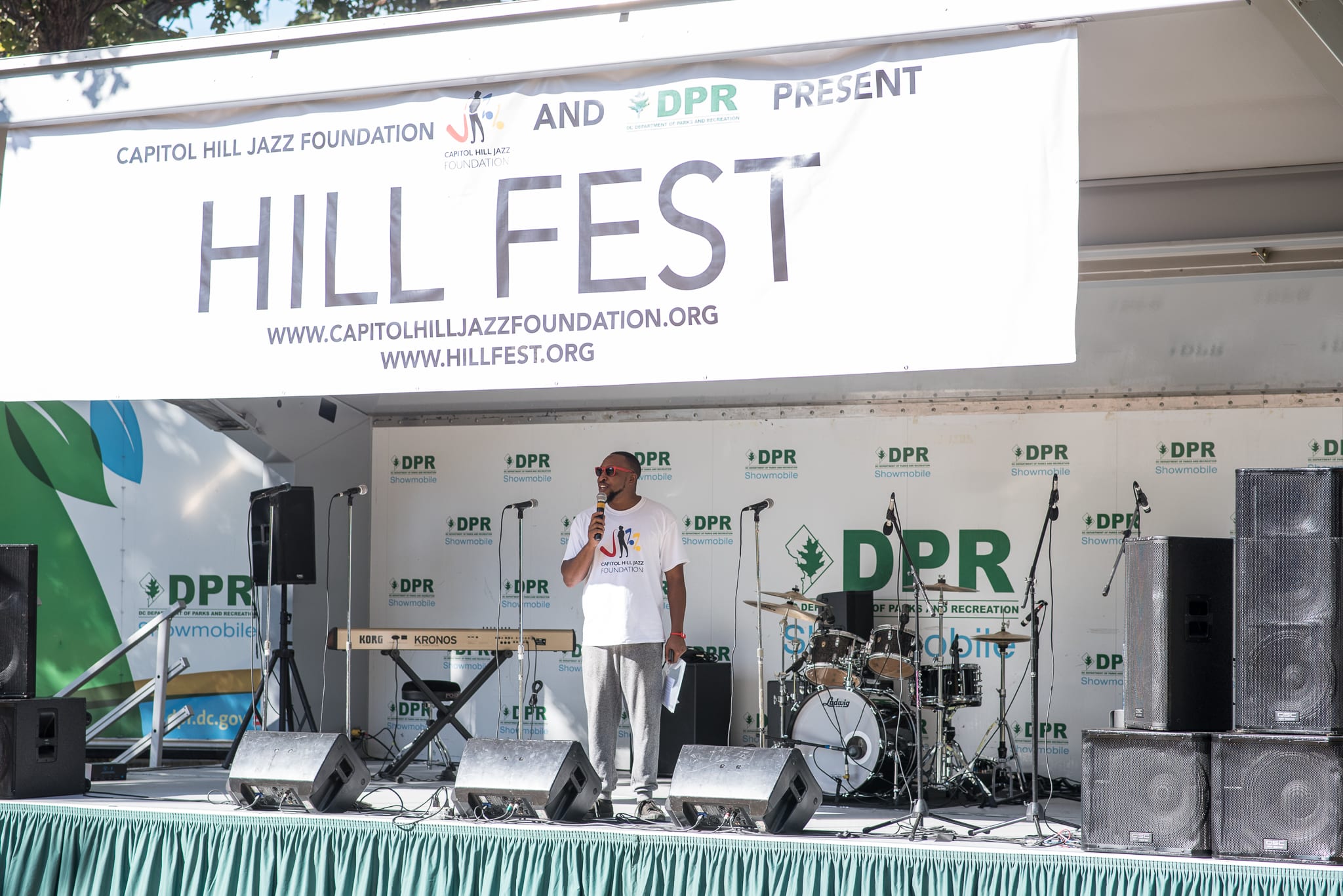 The Capitol Hill Jazz Foundation is teaming up this week with the DC Department of Parks and Recreation to host the second installment of its yearly Hillfest conference and festival. The events culminate on Saturday with a full day of free performances at Garfield Park, featuring the star vibraphonist Stefon Harris as well as an array of D.C.-based talent.

The four-day event reflects the mission of the foundation, a jazz-advocacy and community group founded by alto saxophonist Herb Scott and vocalist Aaron Myers with the goal of strengthening the neighborhood’s commitment to jazz.

Hillfest kicked off at Mr. Henry’s this afternoon, Wednesday, with a day of performances and panel discussions. This evening will feature a special Hillfest edition of the foundation’s signature offering: the Capitol Hill Jazz Jam. A host of music and conversation follows downtown on Thursday at the John A. Wilson Building, the home of the mayor’s office and the D.C. City Council. And on Friday, in the North Hall building at Eastern Market, the foundation will host a Hillfest Music Exposition, with participants including the Levine Music school, Chuck Levin’s music store, and Shadd Pianos.

Saturday’s outdoor concert will take place on two stages across Garfield Park. The headliner, Harris, is a prodigious vibraphonist and former member of the SFJAZZ Collective. He will appear with Blackout, his grooving quintet, which just released an acclaimed new CD, Sonic Creed. A retinue of D.C. artists, including the pianist Hope Udobi, the vocalist Akua Allrich and the saxophonist Elijah Jamal Balbed will also perform. The trombonist Bobby Felder will lead the Capitol All Stars Big Band.

Scott and Myers have tailored the weekday panel discussions to reflect many of the social issues in the wider cultural dialogue, such as promoting and empowering women in the jazz world, and the effect of government policy on the arts. A dialogue on Wednesday afternoon was set to focus on how the D.C. jazz community can respond to Wynton Marsalis’ controversial interview with the Washington Post earlier this year, when the Jazz at Lincoln Center’s managing and artistic director derided the role of hip-hop in modern American culture.

Myers, board chairman of the Capitol Hill Jazz Foundation, sees Hillfest as more than an event unto itself, and he sees its impact reaching beyond one neighborhood. He hopes it will help to build a groundswell of support for the music throughout the city. “It’s our goal to promote and empower the reach of other festivals and jazz programs here in the DMV,” Myers wrote to CapitalBop. He hopes to get there “by bridging the gaps surrounding advocacy, economic development and education.”

Looked at another way, Hillfest 2018 is perhaps an important show of solidarity and understanding from the D.C. government, months after the City Council considered a bill that would ban amplified performances in public spaces, drawing outrage from musicians and their supporters.

Mayor Muriel Bowser’s name is prominently displayed on the Hillfest website. Myers hopes that the event can help encourage her to focus on the concerns of artists and music lovers. “It is my hope that she will take a more concentrated look at how Washington could properly examine and bolster the creative economy, understanding that musicians and artists are also small businesses and constituents,” Myers said.