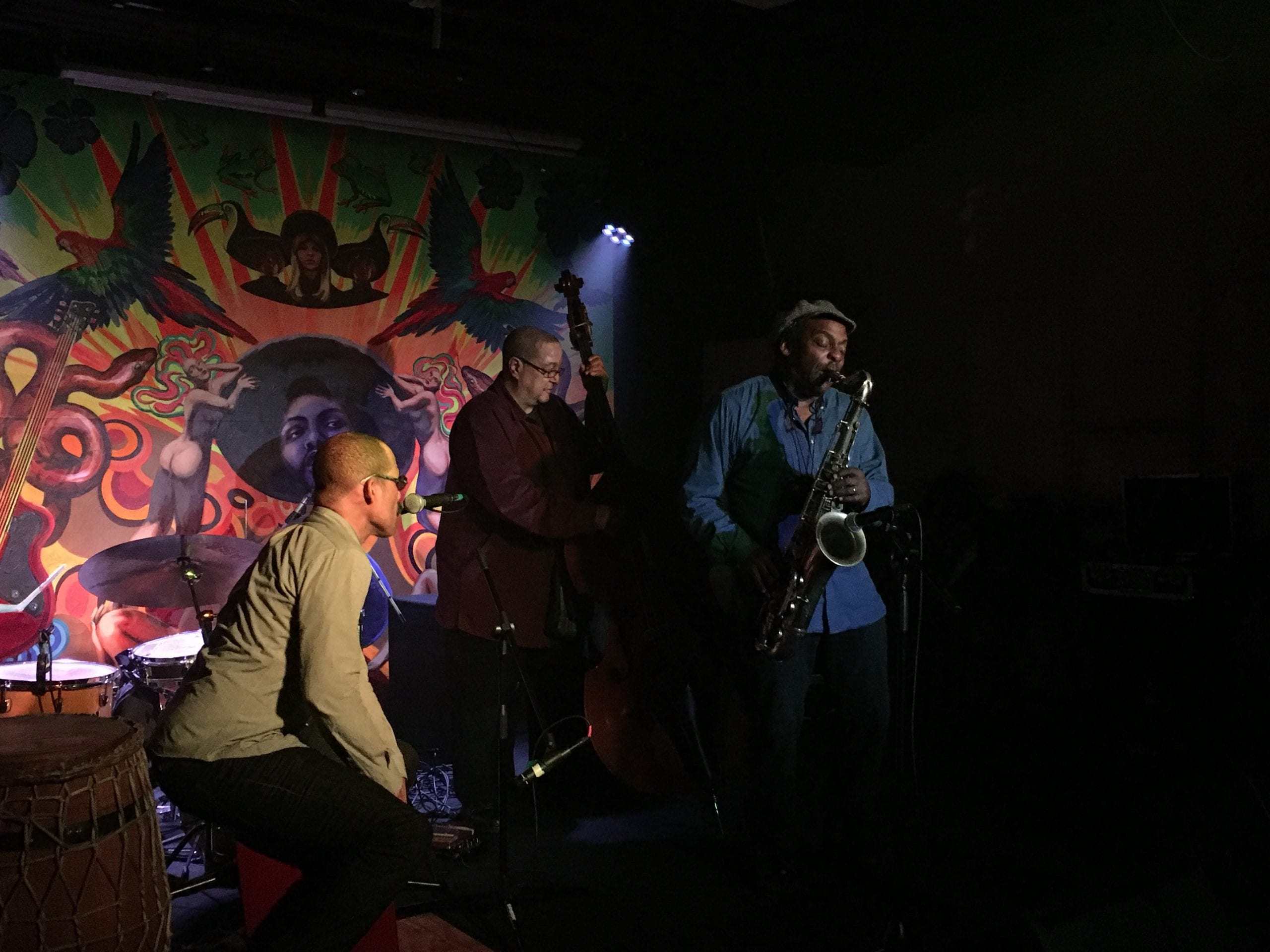 Kahil El'Zabar, David Murray and Harrison Bankhead perform at Tropicalia. Giovanni Russonello/CapitalBop
Interviews
Ed. note: this article was recovered from a previous version of our site for re-publication in advance of David Murray’s appearance at Rhizome DC on March 10, 2019. Learn more about this performance, and the DC Jazz Loft that immediately follows it, here.

Protean, prolific and quietly iconic, David Murray is one of the most discussed and written about figures in his generation of jazz. He developed alongside his friend, the infamous writer and scholar Stanley Crouch. In the Los Angeles area, Crouch — trying his hand as an avant-garde drummer — founded a group called Black Music Infinity, which featured some of the top musicians in the area at the time, including the legendary trumpeter Bobby Bradford and the soon-to-be-legendary Arthur Blythe, among many others. The name and the sentiment behind Black Music Infinity have stuck with David Murray throughout a career spanning more than three decades, with appearances on over 150 recordings.

Now he feels it’s time to reignite the ensemble and its radical message – only this time, with some of today’s finest firebrands. This weekend at Bohemian Caverns, he is joined by drummer Nasheet Waits, pianist Marc Cary and bassist Charnett Moffett.

In an interview conducted yesterday for WPFW 89.3 FM, I was able to speak in depth with Murray about his music, and the state of jazz today. The audio of that interview is available below.