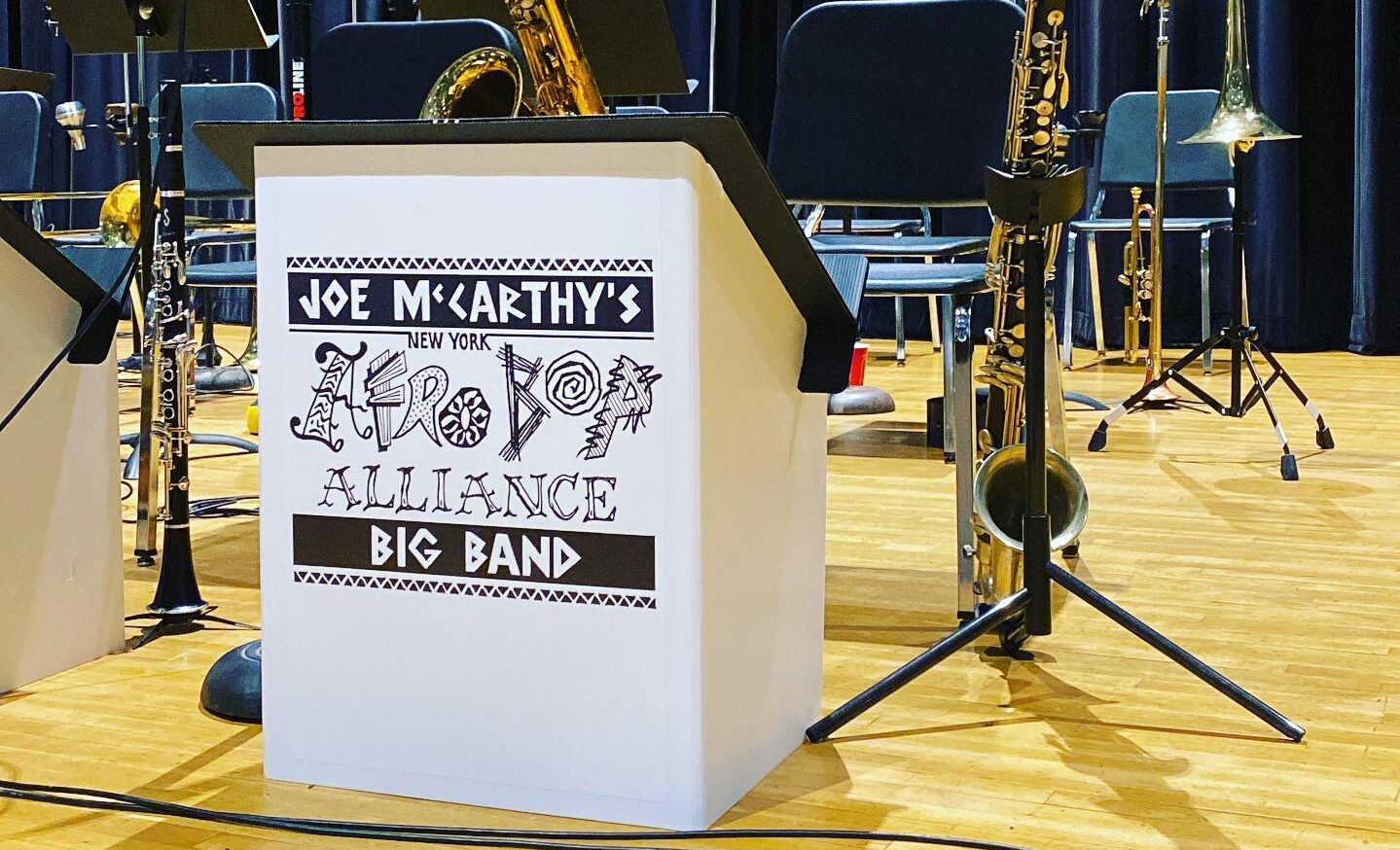 The New York Afro-Bop Alliance Big Band will perform its take on Tchaikovsky's "The Nutcracker" at Blues Alley on Monday. Courtesy facebook.com/nausetmusicboosterclub
Interviews

The Afro-Bop Alliance is known for combining the swaying, dance floor-ready rhythms of Latin America – Cuba, in particular – with the harmonic and melodic intricacies of a sharp, heady bebop sound. The DMV-based group had its reputation cemented in 2008, when its Caribbean Jazz Project won the Latin Grammy for Jazz Album of the Year.

Under the direction of drummer Joe McCarthy, the Afro-Bop Alliance has morphed and grown over the past decade-and-a-half, and has racked up a total of four Wammie Awards from the Washington Area Music Association. Today McCarthy has altered and expanded the ensemble’s lineup, and operates it under a new name: the New York Afro-Bop Alliance Big Band. The group’s latest album is The Pan American Nutcracker Suite, an ambitious reworking of Tchaikovsky’s The Nutcracker, which fuses the original ballet music with elements of jazz, classical, Afro-Latin and other dance music. As he explains in the conversation below, McCarthy avoided consulting the most obvious jazz-related source material: Duke Ellington and Billy Strayhorn’s 1960 album The Nutcracker Suite. (Full disclosure: McCarthy was once my professor at Georgetown University, one of a number of area schools where he has taught.)

McCarthy wrote the suite while in residence at the University of Texas, Arlington. He and the New York Afro-Bop Alliance Big Band arrive at Blues Alley on Monday to perform it in D.C. for the first time. I caught up with my old professor to talk about the new album, and what the big band has in store for Monday night.

The interview has been condensed and edited for length and clarity.

CapitalBop: For someone like you who is in the jazz tradition, did you start with Tchaikovsky or Ellington?

Joe McCarthy: We actually stayed almost completely away from the Ellington version – and not because it’s not great, because it’s amazing – but there is absolutely no reason to touch that, because it is what it is. We were actually working from the score of the classical version. And that includes harmonies: A lot of Tchaikovsky’s writing is in our arrangement. His voice-leading, his use of harmony … the shit is happening!

I’m not really a big fan of people redoing other people’s music. But the more that I thought about it, I was like, “The only way I’m gonna put this out is if it is completely different.”

CB: You said you started with the grooves. Can you break that down for us?

JM: I actually think it came more from the composition itself first. The last movement – the waltz – is a Venezuelan groove which is a joropo. When you think of a waltz, it goes, “boom chick chick, boom chick chick,” but joropo goes, “chick boom boom, chick boom boom.” So, the emphasis on the groove is actually on beats two and three, which, for an American ear, is like: “What the hell is going on?” It sounds like it’s tipped upside-down. But having the right players that are very comfortable with this stuff and can play it so it effortlessly, we are able to play it in a convincing manner to where it would make sense.

If you’re willing to listen to this thing top-to-bottom, you really get a pretty complete experience. The reed flutes is a Brazilian thing; there’s some funky parts; there’s some Partido Alto, which is like a Brazilian jazz groove you hear a lot in modern Brazilian jazz. But there’s also a chorale in there, where the rhythm section drops out. We really tried to make something where everything was really open.

CB: With a lot of specifically anti-immigrant political attitudes amongst Americans these days, was there something philosophically important about making a “Pan American” Nutcracker?

JM: You know, maybe. I never really thought of that, but when you just said that, it’s very possible. The woman I am married to has her doctorate in athletic training, and is extremely steeped in wellness: “mind, body and soul”-type stuff. She continually reminds me how important everything is. That includes different cultures and different viewpoints, whether political or religious. I think, sometimes, because I’m so serious about what it is that I do, that I’m not paying attention. She’s helped me to remind me to make sure my blinders are not on. I think that may have something to do with it.