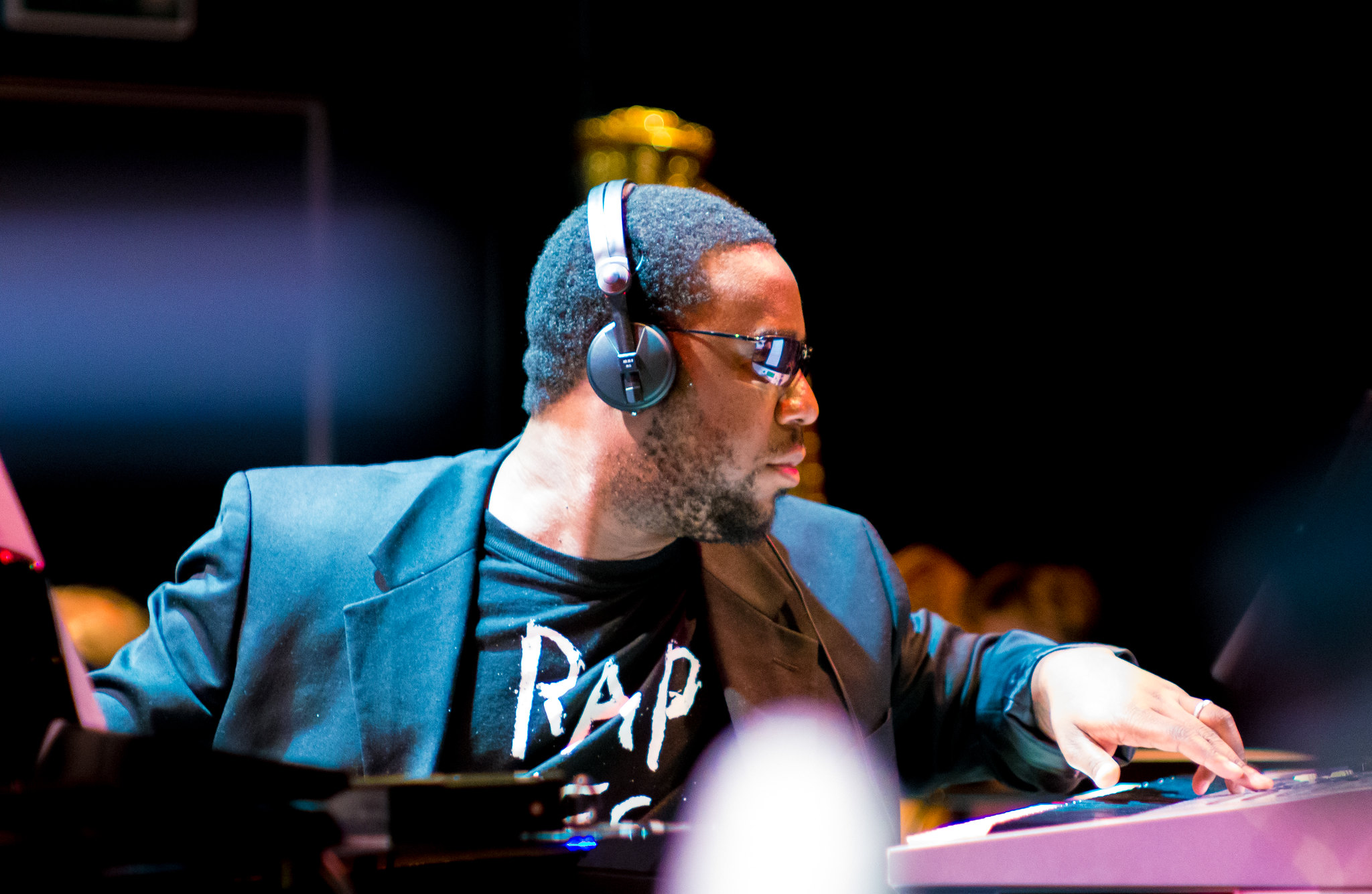 Robert Glasper will perform with Jason Moran at the Kennedy Center this month. Courtesy Justin de Nooijer/flickr
The Month in Shows

Happy Jazz Appreciation Month, DMV! The Cherry Blossoms are in bloom and so is the D.C. jazz scene. Things have not been this active since before the pandemic; it is a wonderful thing to see the city’s clubs, bars and other performance venues so filled with the sounds of standards ringing out and original music being workshopped.

Just look at the first Sunday in April to get a glimpse of how stacked this month will be. On top of the excellent regular offerings by Julian Berkowitz (at the Library Tavern), Andrew Musselman (at Tonic at Quigley’s Pharmacy), Victor Dvoskin (at the Tabard Inn) and others, the renowned bassist Stephan Crump will be performing at Rhizome, the titanic pianists Vijay Iyer and Craig Taborn will play a duo show at the Philips Collection, and to top it all off, the Sun Ra Arkestra will return with its joyful noise and radiant light to Wild Days at the Eaton hotel, for a five-hour residency. Spring is springing in D.C.

A few other jazz residencies have begun to return, or pop up anew: Blues Alley once again hosts its Japanese Jazz Series the first full week of the month, and will present a big band jam at the amphitheater near the Washington Monument on April 24 (it’s a quite underused and lovely venue, especially this time of year). Drummer Allen Jones (a sometime CB contributor) is now holding it down every Wednesday with a trio at the Bull Bar and Grill, uptown on 14th Street NW. Lynn Veronneau and Ken Avis continue to program a wide-reaching series at Virginia’s Creative Cauldron as well. Flautist and composer Alex Hamburger will play twice this month as part of her artist residency at Strathmore; she also has a weekly gig at the Bourbon Boulevard in Chantilly, Va.

All of the above and the five picks that follow are, as always, guideposts to help you navigate the rich landscape of D.C. jazz and creative music. Check out CapitalBop’s DC jazz calendar for every in-person show we know of inside the Beltway (and every live streamed show from here to Baltimore) for the month of April.

The Sun Ra Arkestra has been at the forefront of creative music for almost seven decades now. While existing under various names and configurations while Ra himself led it, it’s been helmed for the last two-plus decades by alto saxophonist Marshall Allen, and has seen in a resurgence in popularity in recent years.

The group plays cosmic-minded music that can range from sounding heavenly to being as discordant as a meteor storm, but it’s always full of uplifting, divine intentions.

Akua Allrich and the Tribe

Whether she’s singing an original, a classic jazz standard or something from the Miriam Makeba songbook, there is a deep spiritual conviction within Akua Allrich’s music. Her voice wells up from deep in the chest to unleash powerful statements of resistance and change, or to sigh sweetly in ballads. She calls the band she performs with the Tribe, and no matter who is in it, there is deep chemistry between them.

Allrich brings her band to the Kennedy Center’s Millennium Stage, which has returned to programming top-notch cultural offerings every day, for a free performance. You can also livestream the show.

The prominent pianist Robert Glasper is constantly pushing for more artists, styles and ideas to be included under the umbrella term of “jazz.” From Mos Def and Kendrick Lamar to Lalah Hathaway and Bilal, he’s bolstered and collaborated with many.

Jason Moran, Glasper’s fellow Houstonian, is among the most imaginative pianists of their generation. The scale of his works, from tributes to Thelonious Monk and James Reese Europe to skateboarding-meets-jazz installations, reveal a staggering breadth of creative vision.

The two pianists will perform together in what is sure to be a brilliant meeting of the minds.

Saxophonist Brad Linde is among the most prolific musicians on the D.C. jazz scene. By his own count, he’s been involved in 32 different groups, many under his own leadership, over his nearly two decades in D.C., ranging from a band dedicated to free-jazz arrangements of Roger Miller honky-tonk tunes to traditional large jazz ensembles.

He leads a tribute to the legendary bassist, composer and bandleader Charles Mingus to mark his 100th birthday (April 22), providing his own spin on two of Mingus’s concerts from 1965 at Monterey and UCLA. It’s an all-star affair of D.C. jazz talent, featuring young cats like Keith Butler Jr. on drums Abe Mamet (a CB contributor) on French horn; Joe Herrera, Bags Davis and Leo Maxey, the trumpet section of the Bohemian Caverns Jazz Orchestra; and some long-time collaborators like Liz Prince on tuba and (CB co-founder) Luke Stewart on bass.