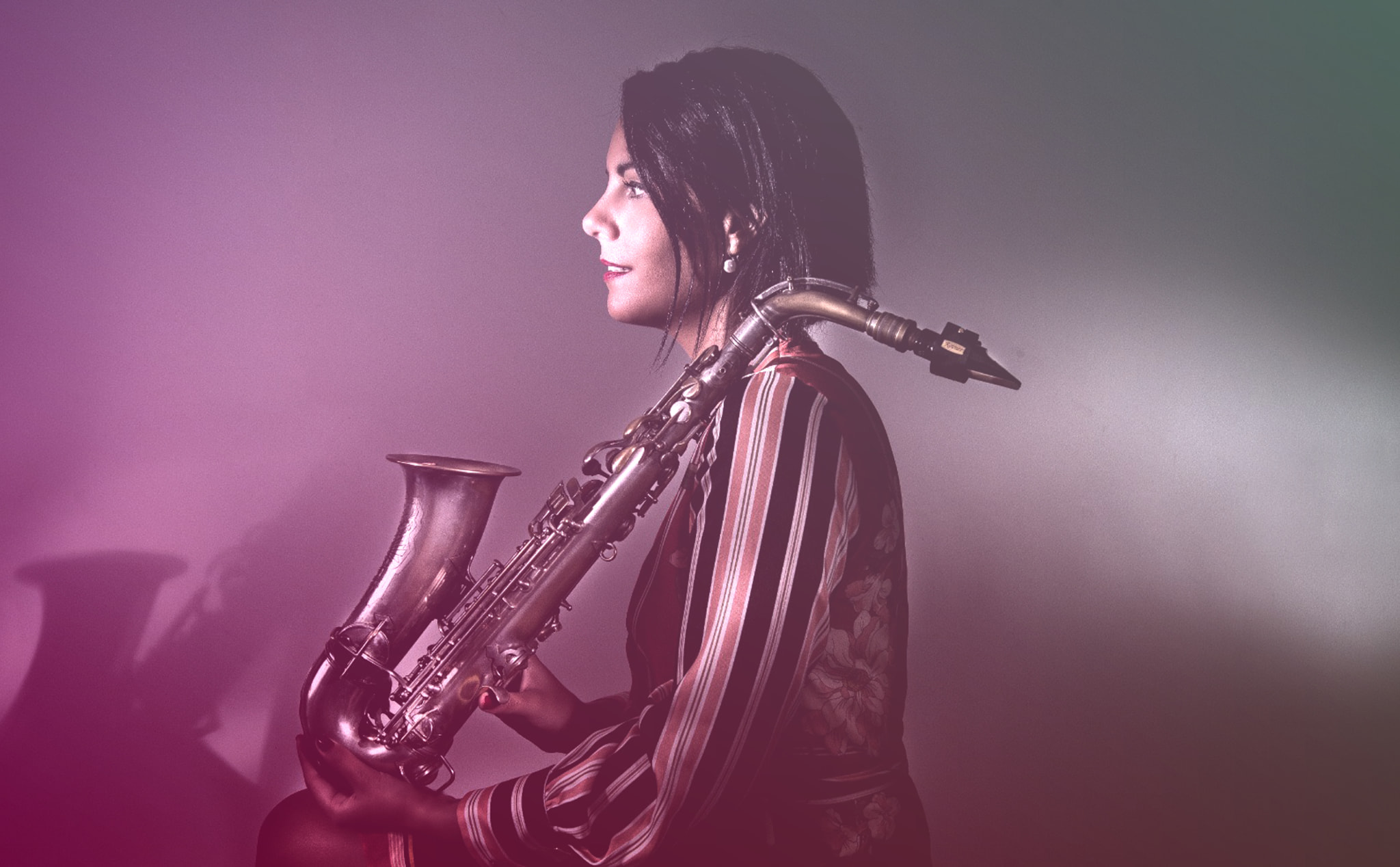 Patricia López will perform this month as part of the Washington Women in Jazz Festival. Courtesy Facebook
The Month in Shows

This month marks two years since the COVID-19 pandemic hit full-bore in the District. But looking at the amount of great music being made in all sorts of venues around the city this March, it’s remarkable how strongly the D.C. jazz scene has rebounded.

We’re late getting this month’s five-jazz-picks column posted, but there’s still plenty to draw from, since things are still just amping up on the scene. We’re looking at a very busy second half of the month.

The Washington Women in Jazz Festival is back this year in full force, bringing featured performers from across the region and the globe after so many virtual collaborations. Be sure to catch saxophonist Leigh Pilzer’s new band “Seven-Pointed” Star on April 1 as well as the second Jazz Girls’ Day D.C.

Blues Alley has started a new residency program, a great programming addition to let a different musician each month experiment with sets, sounds and bands on a weekly basis. After Marshall Keys held forth on Tuesdays last month, the veteran guitarist and bandleader Dave Chappell is bringing some six-string fire to Georgetown each Tuesday in March with special guests.

Also, trumpeter Joe Brotherton has also taken up residency in Petworth’s St. Vincent Wine every Monday – for this month at least, maybe beyond!

In addition to the above, here are five stand-out shows that you should not miss this month. As always, the full breadth of jazz and Black American Music shows in the Beltway are listed on CapitalBop’s D.C. jazz calendar.

Thollem McDonas makes soundscapes that can seem like the score for a cyberpunk thriller one moment, leaning into repetitive, mechanical and grungy patterns on the synthesizers and dark tones on the organ, then morph into some kind of John Cage-meets-drum machine exploration of texture, form and tone and then some mad remix of Duke Ellington the next.

He’s on tour for his new album Obstacle Illusion, and will perform that work with projections. A pianist as well, McDonas will also perform in a trio with bassist Luke Stewart (disclosure: CapitalBop’s co-founder and Director of Presenting) and drummer Nik Francis, a powerful duo of free improvisers from the area.

Bassist Corcoran Holt began his musical career in DC as a fouryear old, learning African percussion on the djembe. He later switched to bass but kept that deep feeling of groove; it has brought him to share the stage with luminaries like Kenny Garrett.

After spending a few years in New York, Holt is now based again in the D.C. area and celebrates his homecoming with a headlining set at Westminster Presbyterian’s Friday “Jazz Night in D.C.” with a strong band: Donvonte McCoy on trumpet, Brian Settles on saxophone, Janelle Gill on piano and Kweku Sumbry on drums.

Ben Williams: I AM A MAN

Bassist/composer Ben Williams is one of the District’s star ex-pats, often appearing on bandstands with New York City’s elite (think Pat Metheny, Terence Blanchard, Stefon Harris…the list goes on). Williams’ own sound as a leader is still nascent — he’s recently started iterating on Neo-soul as a vocalist — but all of his music is clearly shaped by the contemporary modern jazz world he plays in, and his facility and confidence on upright and electric basses is impressive.

He returns to his hometown and makes his debut at the Kennedy Center’s new jazz club with his I AM A MAN project, a long-delayed performance.

Amy K. Bormet grew up in D.C. learning from Davey Yarborough at the Duke Ellington School of the Arts and further honed her voice at Howard University’s music program. Her chops, rooted in the tradition, are evident, but her voice as a composer draws on a range of influences from sparse Nordic jazz to lyrical, grooving, Afro-Cuban pianistics. She’s a versatile pianist and vocalist — and the founder of the Washington Women in Jazz Festival.

As part of the 2022 WWJF, Bormet and her trio are joining forces with the Uruguayan saxophonist and flautist Patricia Lopez, who creates music that draws on the drones of electronic, noise and creative music as much as it does the Escherian angles of contemporary post-bop.

Sons of Kemet makes music that is ancestral, ancient, vibrant and modern all at once. They conjure the rhythms of Congo Square, and of West and southern Africa, to make jazz that sounds almost closer to underground dance music: you cannot resist the urge to move your body along to the group’s infectious grooving.

The music the Sons make is forward thinking, politically progressive and charged with an Energizer Bunny-level of energy.