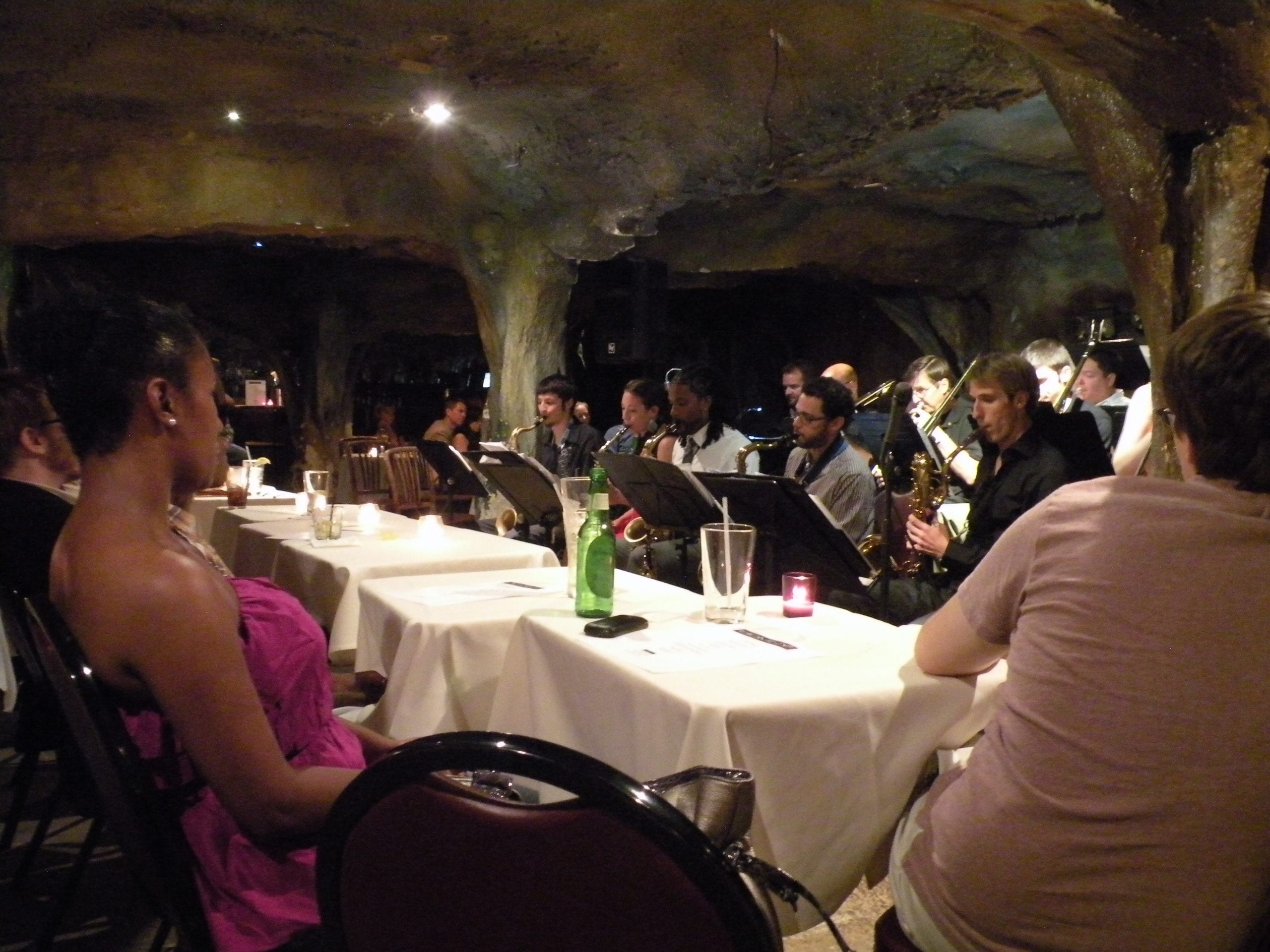 If there was any sort of question before, it’s been put to rest: The Bohemian Caverns Jazz Orchestra is the most reliable weeknight gig on U Street.

After five months of playing every Monday night at the Caverns, this 16-piece big band seems almost as much a part of the club as its craggy walls. Indeed, the band’s dynamic arrangements and punchy soloists have a broad appeal – it’s no secret why the orchestra attracts sizable and diverse audiences week after week.

Sure, the mention of a traditionalist jazz big band might conjure sepia-toned images of Benny Goodman’s orchestra churning out supple ballroom fare. And, admittedly, Duke Ellington was known to play these very Caverns during his early days in the 1920s. But the Bohemian Caverns Jazz Orchestra, with members ranging from 20-year-olds to septuagenarians, plays swing with an electric charge – nothing stuffy or outdated here. Besides, under the leadership of trumpeter Joe Herrera and baritone saxophonist Brad Linde, its broad repertoire ranges from Count Basie to Coltrane to the members’ own compositions. (A forceful, gliding interpretation of Trane’s “Lazy Bird” is a particular treat.)

Members of the orchestra collect their things after a show.

This past Monday, the band was in full force. Bassist Regan Brough, a member of the U.S. Army Blues big band, and drummer Dave McDonald, of the Air Force’s Airmen of Note, held down the rhythm with anything but militaristic rigidity: Their hard-driving swing was forceful but unpredictable, and Brough’s blues composition, “Walk that Dog,” was a whimsical crowd-pleaser.

The horn section, meanwhile, features some of the city’s best soloists. Trumpeter Brad Clements – who plays in the band of D.C.’s true mayor for life, Chuck Brown – was well-received, demonstrating the type of restraint and subtlety of phrasing that one might learn from playing behind, say, a larger-than-life go-go frontman. On the up-tempo Basie classic “Wind Machine,” tenor saxophonist and U Street darling Elijah Jamal Balbed, 20, blew a solo that was characteristically forceful – but also displayed the kind of thoughtfulness that has happily crept into his vocabulary of late.

Alto saxophonist Brent Birckhead, in a class by himself, glided over the chord changes during his solos with seeming effortlessness, like an Olympic weight lifter toying with a feather. Which is not to say that Birckhead didn’t seem to be trying – only that his tone was pure as sunlight, and his free-flowing showers of notes never limited by harmonic mode. (Just don’t try to compliment the guy – he’ll call you crazy. In the face of all his skill, this Downbeat award winner’s modesty is almost criminal.)

When the Bohemian Caverns Jazz Orchestra announced its inception in March, the blogger Maryam Balbed noted: “The Village Vanguard, Smoke, and other New York clubs have their own house big bands, and now DC has one too.” Now going on the half-year mark, the capital city’s own jazz orchestra is living up to the comparisons. Next time you’re free on a Monday night, this is the guaranteed bet for excellent jazz.