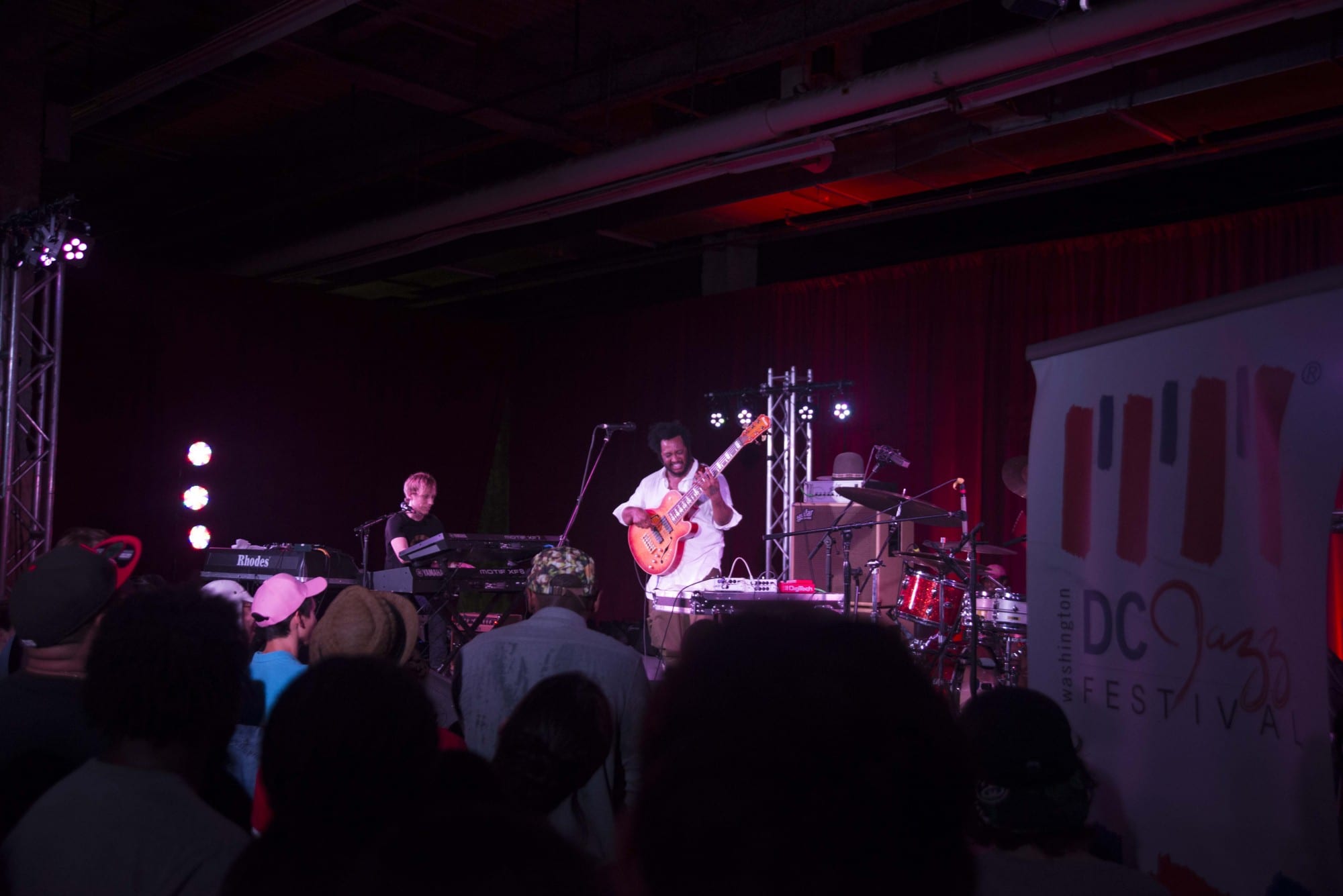 Thundercat performs in a converted warehouse at CapitalBop's DC Jazz Loft Series, part of the DC Jazz Festival this past June.
Videos

We’re in the season of the best-of lists, when everyone’s trying to wrap their minds around all that’s happened over these very eventful past 12 months. Here in CapitalBop land, it’s been a remarkably productive year—full of exciting shows, activism, educational programs and an ever-increasing amount of long-form journalism on our website. But for now, let’s forgo a list; it’s obvious to us what the highlight of all our happenings was.

It came in June, when we took an empty building in the Hecht Warehouse District and turned it into a beautiful theater. It became a pop-up venue for exactly three days—but we made the most. We presented three bands from Baltimore, led by greats Gary Thomas, Warren Wolf and Kris Funn. We had superstar Thundercat (who’s featured on a huge amount of those year-end lists) on a double bill with D.C.’s Sam Prather and his Groove Orchestra. We celebrated the 50th birthday of the Association for the Advancement of Creative Musicians, or AACM, with master classes, panel discussions and performances from some of its true luminaries: Nicole Mitchell, Ernest Khabeer Dawkins, Mike Reed, Tomeka Reid and others. Basically, it was about as epic as this year of so much muchness demanded.

Now, you get to relive those three amazing June nights, thanks to this amazing video. Check it out, pass it around, enjoy. (And if you want to pitch in, hop over to CapitalBop’s support page to make a year-end contribution—our efforts continue to grow, and we continue to need your support to keep jazz and creativity in D.C. thriving.)