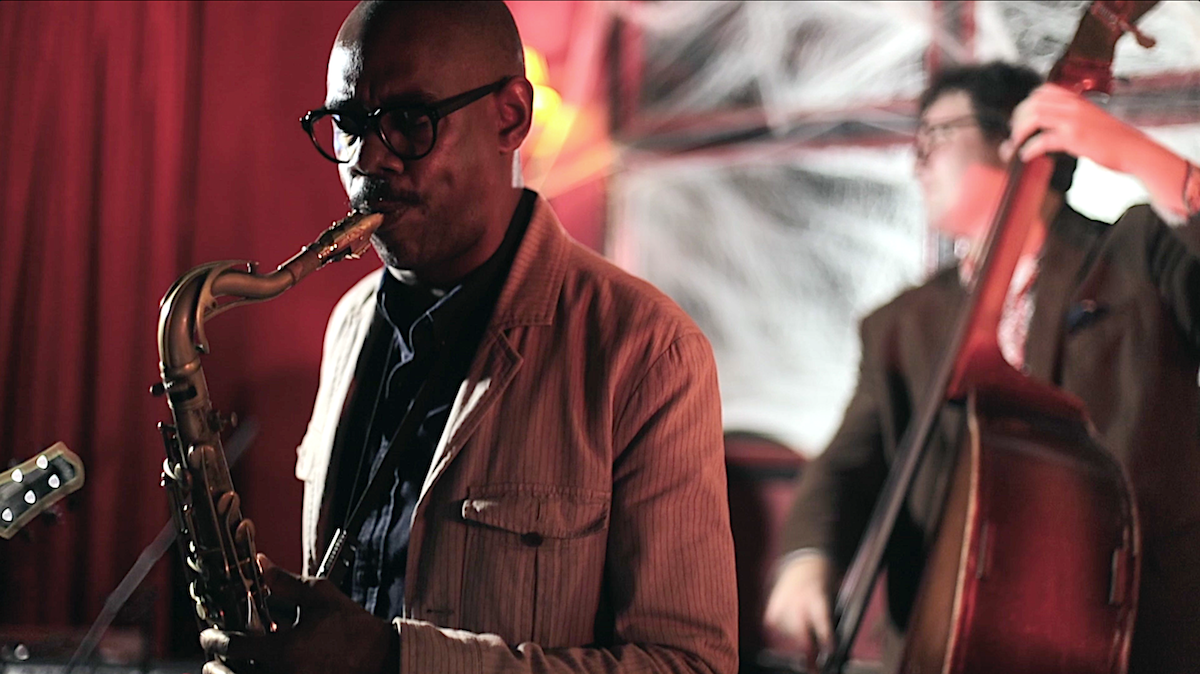 True to the group’s title, the emotional tone of a Sea Change set moves in tides, or waves — from sunlit optimism in one song to a dark, pensive moodiness in another. But wide as that contrast might be, Arnold’s compositions are all distinctively his own. They seem to come from a particular headspace: one with a lot of introspection, and just enough vulnerability.

Arnold didn’t grow up playing jazz, as he told me in our CB Sessions interview. I think his musical omnivorousness serves him well in contexts like Sea Change: Tunes like “Wide-Eyed” rely on the format and language of chamber jazz, but also borrow heavily from folk, modern rock, minimalism, and probably a dozen more stylistic playbooks. (If the group reminds me of any particular jazz sound, it’s probably the modern approach offered by musicians from Scandanavia and Isreal: Esbjorn Svensson, Yaron Herman, Avishai Cohen and others.)

Plus, Arnold has a knack for putting together a band. The ensemble on this recording isn’t Sea Change’s only lineup, but they are all close collaborators of Arnold’s, and their unique chemistry creates a lot of pretty brilliant moments. Brian Settles’ always-riveting voice on the tenor saxophone sets Paul Jung’s snare-drum stabs on fire. Jordan Williams’ piano accompaniment sometimes sounds like an extension of Arnold’s bass figures. And guitarist Nelson Dougherty is practically writing a masterclass on how to create atmosphere while remaining nearly invisible. Overall, it’s a remarkable sound, and one unlike any other ensemble based in the District.

For the best sound, listen on headphones or good speakers.