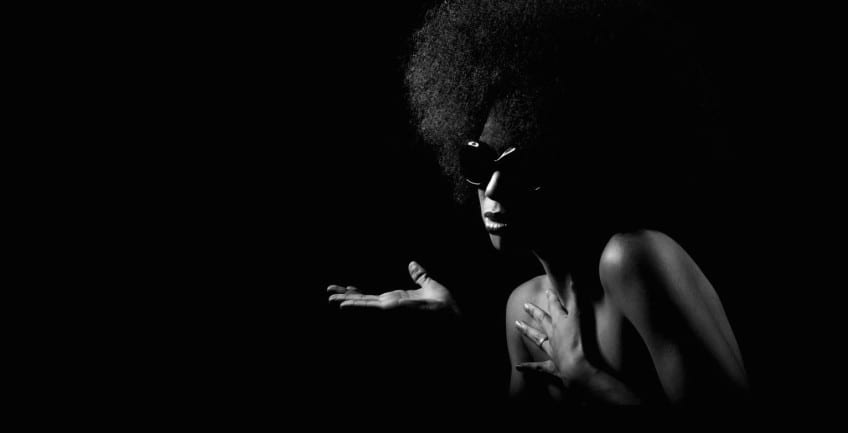 In Is This It? My American Dream, the one-woman show that she’ll debut this Sunday at Blues Alley, Alison Crockett focuses her vocal and songwriting talents on the mounting challenges facing the United States as we stagger into the new millennium. Armed with wit, grace, drums and bass, Crockett is among the most grounded, and gripping, performers in D.C.

The show is based around her 2012 album, Mommy, What’s a Depression, which got its title directly from her young daughter’s question about the economic woes reported in the media. On the record, Crockett presents her take on the Wall Street collapse, growing inequality, urban gentrification, war and immigration. It’s all framed in the context of her experience coming to terms with the events and changes of recent years, on a personal level. A longtime comic-book fan, Crockett draws a parallel between everyday people and the comic-book super heroes. The moral is clear: Many of us face incredible challenges just to get by—let alone enjoy the American Dream.

“So much has been happening in the last 10 years,” she said in a recent interview. “It’s a period which, in a few years, will inspire a lot of historical comment. Seeing everything that’s been going on, I wanted to start a conversation about the situation in my music. With some exceptions, notably in hip-hop, few artists seem to have been commenting on what’s been going on. In the ’60s and ’70s the commentary was everywhere—even in pop music.  My job as an artist is to start conversations, to have people think and explore what direction to go in. I can’t tell them what to do. I don’t have the answers. But I can start the conversation.”

Any musician who has heard Crockett will attest to her vocal prowess. After studying voice at Philadelphia’s Temple University, she earned a master’s degree at the prestigious Manhattan School of Music in New York City. Her acrobatic vocal chops and delicious tone brought success in jazz, funk, soul and house music. Her voice has been heard with the electronic musicians King Britt, Blue Six, Mathematics and Landslide; the rocker John Wicks; and the UK acid jazz outfit Us3, with whom she enjoyed an international Top 10 hit and world tours. Between 2003 and 2007, living in D.C., Crockett shifted between musical styles on a series of internationally acclaimed albums under her own name. In recent years she has focused on raising her two young children while remaining active as a performer and establishing herself as an in-demand vocal coach. Crockett teaches privately and at George Washington University and in D.C. public schools.

Crockett started writing the material that would become Mommy, What’s a Depression in 2008, while absorbing the events and personal stories of family and friends. The album continued to evolve, with production support from her brother, until its recording and release four years later. It engages explicitly and directly with today’s reality, echoing the social awareness and activism associated with the classic works of Nina Simone, Marvin Gaye, Stevie Wonder and Curtis Mayfield. In Crockett’s pastiche, contemporary funk, soul and hip-hop coexist with ironic twists on jazz standards to present a diverse yet cohesive commentary on contemporary America.

“It’s the story of my life and the people around me,” she said of Mommy. “A song like ‘I’m a Hustler’ was written in the car going to my next job, at the same time hustling my kids to day care and dance classes—an experience shared by many in the current environment. Over recent years people have been experiencing their mortgages going underwater and getting up at 4:30 a.m. to get everything done before they go to clean houses. We’ve bought into the American Dream of 2.5 kids, a home and an annual vacation. Yet, when and if you get there, it’s stressful and not easy to hang on to.

“Even the people who invested in education and thought they had a safe job have been finding the going tough. Then [Crockett’s reworking of the Gershwin standard] ‘My Man’s Gone Now’ is a song about another reality, based on the experience of women whose men have been deployed to Iraq, leaving them to fend for the family while the soldiers defend the American Dream.”

Mommy, What’s a Depression integrates sound collages, pairing dubious quotes from both President Barack Obama and President George W. Bush with sitcom laugh tracks. It leaves the listener with no doubt about the time, place or people Crockett purports to represent—and it’s clearly not the 1 percent. Track 10 is a medley featuring three of the blithest songs in the jazz canon (“They All Laughed,” “I’ve Got the World On a String,” “What a Wonderful World”), but she reinterprets and adds new layers of meaning to the standards. “When I saw the Occupy demonstrations on TV and watched the stock exchange people looking out of their tower-block office windows laughing at the demonstrators, I thought about the song ‘I’ve Got the World on a String.’ I tried to record it reflecting the attitude and self-satisfaction displayed by those that have,” she said.

“There has been a long-held association that success is defined by money. If the economy is booming everyone will be fine,” Crockett adds. “The question many are beginning to ask is, ‘When will the money trickle down to us?’ Because we aren’t seeing it yet! We are coming to grips with all of this and I believe that what most people want is fairness and to be respected and to be treated as humans. The song ‘H-U-M-A-N’ asks the question: ‘What does it mean to be human, to have humanity in the face of situations like the Iraq war, where the media reflects the pain and outrage of 4,500 U.S. soldiers losing their lives while paying little attention to the total loss of around 400,000 lives in that conflict?’ These are the kind of questions which I want to address and start conversations about in my performance.”

Is This It? My American Dream will present Crockett in a sonic context that’s very different from that of the album. Replacing Mommy’s beat-heavy, layered electronic production, the show’s only instrumentals will come from Jabari Exum’s percussion and Tarus Mateen’s bass. The songs the voice and the message will stand front and center. True to her conviction that the album is more than a simple collection of songs, Crockett’s one-woman show will provide the opportunity to clarify and expand on the issues behind each composition. She relishes the opportunity to engage with the audience. “The whole point is that this will be a conversation,” she says, “and if the audience wants to talk back, great. So much the better.”

In a recent column for this site, Sriram Gopal reflected on the challenges of songwriting in the jazz aesthetic, where “commercial and artistic considerations have prevented the rise of the jazz singer-songwriter,” and he encouraged vocalists to “break out their pens.” Alison Crockett is an example of one D.C.-based singer who is taking things a step further, writing songs that are contemporary, topical and socially challenging.