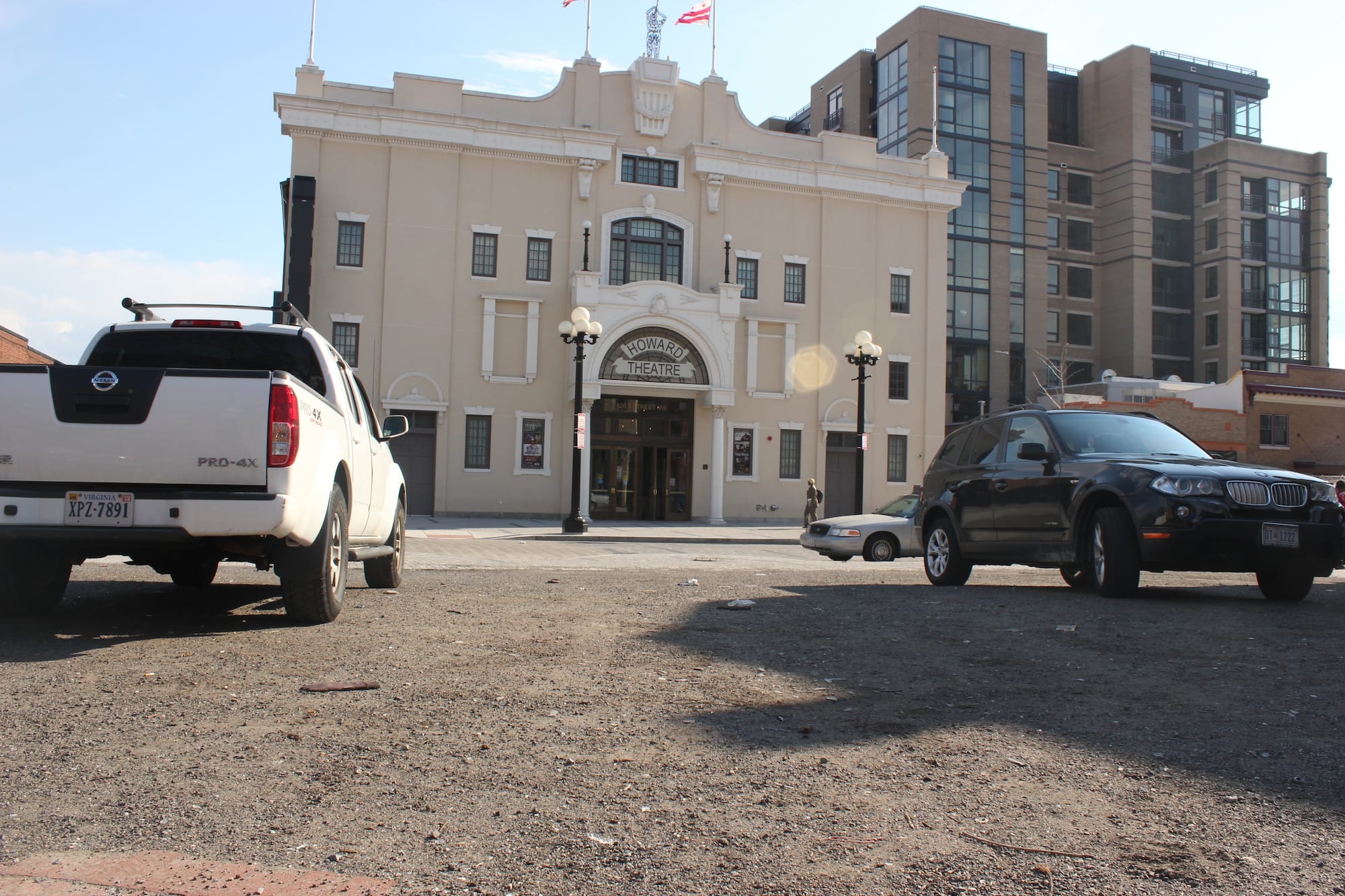 If a plan is approved by the city, the new HR-57 may be located on the site of this parking lot. Jennifer White-Torres/CapitalBop
News

HR-57 is down again, but not out. The popular jazz club closed its doors on H Street NE last weekend, but its owner is laying plans to build a new, expanded venue along the U Street corridor.

Tony Puesan told CapitalBop on Wednesday that he will submit a proposal to the D.C. government to purchase a vacant, city-owned property on the corner of T Street and Florida Avenue NW, across the street from the Howard Theatre. Located at 625 T St., the site (shown above) is currently a parking lot owned by the city.

Puesan’s development proposal has yet to be approved by the District government. But if the deal goes through, he says the new location would allow for extended daytime hours and more resources for musicians.

“We are in the midst of negotiating for a spot that we would consider historic—next to the Duke Ellington statue, right across from the Howard Theatre,” Puesan said. “We are going to build this facility from the ground up. This is from scratch.”

The club—whose full name is HR-57 Center for the Preservation of Jazz & Blues—is no stranger to relocations. In its 21-year history, it has already had five different homes around the city. But it’s been seven years since the club owned its own property, and Puesan hopes to use a new building to offer open jam sessions and house other community gatherings.

On Aug. 4, Puesan told the blog Frozen Tropics that his old location on 10th and H Streets NE would close at the end of the week, prompting outcry from area fans and speculation about where the club might be headed. If the announcement seemed abrupt to some, Puesan says he has been building community support in the U St. neighborhood for some time. 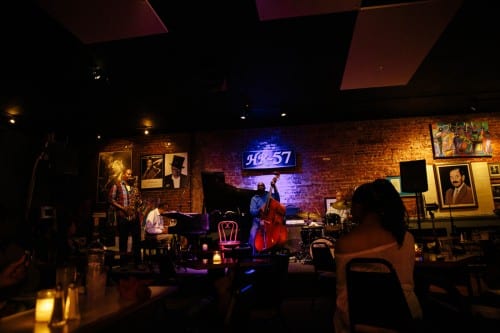 According to Puesan, the ANC 1B and the LeDroit Park Civic Association have sent official letters of support. “They want us at that location. We’ve met with them and they’re happy,” he said.

Golda Phillip, president of the LeDroit Park Civic Association, said that Puesan first came to the community group’s May meeting, where he announced plans for the site on T Street and fielded questions. Parking space and noise were residents’ paramount concerns, but the overall mood was receptive, she said. Puesan assured the community that he would soundproof the building and abide by D.C. noise ordinances. The association voted to support HR-57’s plans at the next month’s meeting.

“We had, I believe, two abstentions and no votes in opposition,” Phillip said. “Based on the vote, I think the folks who were at the meeting felt that the benefits greatly outweighed the potential problems.”

The ANC 1B office did not respond to requests for comment.

Community support alone does not guarantee the move will go through. Since the lot is owned by the D.C. government, its sale must be approved by the Office of the Deputy Mayor for Planning and Economic Development. For that to happen, the office must first release a Request for Proposals (RFP), and then evaluate all bids on the property—a process that can take months.

Chandra Washington, communications director for the Office of the Deputy Mayor, says that while her office has not engaged in direct negotiations with Puesan regarding the T Street location, it has been acting as a resource to help HR-57 identify possible locations. She stresses that HR-57 will need to apply to purchase the space like any other institution.

“We anticipate issuing an RFP for 625 T Street in the near future,” Washington said. “This process is competitive and we would be happy to receive proposals from anyone.”

Washington says that while she cannot name specifics, she has heard other businesses may be interested in the location. Despite the lengthy process, Puesan is confident about his proposal’s chances.

“They can’t just go along with [our development plans], simply because they’re a government agency,” he said. “They administer the property, they put it up for a bid, and we’re submitting a bid. We have our bid ready to go.”

If approved, the site on Florida and T will be HR-57’s sixth location in just over two decades. After its founding in 1993, the club spent three years at 9th and P Streets NW. After a short stint at 14th and V Streets, it spent more than a decade at a big and rundown but widely treasured venue at 14th and Q Streets. Then in 2010 Puesan surprised the jazz scene by announcing plans to move to Northeast’s H St. corridor; he first opened up shop in a relatively small room on 8th and H Streets NE, and later moved to the corner of 10th and H.

Ultimately, the response on H Street was not strong enough to keep Puesan there. The allure of U Street’s foot traffic, along with the opportunity to own his own building, spurred the move back to Northwest.

“Basically we found that we had a big audience in Northwest. We’ve got a lot of supporters here in Northeast, but we’ve got a ton in Northwest,” Puesan said.

Building a jazz club from the ground up comes with its own challenges, the foremost being funding. Puesan figures he will need about $600,000 to construct the “very tall, one-story building.” He says HR-57 has between $85,000 and $90,000 of the total already, and plans to make up the difference with website donations, an upcoming Kickstarter campaign, and some help from the city government. He hopes the club’s reputation as a cultural institution will inspire individuals, nonprofits and city officials to make an investment.

If and when Puesan attracts the needed funding, he says the new facility will allow for expanded programming. He hopes to keep the new HR-57 open seven days a week, and offer use of the space for rehearsals, community meetings and nonprofit functions during the day.

“We’re going to buy a space where we can have longevity,” Puesan said. “The structure and the institution will still be there 100 years from now.”

The local trumpeter DeAndrey Howard—a longtime regular at HR-57 who spent this week helping Puesan move out of the H St. location—anticipates the new venue will allow Puesan to bring in more prominent performers. “Tony says he’s stepping it up,” he said. Howard added that his audio production company, Musician’s Sound Systems, will provide the new club with a more robust system than it had at past locations.

The HR-57 owner estimates it could take as little as eight or nine months before the new facility is ready to go. But he won’t be sitting idle: Puesan says he is in negotiations to secure an interim venue elsewhere in Northwest.

“We will be doing events across the city, and we do have one space—I can’t speak on it now until the ink is dry—where we will be having continuous events until a structure is built,” he said.