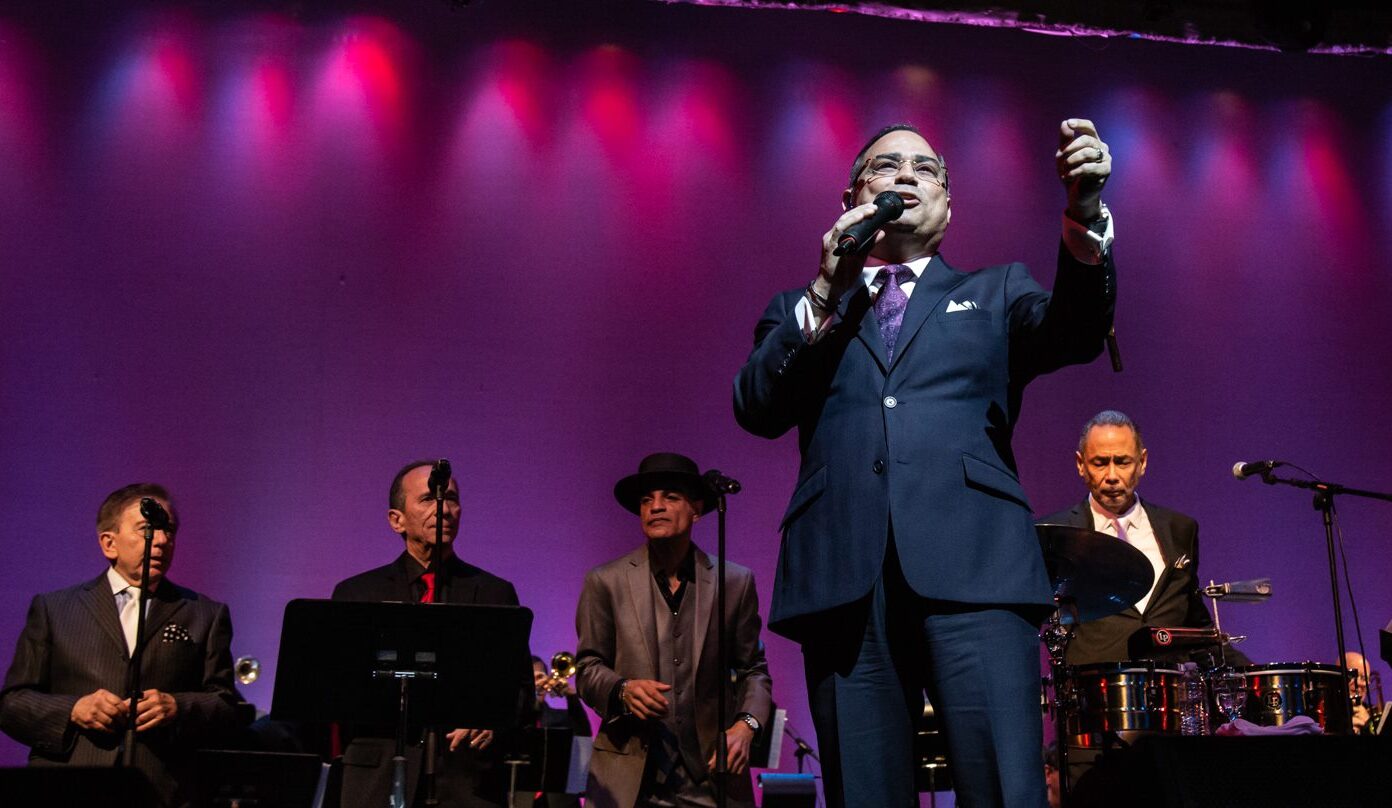 The Mambo Legends Orchestra will perform as part of the DC JazzFest's major concert at the Wharf on Saturday. Courtesy Adrian Montanez
News

Last year the DC Jazz Festival moved its annual festivities from its usual timetable in early June to Labor Day weekend, avoiding what was then a surging Delta variant wave of the COVID-19 pandemic and allowing for higher numbers of guests to be vaccinated in time for the fest). Now that move looks permanent, as the festival returns this week for five days of music in the District, running Aug. 31-Sep. 4.

As we all continue to recover from the pandemic and its many setbacks, the DC JazzFest is still not back to its previous rate of 10-plus days of programming. But all the same, it has been steadily growing in stature as a now-nationally recognized festival — and it’s what the fest doesin the days that matters more. The five days, especially the two weekend days featuring major concerts at the Wharf, are packed with options that seem designed to satisfy everyone, from casual jazz fans to aficionados.

Here are CapitalBop’s suggestions for what to catch to make the most of your festival time. You can see the full rundown of shows on our D.C. jazz calendar.

The Kreeger Museum is one of those funky yet absolutely gorgeous little private-collection museums that dot D.C. Nestled in the Palisades just northwest of Georgetown, the building’s paintings, lawn and views are a great setting to see a stellar straight-ahead jazz vocalist like Lena Seikaly. She performs with a classic, warm mezzo-soprano tone and a keen sense of swing. She sings standards and originals with confidence and imagination, and she also writes beautiful, dreamy songs.

Matthew Shipp’s most recent solo piano album is titled Codebreaker, and it is an apt point of entry for encountering his work. A presence in jazz and creative music circles for three decades, Shipp got his start on the New York scene with saxophonist David S. Ware, and gained wider recognition as a member of Roscoe Mitchell’s quartet in the late 1990s and early 2000s.

He’s seemingly ambivalent to stylistic markers, composing and playing pieces that constantly ride the knife’s edge between the traditional, harmonic and atonal schools. Stick around after Shipp’s performance for the DC JazzFest Jam, led by drummer Julian Berkowitz.

With a bassist as fluid and lyrical as Ron Carter, there are only two ways to make sure he gets his due: turn the bass amp way the heck up, or just get rid of the drums. Carter, who broke out in the 1960s as a member of Miles Davis’ legendary second quintet, and went on to become one of the most prolific sidemen in jazz history, takes the latter approach with his excellent Golden Striker Trio, which includes only bass, piano and drums.

The Mambo Legends Orchestra was founded in 2000 by former members of the Tito Puente Orchestra, to pay tribute to the incredible music of their former leader and other bandleaders like Tito Rodriguez and Machito that used to command the crowds at the Palladium Ballroom. This is Latin and big-band jazz among its finest.

Montreal-based vocalist and bandleader Vox Sambou channels the spirit of Fela Kuti and Bob Marley, making uplifting, joyful, charged music that combines Afrobeat, funk, reggae, hip-hop and rhythms from all across the African diaspora. Watch his Tiny Desk from Home concert and feel his spirit, sweat and music pour from the computer screen.

A percussionist, a transcendentalist, a smoke-machine operator, a digital-age storyteller: Marc Cary is a pianist, but he doesn’t seem like only that. Cary, 55, grew up in D.C. and started out playing in go-go bands while studying at the Duke Ellington School of the Arts. As he’s risen on the jazz scene, he has continued to incorporate hip-hop and go-go into his music, while extending a far-reaching arm into musics from across the globe, especially from India and West Africa. Here he leads a trio featuring the great DMV-based bassist Kris Funn.

You know his voice from “Jazz Night in America” but you’ve known his bass playing for the last 30 years, as Christian McBride has risen to the heights of the jazz world thanks to a singular command over his instrument. He can play blistering, percussive jazz with his groups like New Jawn or lead an orchestra from the front on massive works like The Movement Revisited. Here he leads Inside Straight, a rocking and reeling post-bop group that features Baltimore’s own Warren Wolf on vibraphone.

It only feels appropriate that the DC JazzFest should close out its first year of full programming since the start of the COVID-19 pandemic with a triumphant, energizing set by the Chuck Brown Band. The group carries on the legacy of Chuck Brown, the singer and guitarist largely credited with birthing go-go music in Washington, D.C. Even without their rough-singing, smooth-grooving frontman, the band will still almost certainly have you shouting, “Wind me up, Chuck!” at some point in the night.