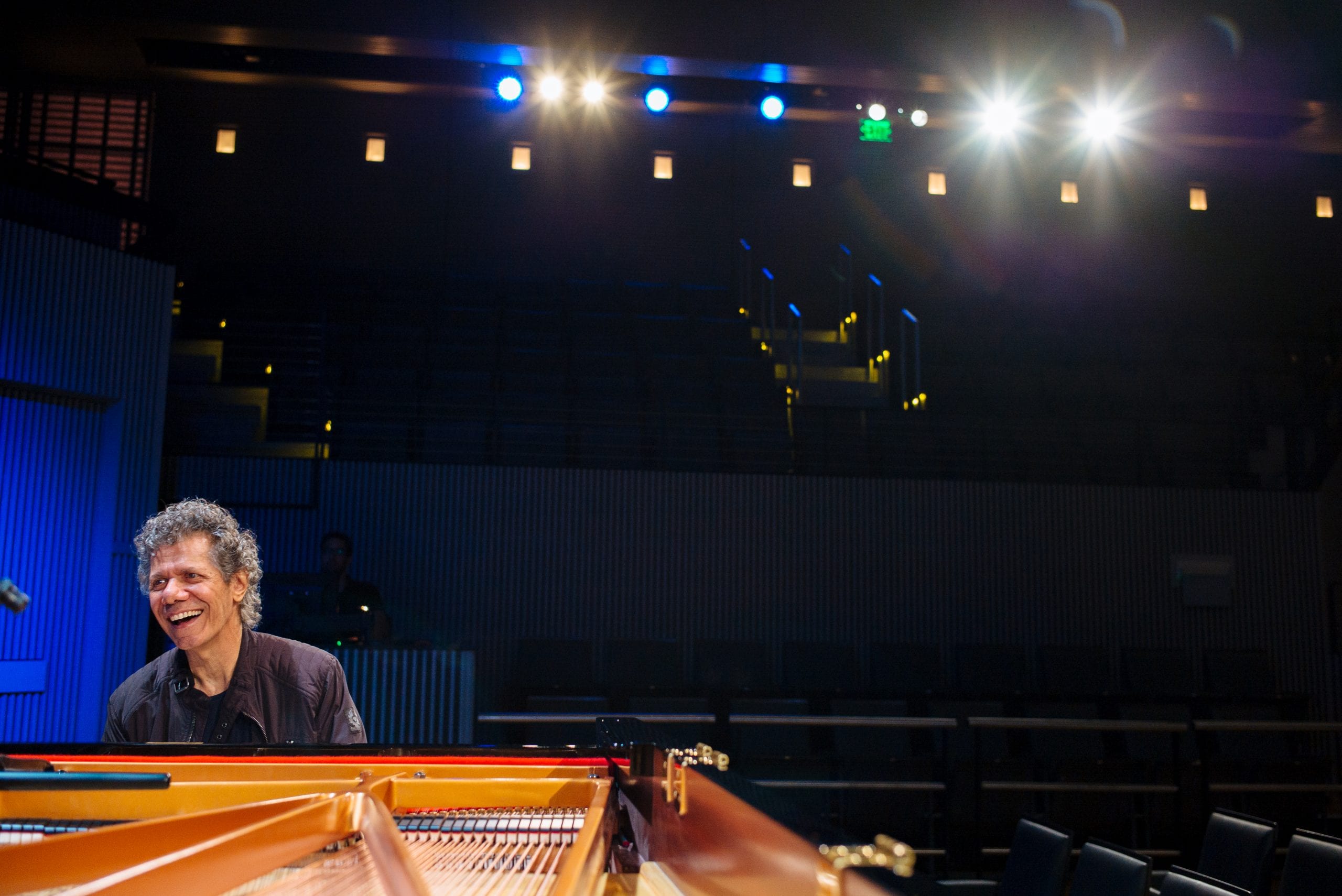 Chick Corea comes to Strathmore Music Center at the end of the month with his trio of Christian McBride and Brian Blade. Courtesy Aaron Meekcoms and Chick Corea Productions
The Month in Shows

It’s officially autumn — despite what the thermometer says — which means it’s prime time for some of D.C.’s favorite arts institutions to kick off their yearly schedules.

The Smithsonian Jazz Masterworks Orchestra starts its season with a tribute concert to hard-bop legend Art Blakey, celebrating his centennial at the National Museum of American History on Oct. 26. Similarly, the Kennedy Center’s formal jazz season begins this Friday, Oct. 4, with a strong offering: Joe Chambers and M’Boom, an ensemble founded by the great drummer Max Roach and devoted to exploring the rhythms and percussion instruments of the world.

Meanwhile, Gerald Clayton, one of the defining pianists of his young generation, plays Blues Alley on Oct. 16. And if you missed the first concert in Takoma Station’s revived jazz series, be sure to mark your calendar for Reginald Cyntje’s performance Oct. 27. As always, this is just a snapshot of what’s going on around the scene; check the D.C. jazz calendar for our full, up-to-date listings of shows in the area.

Greek bassist Petros Klampanis writes music that bridges the chamber-music worlds of Western Europe and the Mediterranean basin; lush harmonies underscore energetic folk melodies, and it’s all propelled by whirling percussion. While he often writes music for expanded groups (frequently with string sections), he performs at Twins with a trio.

Singer Akua Allrich has been performing her annual tribute to Nina Simone and Miriam Makeba for over a decade now; this will be the 11th year. The performance is now expanding to a half-day festival focused on elevating women of the African diaspora in the arts. The event, hosted at the Atlas Performing Arts Center, will feature vendors, an art exhibition and a panel discussion.

Every concert given by bassist Steve Novosel feels intimate, thanks to his careful and loving command of the instrument and the earthy boldness of his sound. At Jazz Night in Southwest, he leads a tribute to the great D.C. bassist Butch Warren, who played with Thelonious Monk, Dexter Gordon and other titans in the 1960s as the house bassist for Blue Note Records. For a time, his bass sound was the envy of the jazz world.

Pedrito Martinez, an imaginative percussionist and vocalist from Cuba, wears his country’s batá and rumba traditions as comfortably as a pair of fitted jeans. The West African rhythms that live on in Cuba are premised on a collective weave and tumble; it usually takes a handful of drummers to bring them out. But Martinez’s band has just one complementary percussionist, plus keyboards and electric bass. It’s remarkable how much he can do with the format.

Chick Corea’s sharp, wakeful attack on the piano has had an enormous impact on jazz over the past 40 years. Same for his globally minded approach to jazz fusion; with his group Return to Forever, Corea spun something new by threading Brazilian music together with rock and small-group jazz. Here he leads something of a pinnacle for the modern piano trio: he’s joined on bass by the powerful and melodious Christian McBride and the immediate, dynamic Brian Blade on drums.

Some text adapted from listings originally written by Giovanni Russonello.