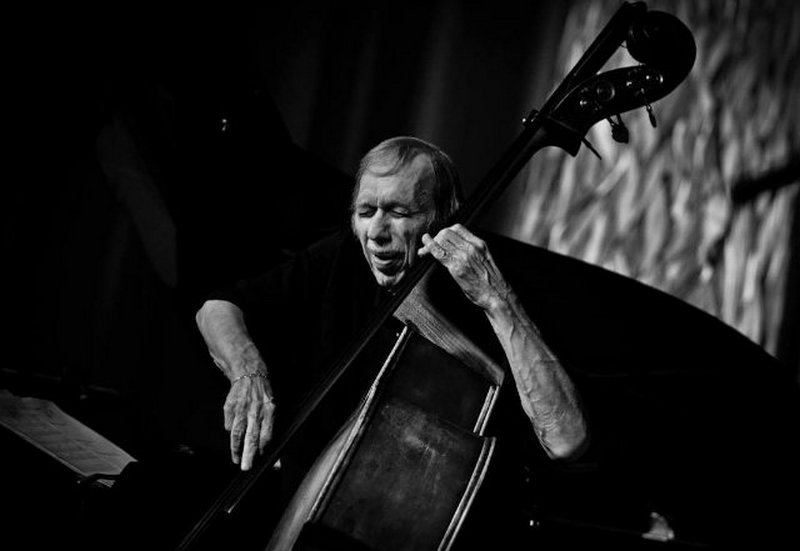 Happy New Year! I hope you all – readers, musicians and other D.C. jazz movers and shakers – got to take some time to rest, recharge and relax over the holiday period.

January is, perhaps expectedly, a rather slow month, shows-wise. The scene is resetting and adjusting, and touring artists are not quite back on the road yet after the holidays. The calendar is still full of great local music every week, but it will not be as fully “filled” out as usual, and some venues are taking a week or two off early this month to pursue the same kind of rebalancing that we all should. You’ll notice that some of this month’s five picks are actually recurring gigs (something we usually avoid highlighting in this column, in favor of one-time-only shows).

There’s some excitement on the CapitalBop front, though, as this Saturday we’ll be presenting our first show of 2023, a major concert showcase of vibraphonist and jazz wunderkind Joel Ross. Ross, who is a leader among the rising cohort of New York and Blue Note Records jazz circles, will bring his group Good Vibes to NYU Washington DC, this Saturday, Jan. 7. Trumpeter Brandon Woody will open with his own combo, Upendo.

The headline news of the month is that Thad Wilson, the beloved, lyrical straight-ahead trumpeter, is celebrating the 25th anniversary of his jazz orchestra by bringing that group to Blues Alley for a weekly residency throughout the month of January. He’ll perform with small combos as well as his orchestra, offering tributes to Duke Ellington and Sarah Vaughan, among others, and recording a new big band album at the end of the month. Quite a way to kick off the year.

For the rest of the shows this month, as always you can check our regularly updated D.C. jazz calendar.

Though on the earlier side of the night, and the northern side of town, Holt’s performances are a reminder of the spirit of old D.C., when more evenings of this musical caliber were happening late, and almost every night, at clubs like the One Step Down and all along U Street. Holt’s music reminds us that D.C. is still here, and it is beautiful.

Christie Dashiell may be D.C.’s greatest vocal export since Shirley Horn. Dashiell comes from a family of DMV musicians – her brother, CV Dashiell is one of the most prominent drummers on the scene – and that deeply rooted knowledge of the tradition comes across in every tune she sings. After making her mark as a member of Howard University’s signature Afro-Blue vocal group, Dashiell has been flitting in and out of the city as she raises her profiles singing with the likes of Marcus Strickland and Marquis Hill. There is an enchanting effortlessness with which she sings and swings, warming the hearts and ears of all who gather. Here she leads a tribute to Martin Luther King, Jr., on the holiday dedicated to his memory.

There are only a few late-night sessions in D.C., and few musicians are better-suited to lead one than Trae Crudup. The drummer, a versatile powerhouse who recently returned to the District, builds musical bridges between the straight-ahead, free, punk, R&B, funk, gospel, and “chopsy” scenes. Crudup’s nights at Harlot start out as groove sessions, with his band exploring some improvisations, some pre-composed songs, while always centering feel and tonality. Later, the hang expands to incorporate the many musicians who come through to be in fellowship with one another, many of them coming from other gigs earlier in the night.

Harlot is located in the upstairs of what the D.C. jazz community recognizes as the old Bohemian Caverns building, which housed that legendary nightclub off and on for 90 years, from from 1926 to 2016. Aptly named, Crudup’s band Black Bohemian does major work in reviving and upholding the legacy of this integral community music space.

Every concert given by bassist Steve Novosel feels intimate, thanks to his careful and loving command of the instrument and the earthy boldness of his sound. He’s a living local legend who has played for decades around the world with the likes of Rashaan Roland Kirk, Roberta Flack, Charles Tolliver and Andrew White (in whose band he played for decades).

Novosel leads a strong group of D.C. musicians here, a mix of old and young friends: Thad Wilson on trumpet, Elijah Balbed on saxophone, Harry Appelman on piano and Greg Holloway on drums.