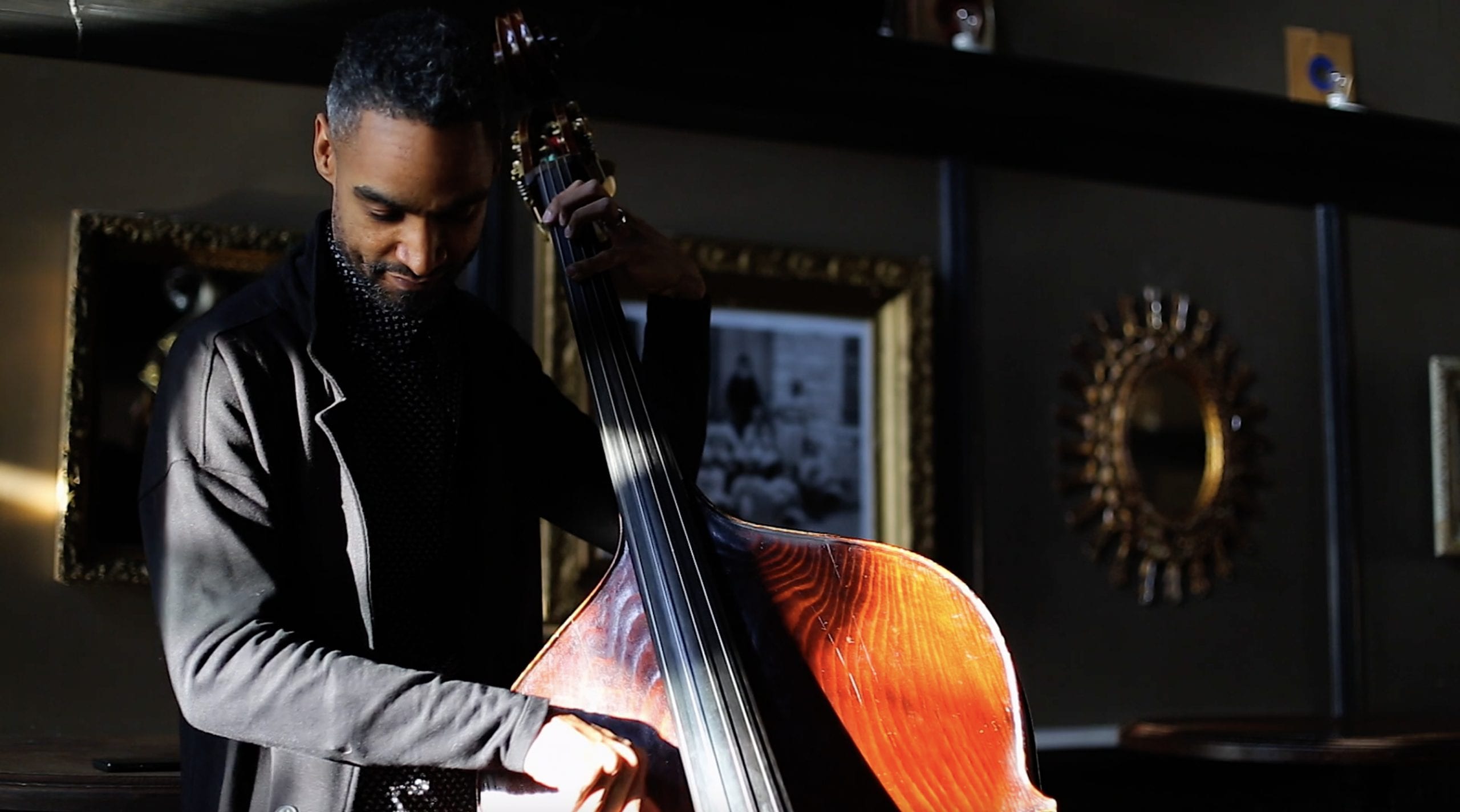 First place in the 2018 DCJazzPrix competition was confirmation that with his band Cornerstore, bassist Kris Funn has found a personal and winning formula for his bandleading aspirations. Jamie Sandel/CapitalBop
Videos

Kris Funn is one of D.C.’s most exciting new bandleaders. The bassist/composer’s 2017 debut, Cornerstore, earned top marks on our best-of-2017 list, and his hustle hasn’t let up since that album dropped. 2018 saw the release of Bodega: The Cornerstore Revisited, plus a win in the DC JazzPrix emerging artists competition at the 2018 DC JazzFest.

In advance of Funn’s appearance at our Spotlight Residency — this Thursday and Friday, March 14 and 15 — I sat down with Funn to talk about the inspiration fueling his fledgeling career as a leader. The video below features clips from that conversation, plus footage of Funn performing solo on the upright bass.

This video is the fourth installment in our “CB Sessions” video series — our first since 2015. It lives on our YouTube channel, along with others in the series and a slate of other videos. Don’t forget to subscribe, if you haven’t already.