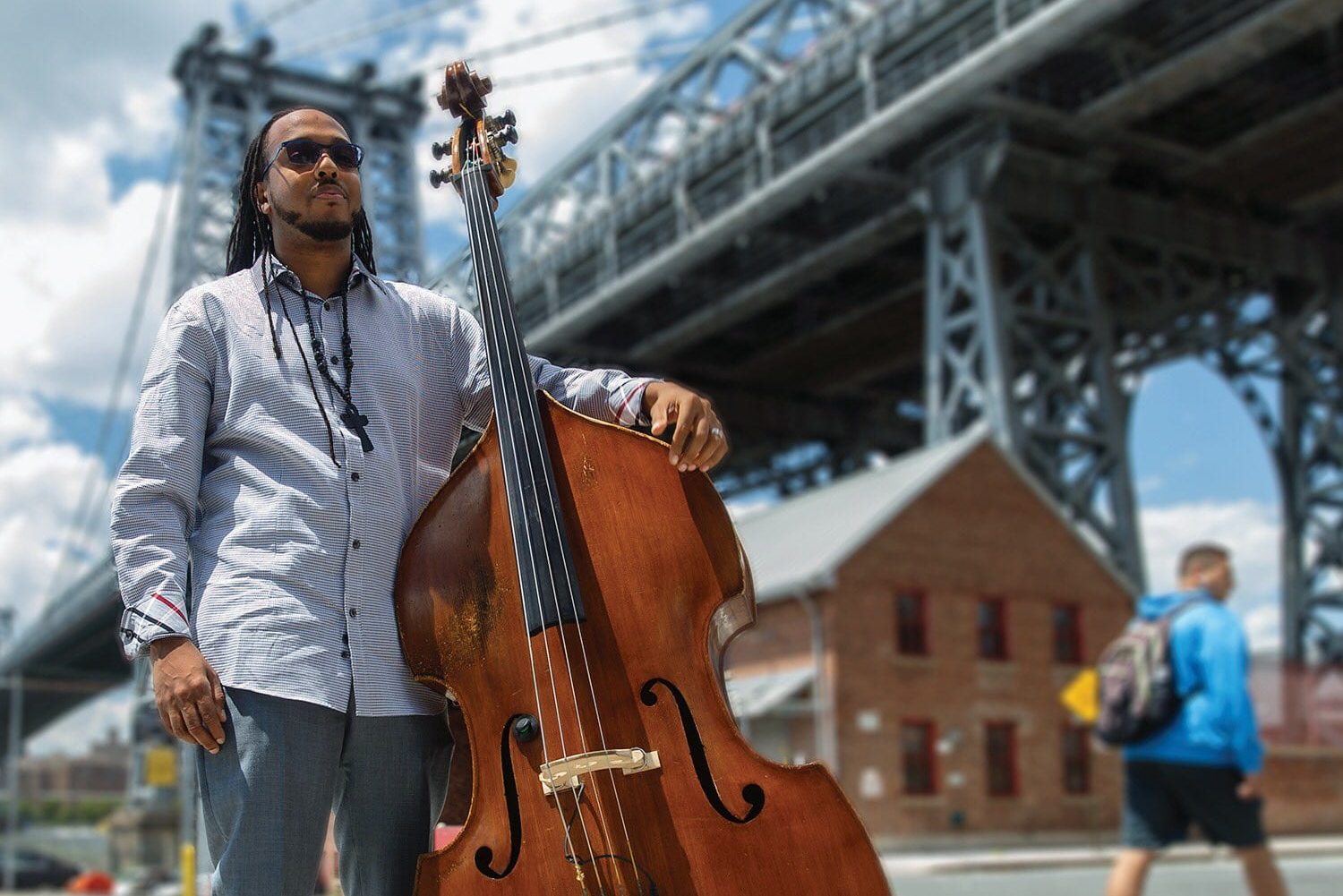 Bassist Corcoran Holt, who released his debut album as a leader 'The Mecca' in 2018, leads a band in his native D.C. this month.
The Month in Shows

Happy New Year! Lots of great music is happening in the District in the third decade of the millennium, and CapitalBop officially celebrates its 10-year anniversary later this year. We’re looking forward to telling you all about that later — but there’s plenty of great jazz and improvised music to catch right now.

In recent months, newer weekday jam sessions or residencies have emerged in D.C. Saxophonist Elijah Jamal Balbed leads a Monday night jam at the Chi-Cha Lounge on U Street NW starting at 8 p.m. Guitarist Dave Manley holds it down at the Coffy Café in Columbia Heights on Tuesday nights at 7 p.m. And bassist Steve Arnold is now welcoming all at the downtown table-tennis-themed bar SPIN on Saturdays starting at 6 p.m.

As always, this list is just meant to be a snapshot of all the shows happening in and around the Beltway this month. Check out the D.C. jazz calendar for comprehensive coverage.

Bassist Corcoran Holt began his musical career in D.C. as a 4-year-old, learning percussion on the djembe. He later switched to bass but kept that deep feeling of groove; it’s brought him to New York and around the world as a high-in-demand sideman.

He returns to his hometown for a special set featuring a killer band that includes luminaries trumpeter Keyon Harrold, saxophonist Stacy Dillard and pianist ELEW — plus D.C.’s own C.V. Dashiell on drums.

Last year, Westminster Presbyterian, D.C.’s “jazz church,” celebrated 20 years of its landmark Jazz Night in D.C. series. Some of D.C.’s elders now gather to celebrate the third decade of bringing people together on Friday evenings over music, food and community.

Under the direction of veteran percussionist Joe McCarthy, the Afro Bop Alliance performs an infectious mix of heavily grooving Afro-Cuban jazz. The Latin-Grammy-winning ensemble, which first formed in the D.C. area before relocating to New York, has expanded into a big band, showcased at this performance.

Saxophonist Elijah Jamal Balbed was born and raised in Silver Spring and is a consummate student of the D.C. music scene: He’s equally comfortable blowing some burnished, buoyant hard bop as he is grooving in the pocket of a go-go band. He can often be found leading groups of younger statesman of D.C. jazz through originals and standards that swing just right.

He debuted The Karma Suite, a 30-minute, three-piece work inspired by current events back at the D.C. Jazz Loft in 2016 and has been tinkering with it ever since. Balbed performs the work for the first time in the new decade at the Kennedy Center’s new Studio K, debuting a new arrangement indebted to Donald Byrd’s album A New Perspective.

Todd Marcus may be the most prominent bass clarinetist in modern jazz. The Baltimore-based composer, bandleader and activist makes a strong case for why the instrument deserves more recognition, whether he’s coaxing out deep melancholy in ballads or unleashing a rapid cascade of overtones. Much of Marcus’ work as a bandleader finds him exploring his Egyptian heritage, tying Middle Eastern themes and Arabic music theory to jazz settings. He topped CapitalBop’s Best of 2018 list with his portrait of West Baltimore, On These Streets, and explores furious, “chordless” small combo dynamics on his new album Trio+.